Orchestra of the Age of Enlightenment
Rebecca Miller 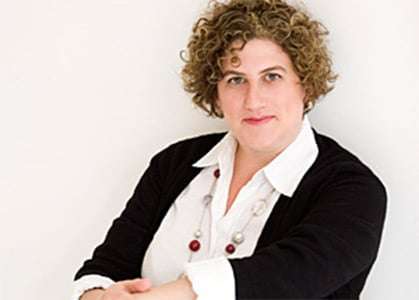 Whilst one anniversary was being celebrated next door at the Royal Festival Hall (Richard Strauss 150), the Orchestra of the Age of Enlightenment was marking another and one which, so far this year, has remained rather more overlooked – the 300th of Johann Sebastian Bach’s second surviving son, Carl Philipp Emanuel (1714-1788). Whereas Strauss represented the glorious climax of one phase in musical history, the so-called “Hamburg” or “Württemberg” Bach was a prominent exponent of the groundbreaking Sturm und Drang (Storm and Stress) period between the Baroque and Classical eras, without which Haydn and Beethoven would surely not have developed in the way they did. Nowhere is C. P. E. Bach’s influence in this direction clearer than in his Symphonies.

The one in E flat (1757) is the earliest work presented in this programme, music and performance characterised by the ebullient energy which constitute one of the hallmarks of this Bach’s style. Brittle and highly-strung are also words which spring to mind, and the athletic Rebecca Miller was unafraid to drive the restless nature of the music to its limits. The Symphonies in B minor and A (1773) come from a set of six commissioned by Baron Gottfried van Swieten, later a patron of Haydn and Mozart. 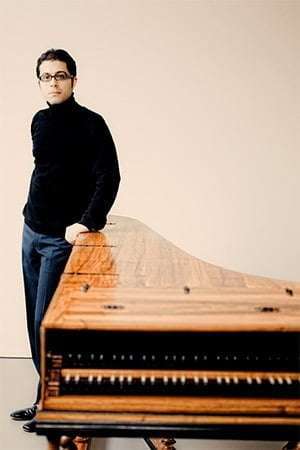 Particularly in the outer movements of these works – scored for strings – the cellos and doubles basses emphasised the repeated notes underlining the harmonies. In some ways this was rather more akin to the Concertos and Sinfonias of Vivaldi than anything Bach’s father ever wrote, though it was also a feature of some Rococo music – that other dominant style of the mid-18th-century – as evident in the pounding bass lines of Mozart’s Church Sonatas. Interestingly, too, in the slow movement of the A major piece – marked tellingly as ‘Largo ed innocentemente’ – the OAE players brought a mellifluous, Italianate tone to the main theme, in notable contrast to the more aggressive, fragmented discourse of most of the other movements throughout this concert.

In between the Symphonies came the Double Concerto (1788) – among C. P. E Bach’s final works and, insofar as any of compositions can be said to be familiar, one of his better-known pieces. As though looking back over the course of his life and the development of his musical expression, he juxtaposed the old and the new in the form of the harpsichord and fortepiano. But it is no contest. Mahan Esfahani and Danny Driver played off against one another quite amiably. In fact the harpsichordist has the busier part, and Driver would have had quite a challenge to upstage Esfahani with the slender tone of the fortepiano at his disposal. Charming as their dialogue was, unfortunately the overall pace set by Miller was needlessly fast. The flutes seemed almost to trip over their arpeggios in the first movement, somewhat raw chords interrupted rather than punctuated the soloists’ tender duet in the slow one, and there were some rough turns in the lower strings in the finale, capped by rasping horns at the end as though, ironically, not wanting to contradict the crudeness of the accompaniment generally. As an encore, Esfahani joined Driver at the fortepiano to play the slow movement of Mozart’s Sonata K381 in recognition of the inspiration that composer drew from Bach.

The last two Symphonies performed, in D and F (1780), featured horns and woodwinds in addition to strings. Here again Miller’s direction brought out their nervous energy, as for instance with the violins’ insistently repeated note played at the opening of the Symphony in D, under which vigorous arpeggios were almost pumped out. The dainty chamber-like ensemble of the slow movement was a little undermined by the flabby underpinning of the double bass’s line. The Symphony in F held a more sustained musical texture in its first movement and closed with a genial, lilting finale. Miller and the OAE responded to that by not pushing as hard as elsewhere.

Miller’s evident energy and enthusiasm clearly served these performances well in many respects. Her balletic actions on the podium, however – at times more like a gymnastic routine for the upper body – became somewhat distracting and perhaps did a disservice to the music by making it seem full merely of volatile, inconsequential effects. True, one might often wait for a melody which does not emerge, but allowing the music to flow a little more naturally might have made the experience less enervating.