Orchestra of the Age of Enlightenment
Margaret Faultless (leader & director) 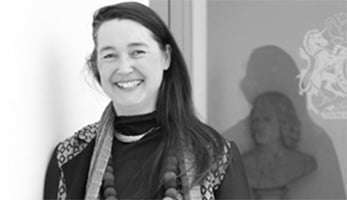 Bracing concision and facile prolixity distinguished this OAE concert. Beethoven leaves us in no doubt where they are in his Coriolan Overture, as in the Fifth Symphony with a signature gestural motto directing its high drama. The conductor-less OAE – directed by Margaret Faultless who was elevated on her own platform for all to see – played with its familiar attack, and the strings’ edgy, short bowing ratcheted up tension and energised a vibrato-free febrile sound that suited the music well.

Mendelssohn wrote his Concerto for Two Pianos when he was 15, a year before he hit precocious maturity in his Octet; the Concerto dines out on its youthful verve but could do with a bit of editing. The dialogue between the two pianists extending into their exchanges with the orchestra is partly responsible, but the piece still does rabbit on – rather like a long voice-mail that could have said in 10 words what took 100. It’s elegant and polished, with the two soloists graciously deferring to each other, and I was thankful it was being played on two silvery-toned fortepianos, without any sense of straining for Steinway spit-and-polish. 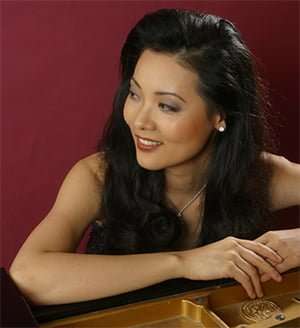 Robert Levin, who seemed to share the direction with Faultless and who played himself in during the opening tutti, strove to give the music a patrician authority that didn’t always click with its ingratiating style. His co-pianist, the Taiwan-born Ya-Fei Chuang, was in effortless control of her cascading passage-work, amazingly even decorations and her precision accents that lightly aerate the music. You couldn’t help admire the energy that rippled through their playing, and they fielded the reverie of the slow movement in such a way as to anticipate directions Mendelssohn took later in his career, but you were still aware of an excess of delight.

The two fortepianos complemented each other – hers lighter and more veiled, his with a fuller sound and volume. It was hers on which they played the Schubert duet, so there was no thickening of tone as the pianists rose to Schubert’s expressive heights. Chuang and Levin (at the low-note end) graded dynamics with great care, so the loud passages kept their bite. More fluid tempos would have given their performance more space, and the fugue sounded cautiously academic that powerfully accumulative.

It crossed my mind that a conductor might have encouraged more geniality to the OAE’s driven performance of Beethoven 8. Faultless’s nods and glances achieved everything in terms of ensemble while the music’s easy wit was well defined. The OAE’s raw, open sound was wonderfully refreshing, especially in the horn-led Trio of the Minuet, and the finale bristled with mercurial energy.