Orchestra of the Age of Enlightenment
Matthew Truscott (violin & director) 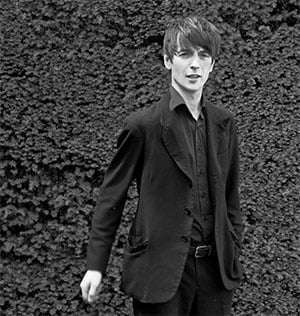 The OAE is a flexible body so far as size is concerned. For this concert, what might be described as the orchestra’s nucleus, consisting of 15 players, took part. The director on this occasion, Matthew Truscott, is one of the OAE’s four regular leaders, so instrumentally this was very much an ‘in house’ affair. Routine in musical performance is generally to be avoided, and this was routine of a high order, the execution technically immaculate, unfailingly stylish, spirited and totally committed, with smiles exchanged between the players Comment on the three concerto performances therefore rendered superfluous, other than praise for Truscott’s expressive, highly communicative performance in J. S. Bach’s A minor Violin Concerto. Of course there are many customs of playing Baroque concertante music, but for the moment the OAE’s way seems the best.

Contrast was provided by the brief Vivaldi Sinfonia, with its dark and mysterious atmosphere. 13 string players stood in a semicircle, and at its end the players plunged without pause into Sally Beamish’s Spinal Chords. This was an effective ploy, since Vivaldi’s music in such a sombre vein provided an appropriate introduction to what followed. Spinal Chords, for narrator and (also) 13 strings, was first performed in February 2012, having been commissioned by the OAE in connection with that year’s London Olympics, or in this case the Paralympics. The text was written by Melanie Reid, who describes the experience of breaking her neck and lower back in a 2010 horse-riding accident, her protracted efforts to make even a limited recovery and her coming to turns with severe and permanent paralysis. Reid’s text was commissioned by Beamish, a friend, who decided to retain it as a narration rather than set it to music.

She also used the OAE’s “distinctive techniques of Baroque string playing: expressive bowstrokes, with a minimum of vibrato”. Reid’s description of the physical and emotional experience of the accident and its aftermath is harrowing in its detail. The programme note suggested that the piece expresses “the positive spirit that lives and breathes within every [Paralympic] competitor, whatever the obstacles in their way”. I didn’t react that way: Reid’s words seemed to underline the unfairness of her predicament, and an implied warning that anyone can blamelessly have their lives radically altered for the worse, by chance. Juliet Stevenson’s delivery of Reid’s words was utterly compelling, as one would expect of an outstanding actor, and her performance overshadowed Beamish’s music, which though effective in enhancing the emotions of the spoken word, seemed merely to occupy a subordinate role.