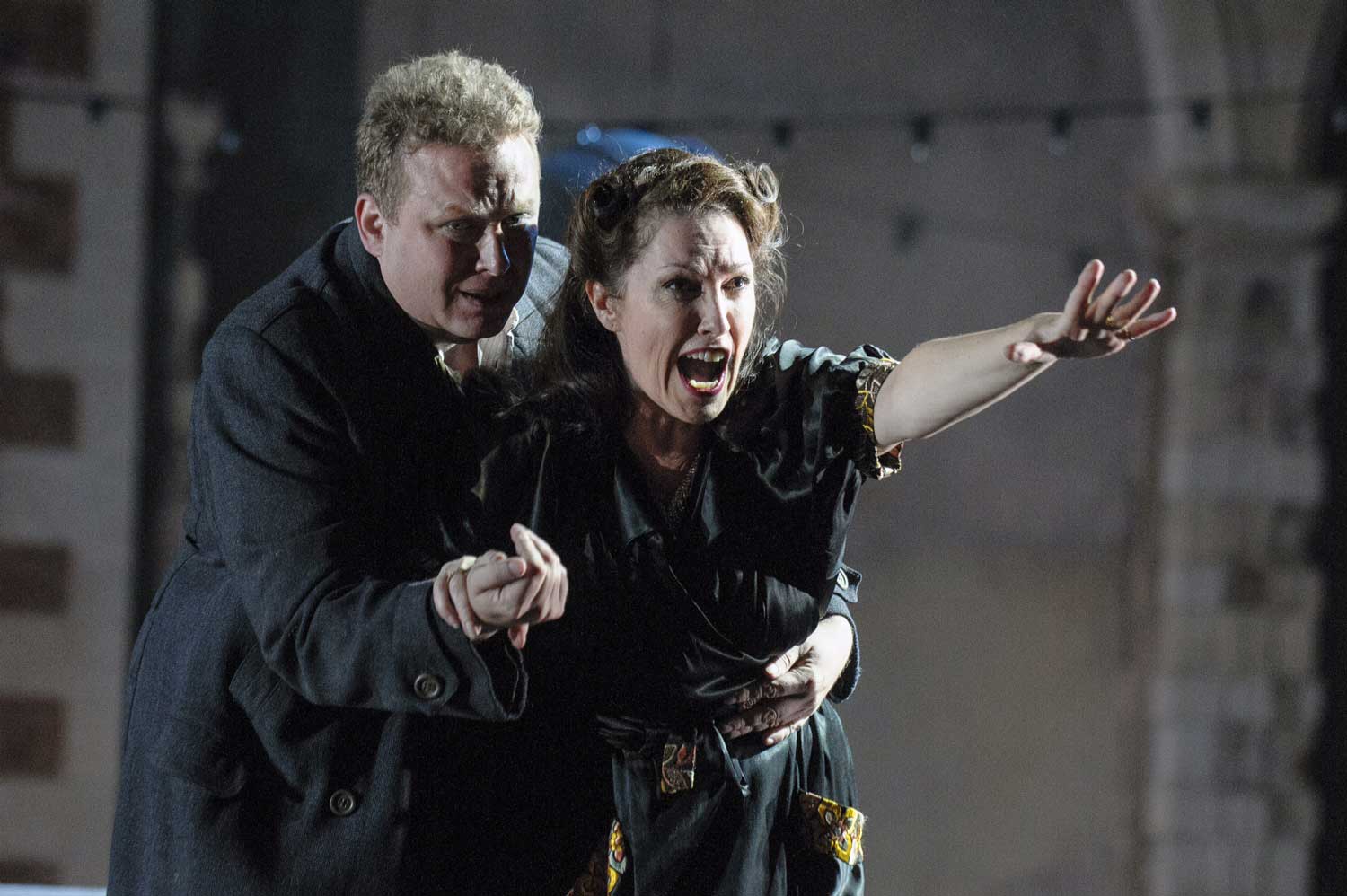 Opera Holland Park has often been at its best when staging works that tend to be judged as vehicles for star singers rather than on their intrinsic merits as music. One such is Adriana Lecouvreur, the only opera by Francesco Cilea to have held its place in the wider repertoire, and whose previous staging by OHP on its centenary 12 years ago certainly demanded some reappraisal of its qualities. Such a process continued with this new production that radically updated the setting of the opera while remaining faithful to its dramatic spirit.

Some two centuries, in fact, as Martin Lloyd-Evans took the opera out of 1730, with its decadent interaction of French royalty and theatricals, and placed it squarely within an interwar Europe beset by the rise of fascism. As with Tosca (which Adriana resembles in many particulars), time and place are less crucial than the creating of an environment comparable to the heady personal confrontations being played out. In this respect, the production serves the opera handsomely – for all that the surtitles (typically placed too high at stage-left and -right) overly played down the dramatic context, leading to evident confusion from not a few in the audience. Conversely, Jamie Vartan’s designs are as practical as they are evocative, while Colin Grenfell’s lighting agilely delineates specific characters within the general setting. The orchestral interlude just before the climactic scene of Act Two – with the varying reactions of the main protagonists set apart from the suddenly faceless ensemble – is theatrical ‘interpretation’ of a most acute as well as immediate kind. 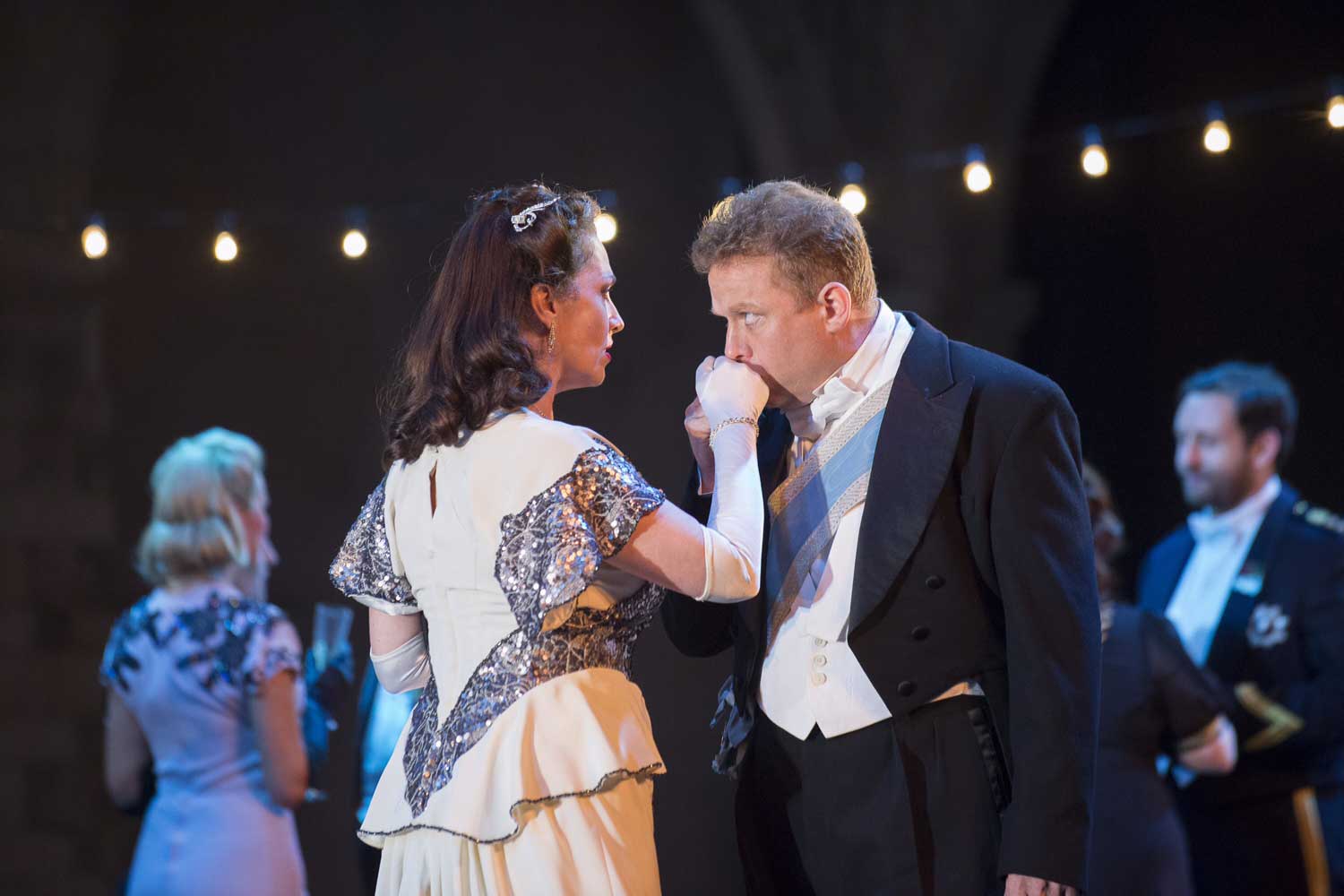 More than a ‘star vehicle’ it may be, Adriana still stands or falls by the excellence of those main protagonists, and here there were no real failings. Cheryl Barker encompassed both the passion and the poignancy of the title-role, whether in the pathos of her famous Act One aria – its sentiments as to art reflecting life enacted in various ways over the course of the opera – her dramatic recitation turning to song in Act Two, or the unexpected nobility she brought to one of the more unlikely ‘mad scenes’ in Act Three all making for an assumption as made the character both sympathetic and believable. As her rival Princess de Bouillon, Tiziana Carraro was occasionally a little strained in the higher tessitura, though her formidable portrayal of a woman spurned was as tangible as it was absolute. Simon Wilding proved highly adept as her world-weary husband: an admirable foil, moreover, to Peter Auty’s Maurizio with its pivoting between elation and despair as viscerally conveyed by his acting as by his vocal presence. Robert Burt was the cynical and scheming Abbé de Chazeuil, while Richard Burkhard periodically stole the show as Michonnet – the stage-manager whose unrequited love for Adriana is a unifying thread, musically and dramatically, throughout. The several minor roles were well taken, adding much to the whole.

There were committed contributions from the OHP Chorus and City of London Sinfonia. The former clearly relished the limelight in what, away from the main set-pieces, is an ensemble opera to a surprising and effective degree, while the latter responded ably to Manlio Benzi’s direction in denoting the score’s suavity and sensuousness. Adriana Lecouvreur is an opera awash with instances of subtle and appealing orchestration, for which it has received rather less than its due but which aspect is a further success of this admirable staging.