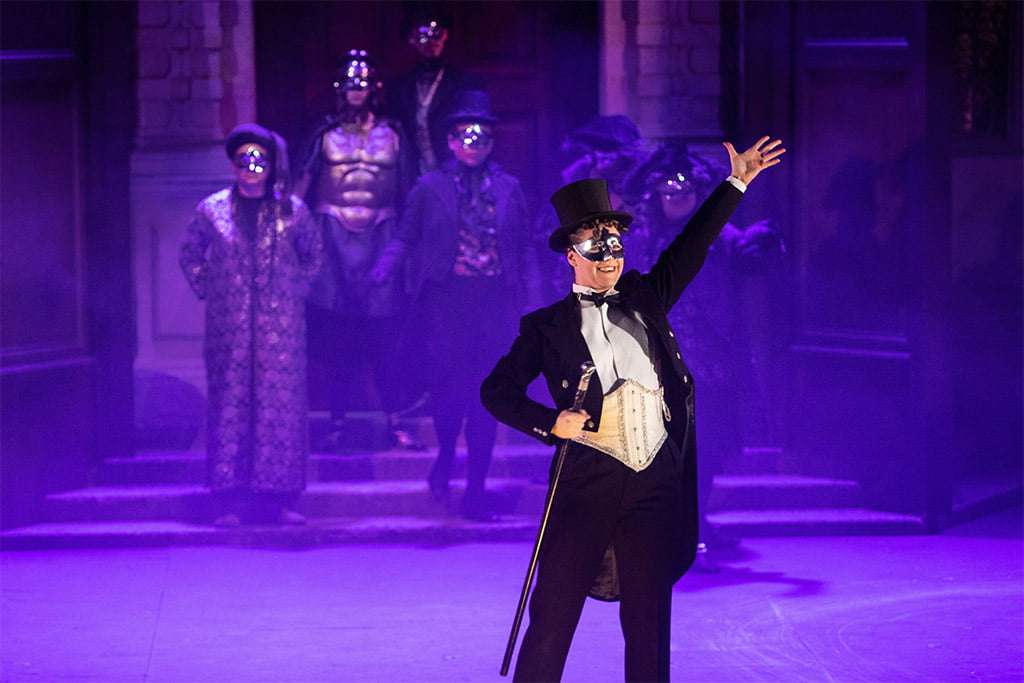 Somewhat inclement weather with significant rainfall at the start of the evening and then temperatures plummeting to the extent that one could see the exhaled breaths of the singers meant the circumstances for this performance were not ideal.

Verdi’s Masked Ball is not an easy opera to pull off anyway with its curious mix of black humour and serious drama, and both aspects need to be treated with gravity, for all the characters have their input into the whole. The influences from French operatic traditions need to be acknowledged in the direction as well (here the dancing antics of the courtiers at the end of the first scene is perhaps a little overdone). Ballo needs committed theatricality and Rodula Gaitanou’s staging in takis’s effective and flexible designs certainly provides this.

During the Prelude, some of the orchestral subtlety of which was lost amidst noise of the rain, we meet the men of the court practising their swordplay skills with premonitions of the assassination that ends the opera and the factions within the assembly. Settings and costuming are generally modern, with the Masked Ball itself providing many elements of the period of the original Swedish setting. Thus, much of the action takes place within the panelled rooms of the palaces, and in the second Act in some (illicit) medical institution, which Amelia is secretly visiting to obtain the ‘cure’ for her conflicted emotional state. The character depictions of the main love-triangle are relatively conventional, although we see Amelia (as an artist) a little earlier than usual which is helpful for context. In some of the supporting roles there is a deft directorial hand at play. Madame Arvidson is impressively dominant of her scene, yet all the facets of a lucky fraudster are there. Luckily the temptation to have her reappear throughout is resisted. Similarly, the inept conspirators Ribbing and Horn are not without elements of menace, and the ambivalence of Oscar is left tantalisingly obscure. That said, turning the judge into a vicar is a curious decision, likewise the over-literal introduction of a swaddled baby in the first scene of Act Three. The wide expanse of the stage is well utilised and chorus direction and involvement excellent. All in all, the staging has a sweep that carries one along. 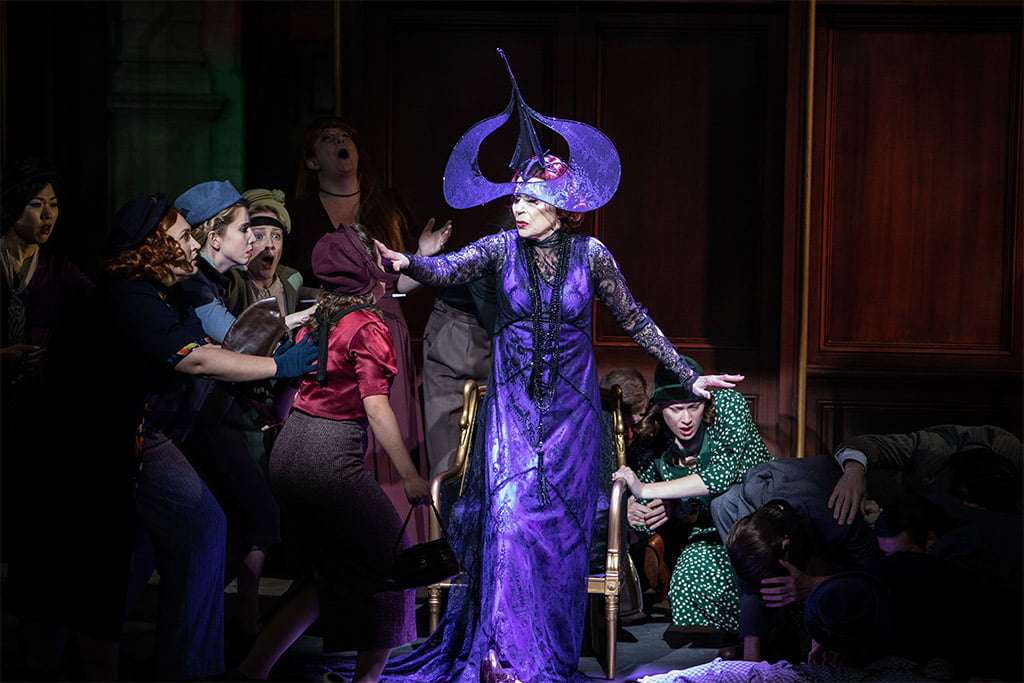 The demanding role of Gustavo is shared by two singers over the run, and here was taken by Adriano Graziani. Although clearly affected by either some physiology or atmospherics, his is a creditable performance that will surely settle. Dramatically he brings the carefree qualities of the character to the fore, as well as his amorous desires. His tone is bright and open, if occasionally a tad insistent in tonal quality, yet it has great ring when needed. Anne Sophie Duprels’s Amelia is a really complex assumption and she sings with great poise as well as flexibility. She’s a stage natural, too, bringing pathos, fatalism and abandon as Verdi requires, and George von Bergen’s ingratiating and fluid tone for Anckarström, not without the necessary sense of latent fieriness, is a great asset as well. As Oscar Alison Langer is an engaging presence. She sings with brightness and charm, the dazzle of the coloratura not overdone, although she could make more of the trills. Rosalind Plowright vamps impressively as the nervy Madame Arvidson, and looks magnificent in her costume. If she doesn’t have the booming contralto of convention for one of the lowest of Verdi’s female roles, she more than compensates with pointed diction and tonal thrust. Messrs Bevan and Savournin hit the mark as the lead conspirators as does Ross Ramgobin as Cristiano. The Chorus, especially the men, sings with style.

Orchestrally much of the distinct qualities of this score are evident. Matthew Kofi Waldren conducts a spirited and detailed account, and, in tandem with the cohesive staging, this is one of Opera Holland Park’s successful Verdian ventures.