[sung in the original languages] 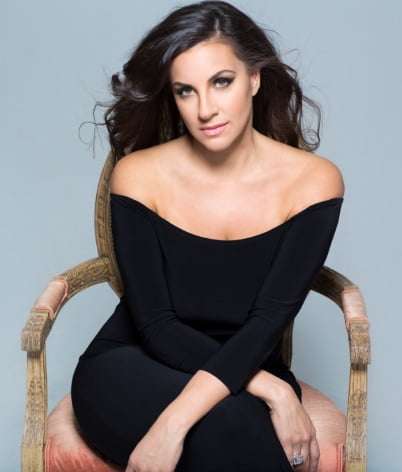 Joyce El-Khoury and Michael Spyres filled Cadogan Hall, and the eternal optimists at Opera Rara must once again be congratulated on dusting down music that would otherwise never see the light of day. Most of the arias in El-Khoury and Spyres’s recital came from the politically restless 1830s, with Eugène Scribe the omnipresent librettist. The concert was modelled on the repertoire of the two leading proponents of nineteenth-century bel canto opera, Julie Dorus-Gras and Gilbert Duprez, who between them premiered countless such works.

Spyres gave us the twenty-four-year-old Rossini’s Otello (the hero’s triumphant entrance aria). He demonstrated formidably secure control right up to the top of his register and in the andante section gave us real insight into the gentler side of the character. El-Khoury’s opening number, from Meyerbeer’s Robert le diable, was effective though perhaps just a touch hesitant (we’d been forewarned she was recovering from a cold though this did not affect her beauty of tone or huge reserves of power).

It is a tough call to sing arias removed from their context, and to expect singers and audience to connect with the words and the dramatic purpose of each. But the evening suddenly took flight with two thrilling excerpts from Halévy’s Guido et Ginévra (1838) – which stood out for the originality and quality of composition, as well as the communication and commitment of the singers. Spyres and El-Khoury were unfailingly attentive to the French text, and both delivered a full-blooded performance. 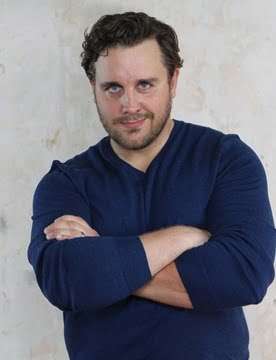 The story involves the named lovers, an assassin and a poisoned veil. So it is standard fare in terms of plot but the music is anything but. The cellos set the scene for Spyres’s character, Guido, at Ginévra’s tomb. A trumpeter (Gareth Small.rightly singled out for applause at the end) sent shivers up spines with a plangent funereal arc-like line, played as an ethereal host of the air. In response Spyres sang with affecting simplicity and an admirable belief in the text. In the second excerpt El-Khoury joined Spyres for a scene in which Guido realises that Ginévra is not dead, or a ghost. The Hallé, under Carlo Rizzi’s sure direction, offering imaginative support throughout the concert, produced here pianissimos as well as motifs that intertwined effortlessly with the vocal writing, producing what we might in another context call music-drama. The sound and the propulsion of the music were compelling, the singers hitting top notes with utmost security (high Ds in Spyres’s case). Halévy’s music constantly shifts and surprises, with Rizzi’s antiphonal violins aiding to the sense of swirling movement. If the rest of the opera is anything like these two excerpts then surely Opera Rara must record it.

The singers were given respite during the Overtures and Ballet Music. Rizzi’s joy was clear (both his feet came off the podium at times), the Hallé players trusting his beat which was at times reassuringly and appropriately free. Auber’s Manon Lescaut is especially beautiful, particularly the opening pages with their ravishing phrases and Weber-influenced melancholy hinting at the tragedy to come, before lurching into a pastiche Rossini-style gallop; very enjoyable.

A word too for guest-leader Simon Blendis, who played with gossamer gentleness for El-Khoury in the aria from Hérold’s Le Pré aux clercs (1832). Blendis’s daringly slow control of expression, sweet tone, and ability to ‘hang’ on a note all proved a perfect introduction for El-Khoury who responded with perfect intonation and much tenderness and yearning.

The evening concluded on more familiar territory, from Lucia di Lammermoor – El-Khoury in an intense ‘Regnava nel silenzio’ and, with Spyres, a dramatic yet supremely musical ‘Lucia, perdona’. This concert launched two Opera Rara releases featuring these singers, each contributing to the other’s disc in the duets.