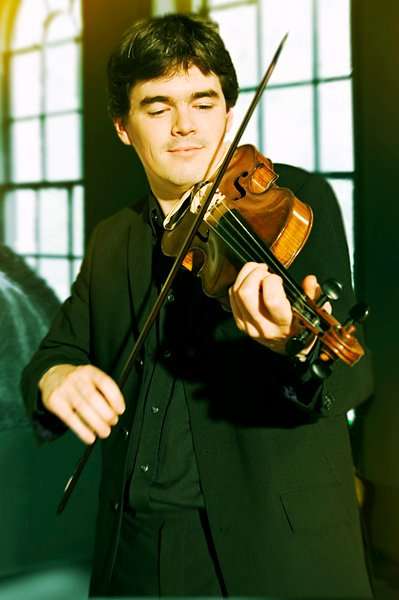 The Orchestra of the Age of Enlightenment took a ‘period’ approach to Bach’s Brandenburg Concertos and used single strings to each part. The acoustic of St John’s, though spacious, did not cloud detail and the presence of a capacity audience probably helped soak up some of the resonance.

The indisposition of Pavlo Beznosiuk meant that Huw Daniel took over at short notice. He did so in superb style, directing the OAE in all but the violin-free Concerto No.6 and also taking the solo parts in Concertos 2, 4 & 5, additionally playing a violino piccolo in No.1, the latter given a colourful reading, the placing of horns and oboes far left and far right respectively made for exciting antiphonal effects. It would be interesting to know how the few necessary ‘interpretational’ decisions were made – occasional decorations, some repeated themes were played more quietly on second statements, and very convincing choices were made in respect of the repetitions in No.1’s Finale where Roger Montgomery and Nicholas Benz were outstanding in the ‘Polacca’ – a spectacularly demanding duet for horns.

It was good to hear the clear lines of the nine strings (supported by double bass and harpsichord) in Concerto No.3. This was a sprightly account, notable for bouncing rhythms. Bach’s indication of two chords between the outer movements was slightly expanded by flourishes over keyboard harmony. This led to a dashing Finale and how refreshing to be spared the ‘traditional’ ritardando sometimes imposed on the closing bars.

Concerto 5 was given expressively, almost over-thoughtful in the first movement, if with lovely tone from Lisa Beznosiuk’s flute, rhythmic positivity from Huw Daniel and, in the virtuosic cadenza, Steven Devine exploited the tonal variety of the magnificent double-manual harpsichord, now centre-stage; previously its continuo role was from the rear of the platform from which the sound did not project too well.

In Concerto 4, Bach requires two flauti d’eco. We shall probably never know what he meant, but the use of recorders represents an ideal solution. They matched the violin’s timbre ideally and were very impressive on those occasions when playing the same notes. The recorder expert Carl Dolmetsch said that to get these instruments in unison was the hardest test of skill.

Rhythmic strength and lively tempos ensured the success of the darkly-scored Concerto No.6, given with a viola da gamba playing the inner lines. One of the more advanced elements of Bach’s writing is the use of cello, violone and harpsichord as a lyrical continuo group that is also given melodic material.

The most colourful of the Concertos – No.2 – concluded the evening. To balance the violin, recorder, oboe and trumpet against each other and against the strings can be difficult, but here there was no problem. The incredibly high part for trumpet, achieved with utmost security by David Blackadder, was given with such delicacy that the recorder had equal presence. The work is a great showpiece and came over as such especially in the Finale which swept exhilaratingly to a rousing conclusion.