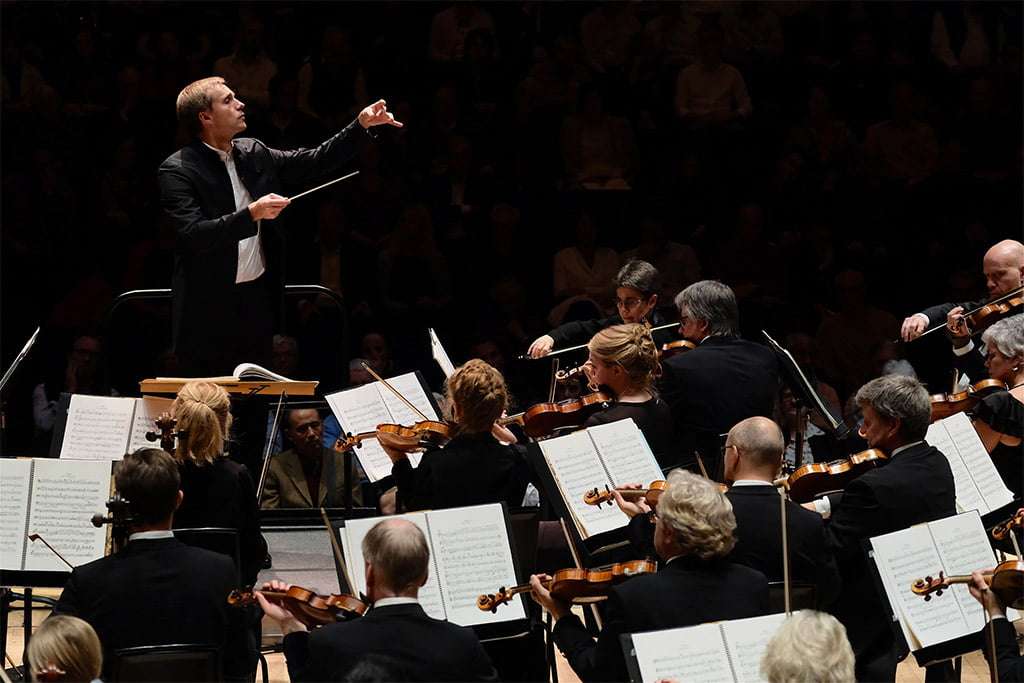 This was the Oslo Philharmonic Orchestra’s third visit to the UK this year, and its single appearance at Barbican Hall was the final staging post of its eight-concert European tour as part of its centenary celebrations. It was no great surprise to see Grieg’s much-loved warhorse at the heart of this programme, a concerto presented at the orchestra’s launch in September 1919 alongside works by Rikard Nordraak, Christian Sinding and Johan Svendsen.

Under Vasily Petrenko’s trenchant direction, the orchestra (violins divided left and right) were a precision-engineered machine, superbly disciplined and polished in each department. The refinement and uniformity of string tone was amply demonstrated in Richard Strauss’s tone poem Don Juan, played at this orchestra’s first subscription concert a century ago. This was a virile swashbuckling libertine, coloured by assertive brass and timpani, and the whole swept along with a tension-filled momentum, integrating gentler passages with plangent oboe and tinkling harp and glockenspiel. Horns were marvellously grandiose for their heroic moments with Petrenko easing into climaxes and allowing plenty of elbowroom for expansive expression before an exhilarating peroration and measured leave-taking. 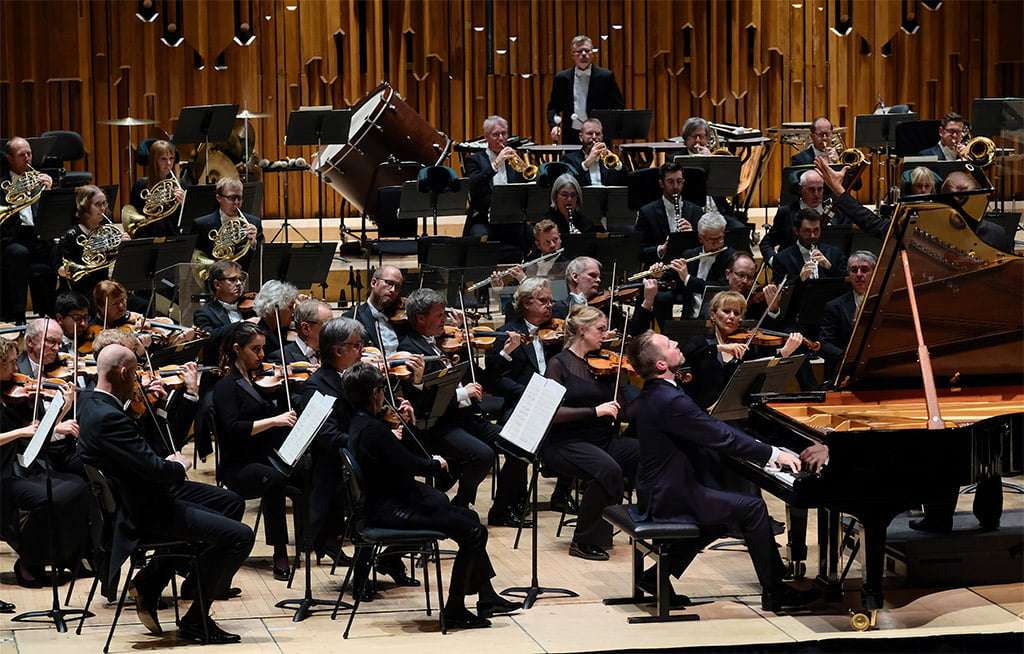 A forthright account of Grieg’s Piano Concerto followed with Norway’s own Leif Ove Andsnes delivering playing of direct expression, nothing sentimental but marked by clarity and control, imposing in his virtuosity. Muscular, crisply articulated and then thunderous by the time of the cadenza, Andsnes wove formidable technique and drama into a shapely first movement, more classical than romantic in its utterance. The Adagio was no less involving, soloist and orchestra perfect collaborators in a movement marked by affection rather than indulgence, strings warm but not syrupy and solo horn and cello bringing finesse. There was nothing routine here, and the Finale was a bracing affair (accents scrupulously and forcefully observed), brass to the fore, Francisco López’s flute appeasing and Andsnes excelling in punch and bone china delicacy of tone. Both qualities found a place in his encore – Grieg’s Norwegian March from Lyric Pieces Book V, Op.54.

As a noted interpreter of Shostakovich, Petrenko gave one of the most captivating and chilling performances of his Tenth Symphony I’ve heard. While this work may have been completed after Stalin’s death, its uncompromising desolation, brutality and cheerless swagger left me in no doubt of the terrifying political regime in which the composer lived. Its brooding first movement was no melancholic meandering but a gripping narrative that tore into the grim reality of oppression. Petrenko perfectly judged its span while his Oslo players showcased their talents in fine solo passages, not least the woodwind section whose plaintive contributions closed with two questioning piccolos over hushed strings. After the explosive Allegro, the third movement haunted with its mechanistic waltzes, personal associations (tellingly evoked by Inger Besserudhagen’s flawless horn) and Shostakovich’s own musical motto hammered out like a battering ram. Straight into the Finale and its startling traversal from desperation to defiance, its triumph brilliantly caught by players who variously chirped, glowered and sliced the air with mounting exhilaration. A great performance within a memorable occasion.

Petrenko ended the birthday celebrations on a cheerier with two jaunty encores: Grieg’s Norwegian Dance, Op.35/2, and Khachaturian’s Gopak from his ballet Gayaneh.