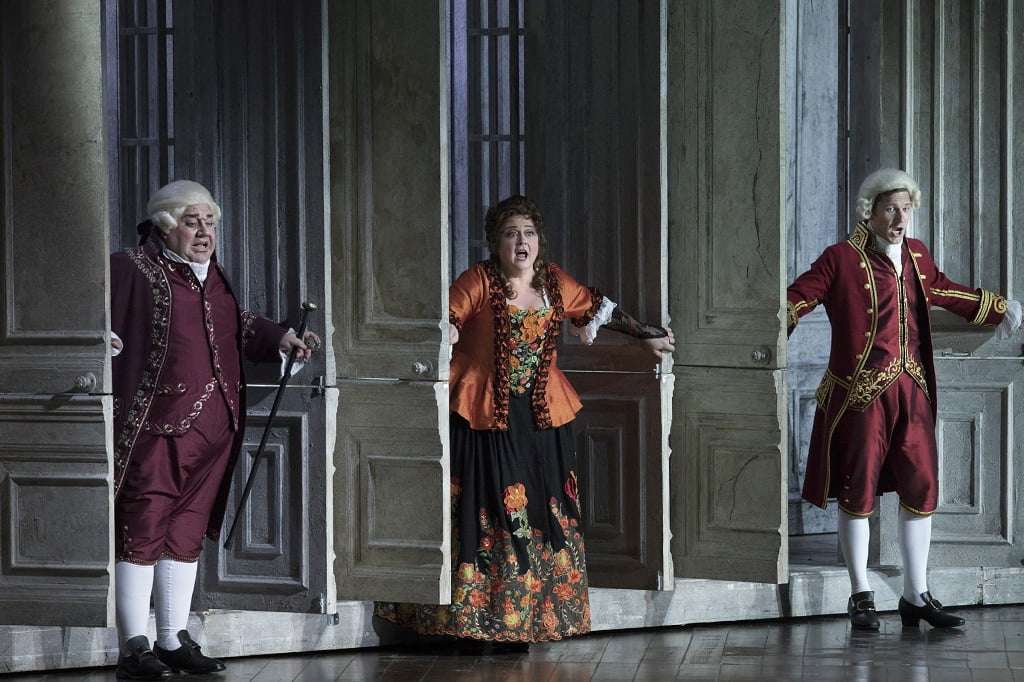 When the stars are in alignment, as they are here, The Marriage of Figaro is the most magical of operas. In this Palm Beach production, co-owned with three other companies, a strong cast and the excellent chorus and orchestra bring Mozart’s music and Da Ponte’s comedy and social commentary vividly to life.

Janai Brugger’s portrayal of Susanna finds her voice shining in one ensemble after another as well as in her Act Four aria. Marko Mimica, singing with clarity and power, is a masterful Figaro, devoted to Susanna, jealous, scheming, and willing to stand up to his employer. In one of Stephen Lawless’s many delightful touches, as Figaro sings ‘Non più andrai’ to send Cherubino off to join the Count’s regiment, he dons an apron and, returning to his barbering profession, shears off the page’s locks, leaving him holding a hatful of hair, and as Mimica renders ‘Aprite un po’ quegl’ occhi’ in Act Four, the house-lights are brought up, a theme of Thomas C. Hase’s design each time the performers address the audience, piercing the proverbial ‘fourth wall’.

David Adam Moore and Caitlin Lynch ably project the tense relationship of the Count and Countess – right up to their reconciliation in the final scene. Both of Lynch’s big arias are glorious, and Moore’s gripping ‘Vedrò, mentre io sospiro’ is a highlight. Irene Roberts is a superb Cherubino, her breathless ‘Non so più’ and lyrical ‘Voi che sapete’ both beautifully rendered, and her comedic talent is evident throughout. Valeriano Lanchas and Elizabeth Bishop give fine portrayals of Bartolo and Marcellina, Figaro’s antagonists who turn out to be his parents, and Matthew DiBattista is terrific as Don Basilio, hilarious when disguised as Don Curzio at the abortive trial of Marcellina’s case against Figaro. Adopting tempos that maintain the music’s genial nature, Antonio Fogliani keeps all in sync and dynamic balance, but I missed a harpsichord in recitatives. 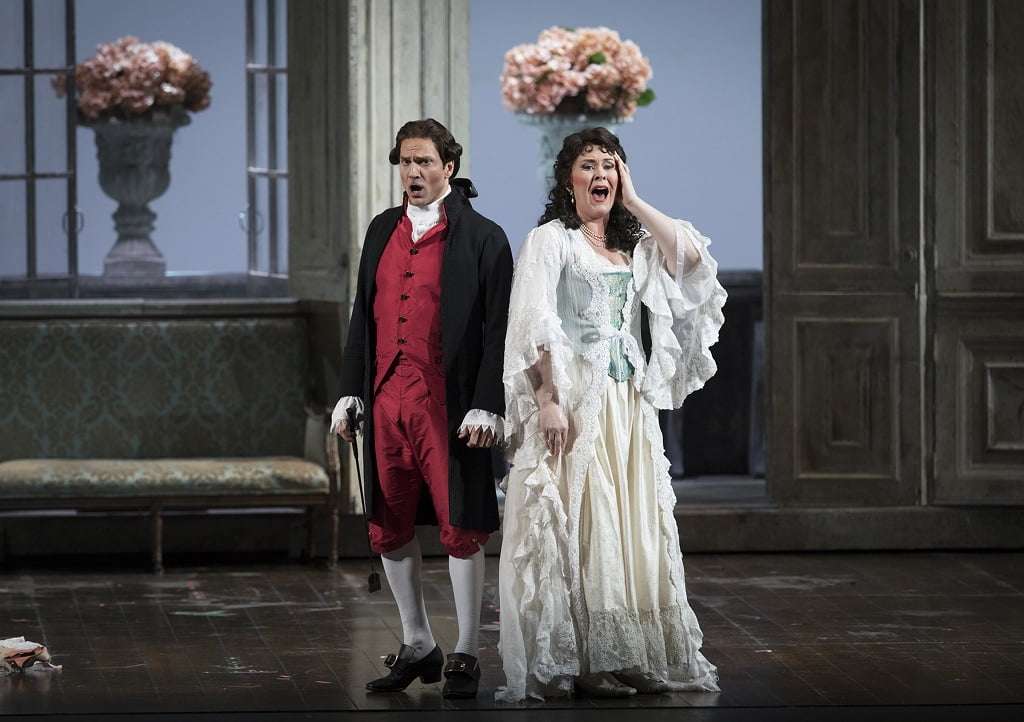 Leslie Travers’s set transforms into various locations within in the Almaviva household. Act One is set in front of a wall depicting the Count’s family tree, with doors and windows that allow the characters to enter, exit or conceal themselves. Lawless cleverly uses the sole prop, Figaro and Susanna’s marital bed, to hide Cherubino and the Count from one another and from the prying Don Basilio. The wall splits in two and rotates to become the Countess’s chamber in Act Two, and is reconfigured for Act Three to show the separate rooms of the Count and Countess. Travers’s attractive costumes underscore the prevailing social hierarchy, Figaro and Susanna in the same livery as the other servants.

Lawless’s direction shapes these rich ingredients into a charming, humorous and touching production addressing the battle of the sexes and the classes. When the protagonists, anticipating the fandango, advance toward the Count as a march plays, we sense how isolated the nobleman feels, even as he generously invites everyone to a grand celebration of the double wedding.