Pascal Dusapin
Passion – Dance-Opera in one Act to a libretto by the composer [first UK production performances; sung in an English translation by Amanda Holden] 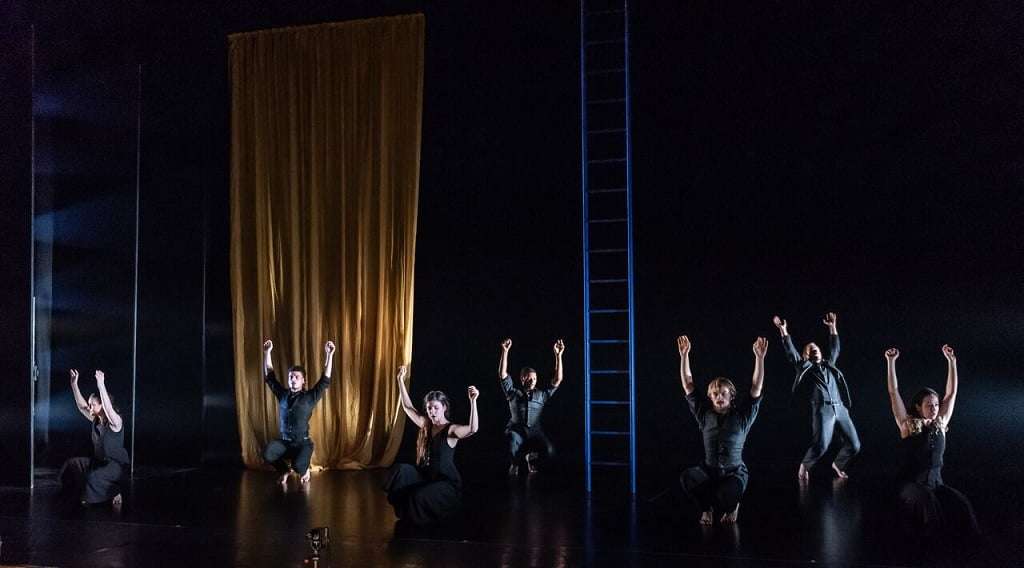 The post-war history of French music has been one of refashioning the past in the process of embracing the future and there is no more creative figure than Pascal Dusapin, whose carving out of an independent role has resulted in an output second to none in its expressive scope.

Although he has contributed extensively to all the main genres, stage-works are at the centre of Dusapin’s output. With their equivocating between poles of representation and abstraction, these exhibit the broad range of theatrical possibilities. There have been few opportunities, however, to experience them in the UK – so making this production by Music Theatre Wales of Passion the more valuable. Premiered at the Aix-en-Provence Festival in 2008, Dusapin’s Dance-Opera unfolds as an eighty-five-minute continuity in which the emotional crisis of Orpheus and Eurydice (as favoured by opera composers from Monteverdi to Birtwistle) is portrayed in intense and often sensuous though hardly archetypal terms by two singers, six dancers, offstage vocal consort and a chamber ensemble rich in timbral and historical subtleties.

As a production this proved ideally suited to the Queen Elizabeth Hall, its warmly immediate acoustic (mercifully unchanged in this venue’s recent refurbishment) worked to the advantage of Michael McCarthy and Caroline Finn’s production; its all-enveloping though by no means claustrophobic aura ably reinforced by Simon Banham’s starkly effective designs – a ladder representing the journey to then from the Underworld, and a curtain that of the ‘otherness’ that lies beyond; with Joe Fletcher’s lighting no-less focussed or unsparing. The unobtrusive electronic component was securely projected by Sound Intermedia, even if the occasional instance of low-level feedback was momentarily distracting. Overall, though, the essentially interiorised atmosphere that is constantly conveyed by Dusapin’s score was never in doubt. 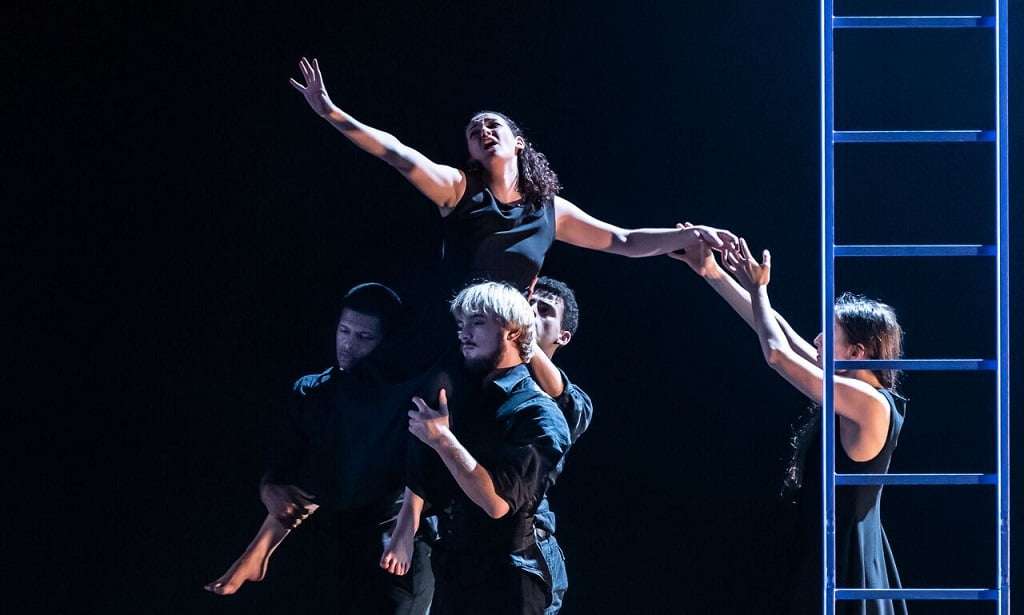 Quite whether the redressing of the psychological balance in favour of Eurydice is achieved to the degree envisaged by Dusapin, and as intended by this production, remains debatable. The role allotted the female singer enables ‘Her’ to dominate the stage at critical junctures, and Jennifer France responded accordingly with singing of unfailing poise and eloquence. Nor was Johnny Herford’s ‘He’ at all lacking these qualities, though any sense of the male role opening-out onto a new level of emotional parity seemed intermittent at best.

Otherwise, the contribution of National Dance Company Wales found the right balance between representational dance and abstract movement, with that of the vocal ensemble as tonally impeccable as expected from EXAUDI. Geoffrey Paterson conducted with his customary perception, the London Sinfonietta (too little heard in an operatic context since those far-off collaborations with Opera Factory) responding with real vitality. A typically diffident composer cannot have been other than pleased with this production as a whole.

Indeed, while Passion might not be the most inclusive or wide-ranging of Dusapin’s stage-works, it is typical in its theatrical resourcefulness and overall dramatic impact, and Music Theatre Wales can only be commended for having realised so sympathetic an achievement, currently on tour, the UK premiere itself having been in Basingstoke on October 11.