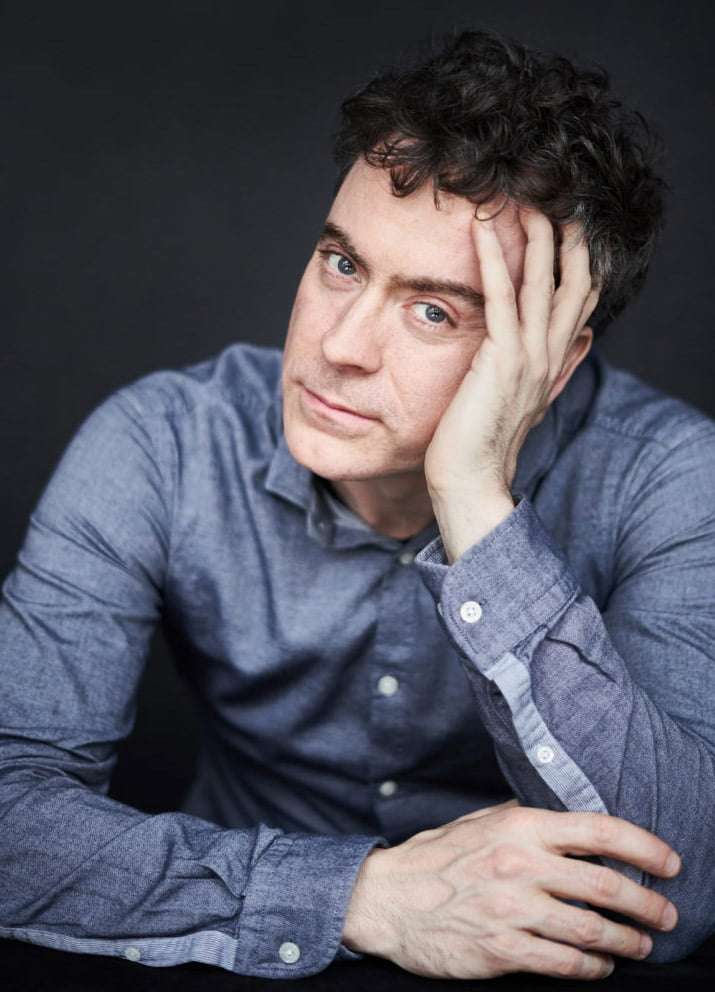 It was a case of journey’s end, as Paul Lewis reached the final stage of his traversal of miniatures by Beethoven and Brahms together with some of the piano sonatas that Haydn wrote. If you have one-hundred-and-four listed symphonies to your name, it’s not entirely surprising if your keyboard works are easily overlooked. Lewis clearly thinks there is a long line of Viennese tradition running through these three composers – Beethoven dedicated his first set of sonatas, Op.2, to Haydn – and it therefore made perfect sense to begin this recital with the middle-period sonata in E-minor.

It’s always a pleasure listening to Lewis, for he never draws unnecessary attention to himself, yet affords the listener generous glimpses into his inner world of recreation where the fastidiousness of his tonal palette and evenness of line define his artistry. With his erstwhile mentor Alfred Brendel in the audience, the first movement Presto was turned into a delightful conversation piece, the right hand frequently racing away before being gently reined in by the left, the rising bass arpeggios questioning the certainties of the melodic line. As in all polite discourse, there was a feeling of cultivated good manners extending through to the central Adagio, where shafts of sunlight caught the sheen of the polished mahogany and glint of ormolu in the imperial ballroom, and then into the high-jinks of the finale. In a programme note, Lewis writes of Haydn’s “outrageous ability to surprise, shock and poke fun”, and this was nowhere more in evidence than in the rippling figurations at the close where all the fun teasingly disappeared into a puff of smoke.

In the first of Brahms’s Intermezzos, the one in E-flat, Lewis started quite slowly and softly. With the descent into the minor key came hints of Stygian gloom and those caliginous properties which Schubert, another key figure in the Viennese tradition, had explored two generations back, a beautiful morendo at the end reinforcing the approaching darkness. Stronger contrasts followed in the B-flat minor piece where Lewis gave full value to the con molto espressione marking, and there was much animated playing in the concluding C-sharp minor Intermezzo, which yielded almost effortlessly to those characteristic moments of rumination. Lewis never lingers; just occasionally though I had wanted him to indulge with a little more rubato. Throughout these late pieces the composer is in his rainy-weather mode, ideal music for those autumnal days when the twilight wraps itself around you ever earlier and the leaves skip gently on the pavements.

From tiny acorns mighty oaks grow. Who could have imagined that when the Viennese publisher Anton Diabelli invited many illustrious names of the day to compose variations on a waltz he had written, one great arborescent beauty would emerge from just one of these pens? Beethoven found the original itself laughably banal – “a cobbler’s patch” – rather than an elegantly finished shoe. What he then did, however, was to create a veritable embarrassment of riches, a total of thirty-three variations written in two spurts and separated by the Missa Solemnis. Since then it has always been viewed as a pianistic pinnacle.

What is more important, the bigger picture, or an ability to inhabit these pieces – almost half of which take less than a minute to perform – at a microcosmic level and explore every possible nuance? More particularly, how close can the artist get to encompassing a gamut of qualities like the mock-heroic, the parodistic, the whimsical, the mercurial, the austere and the sublime? In today’s parlance: that’s a tough ask.

I think Lewis has deepened his characterisation since making his recording of the work almost a decade ago; it now has a lived-in feel to it. The enunciation of the initial Diabelli theme was jaunty, less of a waltz than a march, so that the transition into Beethoven’s first variation – “Veränderungen” (transformations, alterations) – was virtually seamless. There was a delightfully insouciant cheekiness to Variation V which gave way to more traditional late-Beethovenian territory in the following variation with much growling from the depths, the bass line emerging imperiously. The Presto Variation X, delivered at breakneck speed, had a dazzling, quasi-Mendelssohnian lightness to it, whereas Variation XIII immediately issued a set of peremptory challenges to the listener. At this point I was reminded of the way in which the furies are gradually tamed in the slow movement of the composer’s Fourth Piano Concerto. In Variation XX Lewis took his time over the placing of those soft chords which conjure up the faraway and unearthly; his hushed and ethereal playing then ceded naturally in the following variation to the revolutionary spirit, launched in coruscating fashion.

If Lewis was alive to the playful elements in the music – the cat-on-a-hot-tin-roof quality of Variation XXII, the racing runs in Variation XXIII and the catch-me-if-you-can attitude of Variation XXVII – he was no less successful in conveying the sombre side of Beethoven’s creation. This was especially marked in the J.S. Bach-like solemnity of Variation XXIV, graced with chocolate-coated tones, as in the finely-wrought cantabile playing of that clutch of C-minor variations (XXIX-XXXI) which take us into the shadowy depths of the soul. The final Handelian fugue in Variation XXXII was turned into a pianistic tour de force, with thundering right-hand chords undaunted in their conviction, before the miracle occurred in the transition to the final Variation, those soft and magically placed chords that ushered in the concluding stately minuet and returned us to the world of Haydn. It was all like the creamy froth on top of a rich cappuccino.

Beethoven spends almost an hour playing tricks with every aspect of the original waltz. Hans von Bülow dubbed these variations “a microcosm of Beethoven’s art”. His achievement is in turning Diabelli’s base metal through the processes of alchemy into pure gold. I would quite happily have sat through another set of thirty-three variations by this master craftsman.