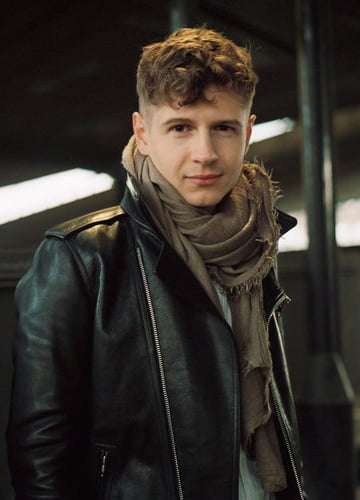 Siberian-born Pavel Kolesnikov is an individualist. Not only does he programme C. P. E. Bach’s music, the most quirky and fascinating of Johann Sebastian’s sons, but he tells us from the stage why he plays him, one reason being the composer’s “singular” influence on the Classical period.

Kolesnikov is young as yet, and while his playing shows great promise, some of this is work in progress. The Bach offerings fascinated. The almost bare textures of the Andante con tenerezza from the A-major Sonata are progressively filled in via ornamentation that becomes ever more fluid. Despite a slightly unsettled beginning, the other Sonata (given complete) was well caught by Kolesnikov, according a sense of proto-Mozartean bustle to the first movement while honouring this composer’s use of interruption, and he enhanced the feeling of the exploratory. Terrific articulation in the final Allegro of Wq55/4 sealed the deal. Then, an extra piece: the A-minor Rondo, entitled ‘La Gleim’, of 1756, with its sweet, charming theme.

Schubert’s A-minor Sonata (D537) dates from 1817 and one of its themes was used again in the A-major Sonata (D959), albeit in a very different context and with different accompaniment and texture. Schubert Sonatas are a great test for any interpreter, and the fairly muscular first movement fell short of grasping the interior aspect of this music. The central Allegretto quasi andantino was gentle, but one did not hear the special nature of Schubert’s harmonic progressions; and what appeared to be a near-memory slip confirmed that perhaps Kolesnikov’s familiarity with this score is not that profound. The Finale encapsulated all that is good about Kolesnikov: thought-through and pedalled carefully so that details remained clear.

The Schumann second half was impeccably chosen and demonstrated Kolesnikov’s technical strengths and his resonance with this composer. Faschingsschwank aus Wien contained much to praise. The dancing first movement and the beautifully pedalled ‘Romanze’, with just the right amount of mystique, boded well. Yet some crispness was lost in the ‘Scherzino’ and Kolesnikov verged on that archetypal Wigmore trap of over-projection of melody in the ‘Intermezzo’. The final movement scampered nicely with beautiful fluidity made.

How wonderful to hear the Nachtstücke. Each of the four movements originally had a title, subsequently deleted: ‘Funeral Procession’, ‘Strange Company’, ‘Nocturnal Revelries’ and ‘Round with Solo Voices’. Kolesnikov was at his best. The enigmatic passages of the second movement were particularly memorable, while the third panel was superbly impetuous, yet well-balanced, and the three-part texture of the final movement (slow bass legato, baritone melody and staccato top) was superbly realised.

The first encore was not long in coming; too quick, one might argue, the Wigmore audience wasn’t going anywhere. A lovely touch, though, to include his own transcription of Schumann’s ‘Mein schöner Stern’ (Opus 101/4) before rounding off with C. P. E.’s Solfeggietto (Wq117/2), fleet-fingered and leaving us wanting more: more of Kolesnikov, yes, and more C. P. E. Bach, for sure.