Skip to content
LnRiLWNvbnRhaW5lcltkYXRhLXRvb2xzZXQtYmxvY2tzLWNvbnRhaW5lcj0iNmIzNDMzNmNmZTc3NWZiNGJlMTVjMmIwMzU3NWM1MjYiXSB7IHBhZGRpbmc6IDI1cHg7Ym94LXNoYWRvdzogNXB4IDVweCAxMHB4IDAgcmdiYSggMCwgMCwgMCwgMC41ICk7Ym9yZGVyOiAycHggZG90dGVkIHJnYmEoIDEwOSwgMTA4LCAxMDgsIDEgKTsgfSAudGItZmllbGRbZGF0YS10b29sc2V0LWJsb2Nrcy1maWVsZD0iODM3Y2ExZjc0MGRjZDdkOTdlMzQzOWMyYjIwMWZmZTMiXSB7IGJhY2tncm91bmQtY29sb3I6IHJnYmEoIDIzOCwgMjM4LCAyMzgsIDEgKTtwYWRkaW5nLXRvcDogMTBweDtwYWRkaW5nLWJvdHRvbTogMTBweDtwYWRkaW5nLWxlZnQ6IDEwcHg7IH0g
LnRiLWNvbnRhaW5lcltkYXRhLXRvb2xzZXQtYmxvY2tzLWNvbnRhaW5lcj0iNmIzNDMzNmNmZTc3NWZiNGJlMTVjMmIwMzU3NWM1MjYiXSB7IHBhZGRpbmc6IDI1cHg7Ym94LXNoYWRvdzogNXB4IDVweCAxMHB4IDAgcmdiYSggMCwgMCwgMCwgMC41ICk7Ym9yZGVyOiAycHggZG90dGVkIHJnYmEoIDEwOSwgMTA4LCAxMDgsIDEgKTsgfSAudGItZmllbGRbZGF0YS10b29sc2V0LWJsb2Nrcy1maWVsZD0iODM3Y2ExZjc0MGRjZDdkOTdlMzQzOWMyYjIwMWZmZTMiXSB7IGJhY2tncm91bmQtY29sb3I6IHJnYmEoIDIzOCwgMjM4LCAyMzgsIDEgKTtwYWRkaW5nLXRvcDogMTBweDtwYWRkaW5nLWJvdHRvbTogMTBweDtwYWRkaW5nLWxlZnQ6IDEwcHg7IH0g
Scriabin
Part 1: No.1 in F-minor, Op.6; No.4 in F-sharp, Op.30; No.9, Op.68 (Black Mass); No.5, Op.53
Part 2: No.6, Op.62; No.7, Op.64 (White Mass); No.8, Op.66
Part 3: No.2 in G-sharp minor, Op.19 (Sonata-Fantasy); No.3 in F-sharp minor, Op.23; No.10, Op.70
LnRiLWNvbnRhaW5lcltkYXRhLXRvb2xzZXQtYmxvY2tzLWNvbnRhaW5lcj0iNmIzNDMzNmNmZTc3NWZiNGJlMTVjMmIwMzU3NWM1MjYiXSB7IHBhZGRpbmc6IDI1cHg7Ym94LXNoYWRvdzogNXB4IDVweCAxMHB4IDAgcmdiYSggMCwgMCwgMCwgMC41ICk7Ym9yZGVyOiAycHggZG90dGVkIHJnYmEoIDEwOSwgMTA4LCAxMDgsIDEgKTsgfSAudGItZmllbGRbZGF0YS10b29sc2V0LWJsb2Nrcy1maWVsZD0iODM3Y2ExZjc0MGRjZDdkOTdlMzQzOWMyYjIwMWZmZTMiXSB7IGJhY2tncm91bmQtY29sb3I6IHJnYmEoIDIzOCwgMjM4LCAyMzgsIDEgKTtwYWRkaW5nLXRvcDogMTBweDtwYWRkaW5nLWJvdHRvbTogMTBweDtwYWRkaW5nLWxlZnQ6IDEwcHg7IH0g 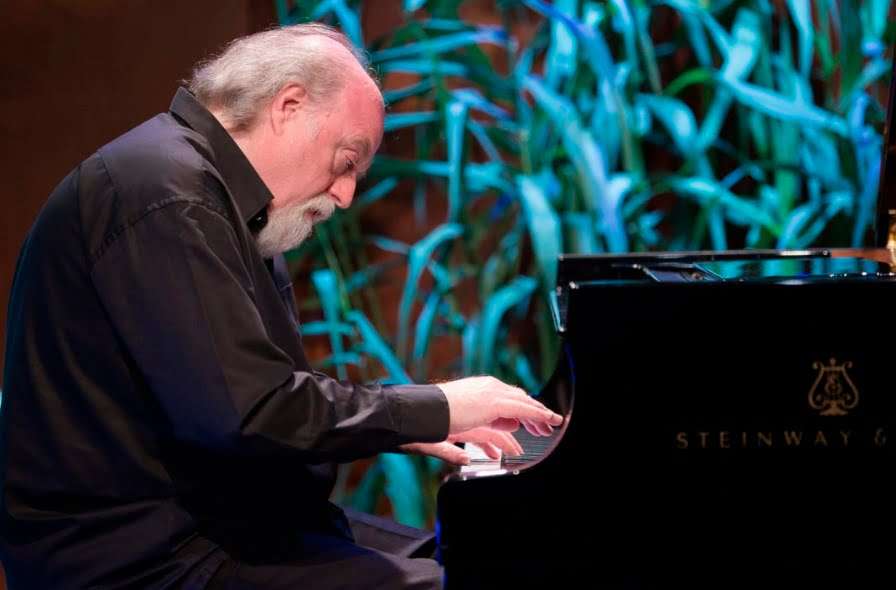 It is surprising how few major composers have written cycles of Piano Sonatas in the wake of Beethoven, with the ten-strong sequence by Scriabin among the most significant. Not that they require several evenings, a full traversal coming in at little more than two hours, and so well suited to an extended recital such as Peter Donohoe undertook at Milton Court. Starting from the maxim that if one begins at the beginning then ends at the close the rest will fall into place, Donohoe presented his survey across three roughly forty-five-minute spans separated by two half-hour intervals; making for some interesting if, on occasion, disjunctive contrasts and permitting him much-needed breaks over this considerable pianistic fete. The emotional and intellectual distance travelled was accordingly far greater than the twenty-two years of Scriabin’s life.

Begun at a time of evident crisis, the First Sonata (1892) is a reckless yet impressive take on Chopin’s B-flat minor Sonata which Donohoe tackled head on; albeit with an audible loss of focus near the close of the combative opening Allegro, then a slow movement rendered too prosaically for its inwardness to register. The explosive Scherzo had the right headlong force, with the funereal Finale more successful in its martial outer sections than in its more equable central episode. Donohoe hit his stride more fully in the Fourth Sonata (1903): nominally in two movements, its Andante is preparation for a Prestissimo notable more for its unbounded activity than its melodic blatancy (shades of the Second Symphony’s Finale all too apparent). The Ninth Sonata (1913) finds Scriabin having abandoned formal precepts for a cumulative interplay of terse motifs and elliptical harmonies whose ‘Black Mass’ connotations seem less ritualistic than ominous. Donohoe despatched it with suitably gnomic resolve, before heading straight into the Fifth Sonata (1907).

This first and most diverse of his one-movement Sonatas remains the most scintillating of all these works and the formal control exerted here made for an electrifying close to the first part, the final bars literally flying off the top of the keyboard. 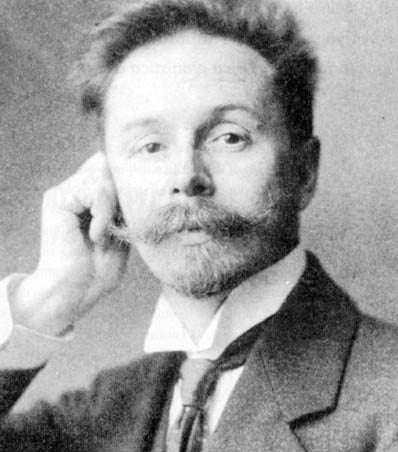 The second part consisted of Sonatas 6 to 8, given as a continuous sequence. This made sense in framing what is the most formally cohesive and emotionally (if not tonally) stable of the later Sonatas with the most spontaneous and open-ended. That said, the Sixth (1912) builds elements of repetition into its capriciousness that Donohoe was mindful to underline in what a perceptive reading of this disquieting piece. Other pianists have invested more galvanic momentum into the terraced paragraphs of the Seventh Sonata (1912), but there was no lack of impetus as the visceral final pages of this ‘White Mass’ suddenly vanish into nothingness. After which, the Eighth (1913) can all too easily feel diffuse, and while Donohoe was as alive to its discursive non-sequiturs as to its balletic flights of fancy, the sense prevailed of a piece fascinating in its moment-to-moment incident yet frustrating in its overall conception.

Not so the Second Sonata (1897) that began the third and final part – as, though formal and expressive contrasts between the two movements of this ‘Sonata-Fantasy’ are absolute, the eddying intensity of its Andante (among the most alluring seascapes in the piano literature) finds a natural corollary in the wave-like surges of the ensuing Presto. Equally responsive to both, Donohoe was no less inside the Third Sonata (1898) – though, for this listener at least, the latter’s unleavened chordal rhetoric (at times almost a parody of Chopin’s B-minor Sonata) suggests less the arrival at an idiomatic style than a passing détente with the Romantic piano tradition such as Scriabin duly left behind. The contrast between this and the Tenth Sonata (1913) could hardly be greater (and was maybe Donohoe’s intention in programming them thus?). Here the alleged inspiration of the forest leads to music of a poise and limpidity that suggests limitless new horizons, the shimmering aura of its trill-laden textures thrown into relief by the wistful radiance of opening bars which return as if in benediction at the close.

Prefacing each Sonata (the Seventh and Eighth excepted) were reminiscence and recollections from Scriabin’s colleagues and contemporaries, selected and recited by Gerard McBurney, along with photographs of the composer and the Moscow which was periodically his home. These offered a valuable context for the music, besides reminding that Scriabin – whatever his egoism and self-absorption – was a gregarious figure and always accessible to those who valued his music. Abstract images drawn from early Russian photographers, and projected onto the back of the platform by Mike Tutaj, were less of an enhancement without detracting from the music while in progress. It all made for a worthwhile afternoon spent in the company of one of the early-twentieth-century’s most original as well as enduring creators.