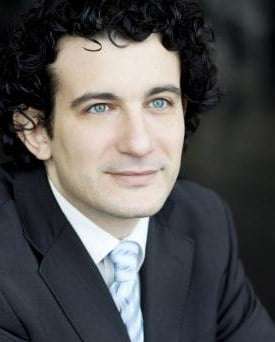 The Philharmonia has been closely nuzzling K491 in recent months. It featured in the Orchestra’s BBC Prom last season with Esa-Pekka Salonen conducting and when David Fray was the soloist. It was broadcast. A few months later they welcomed Lang Lang for this C-minor Mozart in the Royal Festival Hall, and now here again was Fray in this very Piano Concerto in the same venue and it too was broadcast. Rather odd when there are numerous Mozart Piano Concertos of equal-masterpiece status to choose from, and Fray plays at least three others (9, 22 & 25). Now we know why Lewis Carroll’s Alice exclaimed “curiouser and curiouser!”.

But this wasn’t a case of diminishing returns, for my digression delays welcoming this performance as spellbinding. David Fray, one of the most refined and poetic of pianists, also shares with Radu Lupu the use of a hard-back chair. From the off, this was a suspenseful account, the first-movement tempo broad yet purposeful, Fray not so much playing the piano as communing with it, ‘first among equals’ with the Philharmonia and Alain Altinoglu being fully in the picture and complementing the soloist, not least the woodwinds, beguiling in their serenading during the central Larghetto, which while simply phrased and flowing was also full of import. Fray’s choice of Paul Badura-Skoda’s first-movement cadenza – more of a fantasia – offered an appealing extending of horizons, and in the Finale (where shadows return), the music’s claustrophobia was beyond doubt although Fray also found light, shade and grace in the solo part. He offered an encore (if only just!), a Chorale Prelude by J. S. Bach as transcribed by Busoni, which was given with such searching so as to transport the listener.

Paris-born Alain Altinoglu (recently installed as music director of the Théâtre Royal de la Monnaie, in Brussels) is aged 40, and was making his debut with the Philharmonia. He’ll no doubt be invited back for his genial manner and carefully crafted conducting certainly connected to the musicians. The works by Ravel and Debussy were well-performed – good, even very good, accounts, but all three fell short in some way. 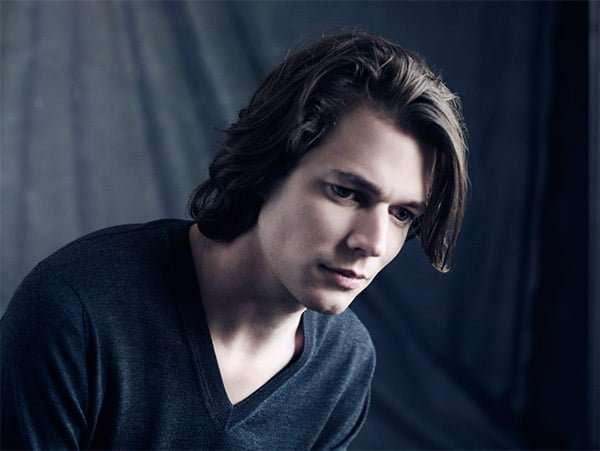 Mother Goose, for all the finesse on offer bordered on the static, and could also be curt; the music wasn’t quite the wonderland it can be, that subtle mix of innocence and experience. Plenty of exotic colour, mind, in the ‘Pagodas’ movement, perfectly paced, dashing but poised – and this conductor likes to highlight harps and celesta – while the ‘Fairy Garden’ that closes things had depth of feeling and glowed with inner emotion.

La mer was at times hasty and brightly-lit, and there were the odd moments in all three movements were a little more time spent on details, and a little less harrying, would have been beneficial; ensemble was challenged. Altinoglu had the symphonic aspects of this score at heart, but his flexibility, in one sense part and parcel of the music, wasn’t always timed so as to feel naturally integrated into the larger design of this masterpiece, the equilibrium of structure and (a word Debussy did not care for) impressionism not always even-handed.

Altinoglu was though capable of conjuring waves of sound, and an impassioned response – while generally keeping a good instrumental balance – so all seemed set for a La valse of seismic proportions. It didn’t quite come off, though. In music that journeys from the splendour and carefree society of nineteenth-century Vienna (the home of the Waltz, of course) – brought off here with chandeliers and bejewelled ball-gowns to the fore – via World War One to a jugular-attacking coda of destructive frenzy, this was ultimately just a little pushed-through and tame. A bass-drum shot failed to arrive.

Earlier in the evening, the Philharmonia’s redoubtable Music of Today series wasn’t quite as expected. Darrell Ang had been replaced by an MoT veteran, Pierre-André Valade, and Pierre Boulez’s fantastic Messagesquisse (for cello and six accompanying cellos, composed for Rostropovich) was off the menu due to Isang Enders suffering food-poisoning and not able to make the Boulez rehearsal. But what a cellist Enders is. As advertised he played György Ligeti’s brief, two-movement Sonata, an early work, from 1953, which may not be characteristic of the composer Ligeti (1923-2006) would become, but this lyrical, expressive and rapid-fire piece really hits the spot and introduced Enders as a cellist of exceptional musicianship and technique. In place of the Boulez, Enders stayed solo for the first and last movements of Benjamin Britten’s Cello Suite No.1 (1964) – there are three altogether for Rostropovich. Once again Enders performed with intensity, lovely tone and buzzing pyrotechnics. This recital concluded with Esa-Pekka Salonen’s Mania (2000) for cello and fourteen players (four strings, four woodwinds, three brass, piano, harp and percussion, including numerous sizes of gong), scored lucidly. Enders was deeply committed to music that is active, fluid and twittering – quite compelling – and bordering on delirium. Mania is a really good and substantial 20-minute piece and was here showcased to considerable advantage, Pierre-André Valade typically unflappable in his direction.