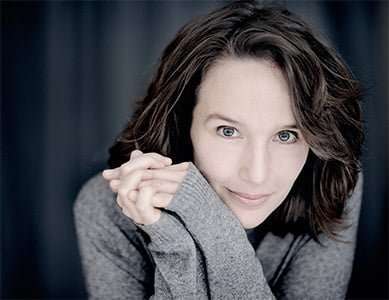 The opening concerts in the Philharmonia Orchestra’s Brahms series went ahead without Andris Nelsons at the helm, because he was ill. Here the main man made it and was on impressive form with, even by this composer’s standards, two heavyweight works, and also one quixotic soloist.

There is no doubt that Hélène Grimaud is a pianist possessed of an unassailable technique and a fearless, risk-taking disposition. Yet, despite her fascination for wolves, she is far from a pack animal; and, despite the scale of Brahms’s B flat Piano Concerto, this score requires a soloist very much in touch with his or her inner chamber musician. With the piano part folded into proceedings from the very start, there’s an extraordinary process at work of orchestra and pianist defining, anchoring and almost grooming each other, and also acting as a sort of mutual corrective. 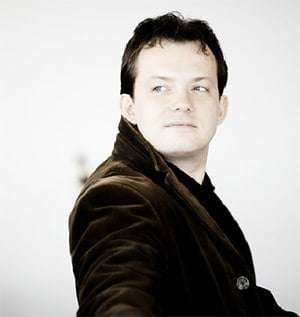 Nelsons completely got the point of this balancing act between impulsiveness and formal security. With Grimaud, though, that sort of connection wasn’t a given, especially in the elaborate and flexible structure of the first movement. It worked, but like an Internet signal not quite at full strength. She was an amazingly grand, even portentous barnstormer, trills had a steely glint, the ben marcato passages bounced with ferocious articulation and double octaves were awesome. In the quieter areas, though, where the music stands and stares, Brahms’s striving for subtleties of muted colour and remote expressiveness, magically realised by the Philharmonia, wasn’t entirely up her street and her fortissimo had a consistent volume without fullness that left her with nowhere to go in the climactic peak of the second movement. There was much more rapport in the Andante – how could there not be, with Timothy Walden’s eloquent, romantic cello solo setting the scene? – with Grimaud relaxing into some mesmerising and interior playing, and she had completely the measure of the finale’s geniality.

Nelsons has been an orchestral trumpeter, which must give an insider’s edge to his conducting; also, like his fellow Latvian and mentor Mariss Jansons, his style is unobtrusively extrovert and tirelessly physical. The great pleasure in this thrilling performance of the Fourth Symphony was the way in which Nelson’s febrile intuition and natural romanticism surged through the music. They animated the baroque grandeur of the finale in an overwhelming combination of vividness and sustained sense of growth and direction. The theme that opens the Symphony sounded like air from another planet, and Nelsons’s shaping of the first movement to its central mystery was a masterclass in refined musicianship. The Philharmonia Orchestra’s playing honoured the monumental aspects of the music with an acute awareness of Brahms’s detailing.