Haydn
Symphony No.12 in E
Mozart
Violin Concerto in A, K219
Beethoven
Symphony No.5 in C-minor, Op.67
LnRiLWNvbnRhaW5lcltkYXRhLXRvb2xzZXQtYmxvY2tzLWNvbnRhaW5lcj0iNmIzNDMzNmNmZTc3NWZiNGJlMTVjMmIwMzU3NWM1MjYiXSB7IHBhZGRpbmc6IDI1cHg7Ym94LXNoYWRvdzogNXB4IDVweCAxMHB4IDAgcmdiYSggMCwgMCwgMCwgMC41ICk7Ym9yZGVyOiAycHggZG90dGVkIHJnYmEoIDEwOSwgMTA4LCAxMDgsIDEgKTsgfSAudGItZmllbGRbZGF0YS10b29sc2V0LWJsb2Nrcy1maWVsZD0iODM3Y2ExZjc0MGRjZDdkOTdlMzQzOWMyYjIwMWZmZTMiXSB7IGJhY2tncm91bmQtY29sb3I6IHJnYmEoIDIzOCwgMjM4LCAyMzgsIDEgKTtwYWRkaW5nLXRvcDogMTBweDtwYWRkaW5nLWJvdHRvbTogMTBweDtwYWRkaW5nLWxlZnQ6IDEwcHg7IH0g

Members of the Philharmonia Orchestra
Anna-Maria Helsing [Music of Today] 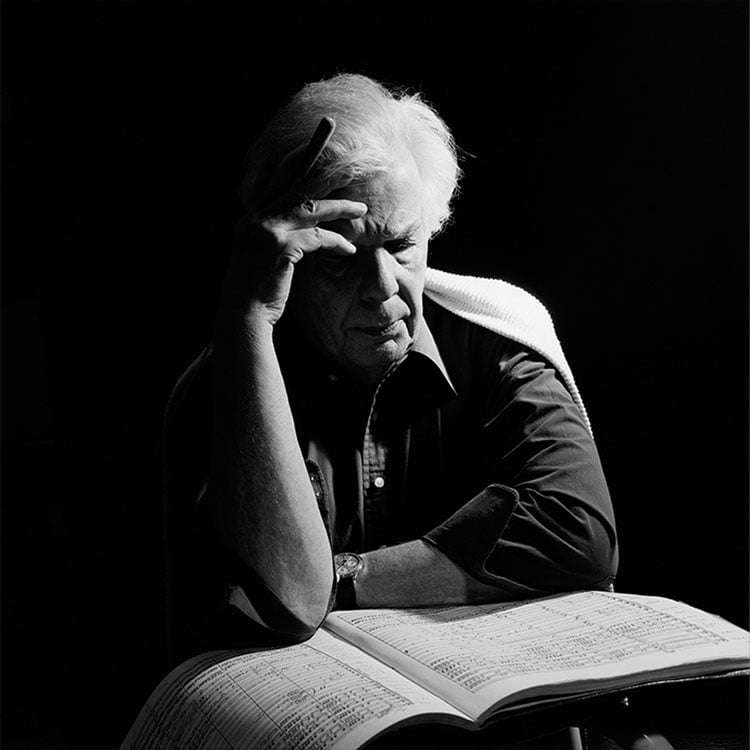 It was good to welcome Christoph von Dohnányi back to London, he has been absent here and elsewhere for a while recovering from injury. Surprising to note though (unless I have missed something) that the Philharmonia Orchestra’s Honorary Conductor for Life has no London engagements next season, but maybe something grand is planned for his ninetieth-birthday, which falls on 8 September 2019.

Meanwhile Haydn’s low-number Symphony 12 (low given he reached three figures in this genre, and how) was the perhaps-unlikely starter to this current concert. Dohnányi judged the three movements to a nicety – all in E, major-minor-major – tempos ideally articulate and balances spot-on, not least the discreetly amplified harpsichord continuo (not an aid Esterháza ran to in 1763), played by Janet Simpson, in league with three double basses in whose company sat bassoonist Robin O’Neill. Otherwise the scoring is for pairs of oboes and horns and, of course, strings. With a full clutch of repeats (save for the second half of the slow movement, if so marked) Dohnányi ensured that this was no breezy opener but something of substance – a courtly first movement, ideally shaped and shaded, with shadowy aspects arising in the development (Haydn already the master of surprises), then a darkly-coloured minor-key Adagio – a tragic air without the singer and anticipating Mozart’s sacred music, such as the ‘Lacrimosa’ from the unfinished Requiem (Mozart would have been seven when Haydn wrote this Symphony), and a festive Finale, with a few echoes of Handel, and playful with dynamics. As so often with Haydn, much to enjoy and be kept on your toes by, and this was an impeccable performance. 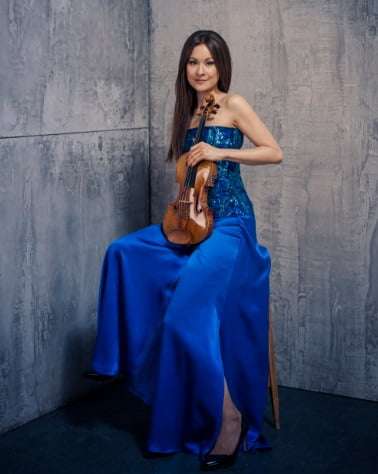 There followed K219 with Arabella Steinbacher, elegantly and crisply introduced by the Philharmonia, and her first entry was seductively romantic, slightly at odds with what was generally a spirited and sparkling account, brought off with aplomb, and also with conviction regarding Joachim’s century-later cadenzas. The middle movement, and not just because it’s marked Adagio, could have done with more expressive space, although by the central section greater heart and soul had been uncovered, and the Finale, the real Minuet of the piece, was nicely turned, the rumbustious ‘Turkish’ episode full of drive and Eastern Promise.

Beethoven 5, the familiar refreshed and persuasive at every turn – Dohnányi doesn’t do emaciated ultra-fast Beethoven – the first movement of energy, clear-sightedness and buoyant rhythms, Tom Blomfield’s oboe soliloquising a moment of poetic wonder, and Antoine Siguré’s timpani never overpowering but always present and detailed. The Andante con moto was eloquently shaped, alive to concentrated song, distant enigmas and militaristic interruptions, enveloped as one and with some beguiling woodwinds en route. Emerging from shadows, via heroic horns and gruff measures (the Scherzo and Trio, in other words), the transition to the Finale was suitably mysterious, and when its major-key brightness arrived Dohnányi rose from his seat for a few seconds, Keith Bragg’s piccolo glinted, and the exposition repeat was even more powerful, always journeying. From there victory was certain, Is dotted and Ts crossed, yes, violins in dialogue either side of the conductor, characteristically; more than that this was a real voyage from dark to light, the coda exhilarating, emphatic and resounding (including a subito increase in volume on timpani during the ultimate chord, to really seal the deal). There was also another experience, just as significant, that of witnessing the close and meaningful rapport between Christoph von Dohnányi and the Philharmonia Orchestra.

The evening started with the final Music of Today recital of the season, three composers on the cusp of their careers in what I assume were world-premiere performances, the annotation wasn’t that specific, although all three works (each ten or so minutes) are dated this year and scored similarly, no doubt to commission – for string quartet, double bass, flutes/piccolo, oboe, clarinets, trumpet, trombone, percussion and piano, twelve players in all.

First off, Ink by Freya Waley-Cohen (born 1989), a gold-standard start, jazzy and jaunty, Stravinsky meets Martinů, a 1920s’ feel to my ears, music that turns on a sixpence in colour and to bittersweet reverie. The remaining pieces didn’t quite match Waley-Cohen’s achievement, although both demand a re-listen – and all three will be available in due course on NMC (for download and streaming) – for Music from the World by Austin Leung (also born 1989) begins with arresting growls, silences just as crucial, before sustained rapidity and a sense of theatre are established; yet for all the attractively unknown qualities of the second-movement ‘Meditation’, an oboe lament at its core, there seems a need to add something further to bind what we have. Naturalistic sounds and filmic suggestions entered my consciousness for Adagio by Eugene Birman (born 1987), imaginative in the sonic department, but perhaps not such a good idea – however important the piece is to him – to quote from Samuel Barber’s Adagio for Strings, here shared between oboe and cello, for such indelible music of pathos detracts from his own efforts. Excellent performances led by the impressive Anna-Maria Helsing. MoT returns on September 27 in – note – the Purcell Room, pieces by Hans Zender and Philippe Manoury.