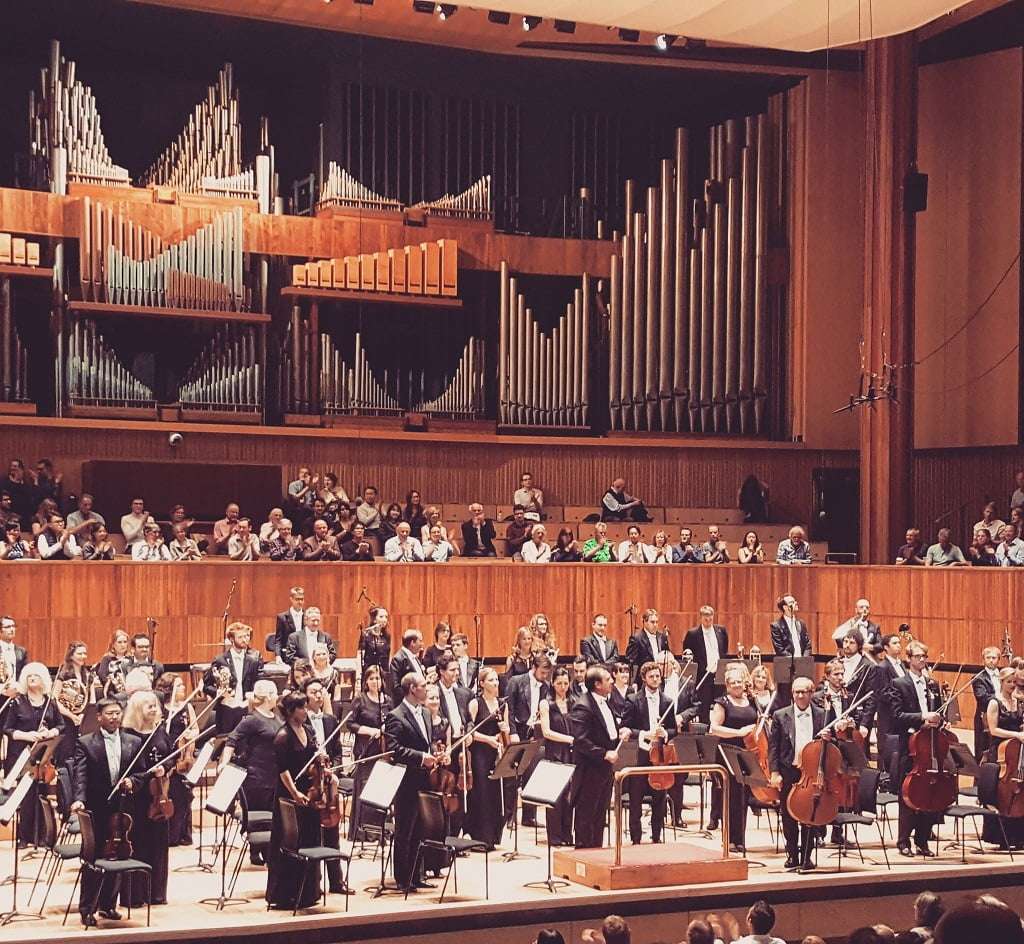 Daniele Gatti signed in with the most economical of gestures to launch a rather wonderful account of Mendelssohn’s ‘Italian’ Symphony, the Philharmonia Orchestra in vital and vivid form. Gatti’s spot-on tempos, never rushed, gave the first movement – with its all-important exposition repeat observed and therefore the chance to hear Mendelssohn’s carefully-crafted lead-back bars – a singing and dancing quality, with affectionate leeway, sunny-side-up at times, more muscular at others, balances, blends, dynamics and shading meticulous yet seeming spontaneous. The second-movement march in the moonlight was given with cat-like tread (it could be said), a little quicker than usual but with no lack of expression, and the minuet-like third had warmth and charm, shaped lovingly, with some mellifluous horn-playing in the Trio. Gatti, not one to steer the ship in the wrong direction with tempo imbalances across the whole (or give audiences too much of a chance to cough between movements) provided the ‘Saltarello’ Finale with plenty of drive, not through excessive speed but because of disciplined articulation as well as enjoyment of the music’s rhythmic bounce and Mendelssohn’s delightful and lucid scoring.

The Philharmonia grew a bit for Brahms 2, a couple more double basses, making six, and trombones and tuba because the composer asks for them. This was a glorious old-fashioned account in the sense of conjuring Philharmonia – let’s use the word – legends such as Giulini, Karajan, Klemperer and Maazel. Richness of sound and clarity were the hallmarks, Gatti moulding the music and encouraging a full but not obfuscating sound, the exposition (repeated) expansive if flexible, the development fiery and impassioned and the coda snoozing under an apple tree on a Spring day. With a flowing slow movement, its pathos undiminished and answered immediately by the grace of the third movement, and a Finale that went through subtleties (not least when at pianissimo), shadows and trenchancy, and built to a resplendent and joyous outcome, this was an account that held its own on the night. One might quibble certain overdone emphases and the occasional phrasal tweak (sometimes accompanied by a Gatti smile, he knew what he was about), but it worked well overall – a combination of Gatti’s authority and persuasiveness and the Philharmonia’s wholehearted and cultured response.

Earlier in the evening, and just as rewarding, the Philharmonia’s invaluable Music of Today series continued, the spotlight this time on Christian Mason, a Londoner born in 1984. Diverse instrumentation and placement of them (shades of Berio) informed the two works programmed. Layers of Love (2015) lasts twelve minutes and is scored for the same number of players (including bass clarinet and tuba), two of them, violinists, poles apart, either side of the ensemble, sometimes peripheral, sometimes extending the expressive width. This is music of atmosphere and hallucinatory powers that grows in volume and density … but wait, a thirteenth player enters (first heard offstage), Catherine Knight armed with a mellow-sounding flugelhorn, standing at the centre for a roller-coaster solo then retiring to a back seat if still contributing as the animation increases, music that seems extemporised yet deep-down is highly organised.

While the platform was being re-set, David Harsent (of much musical collaboration, particularly with Harrison Birtwistle) read with dignity his three poems – Ocean, Rainforest, Icefield – that Mason has set in Man Made. Anu Komsi is no stranger to cutting-edge music, or to negotiating high notes, and there are plenty in the twenty-minute Man Made, going beyond those in Berg’s Lulu to join the stratospheric demands found in Adès’s Exterminating Angel. She navigated them with aplomb; more than that she performed with poise and expression in writing of craggy stillness that initially reminded of Peter Maxwell Davies’s Stone Litany. The scoring includes ten strings, alto flute, contrabass clarinet and rather a lot of percussion, deftly handled by the athletic Stephen Burke, in these continuous settings that slowly evolve and include a tumultuous and clangourous acceleration that really accentuated that this is music of great import. Gergely Madaras conducted both works with unflappable dedication, played with equal distinction.