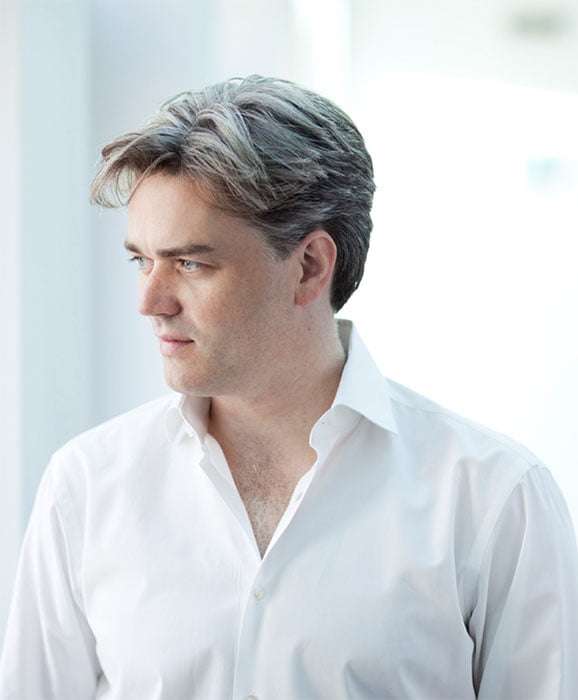 From Keith Bragg’s piccolo to Peter Smith’s cimbasso via a large cast of Philharmonia strings to an excellent choir combo, this was a notable account of Verdi’s Requiem, seen whole by Edward Gardner.

Hushed and devotional at the beginning, there was a latent power to the ‘Introit and Kyrie’ that was unleashed at the start of the ‘Dies irae’, with battering-ram bass-drum strokes (crucial), Oliver Patrick having access to three such instruments at various points across the nearly ninety minutes, the Rodolfus Choir and Philharmonia Voices together expressing fear and dread. The four off-stage trumpeters were positioned two either side of the chorus, not quite from-afar or in surround sound, but apocalyptic in effect. Jongmin Park (replacing Alexander Vinogradov) didn’t instil much shudder for “Mors stupebit”, however, although he was more communicative when being lyrical, and if there was a lack of theatre from him then Gardner (with and without baton) invested a through-line tension that compelled attention; he knows his operas of course, but this wasn’t a curtain-up performance, rather it lived and breathed with human sentiment and emotion.

Of the other vocal soloists, René Barbera was mellifluous and ever-watchful of Gardner’s direction, Lise Davidsen fearless and outgoing if also refined and intimate, while Christine Rice (in the stead of Karen Cargill) was eloquent and musically peerless. In ensemble, whether quartet or trio, they were well-matched, and pitch-perfect when unaccompanied.

Following the long ‘Dies irae’ sequence, the ‘Offertorio’ was serene and followed by an upbeat ‘Sanctus’, fleet if not gabbled, although the nimble first-violins needed a little more projection. Much sweetness and light was in evidence, not least a celestial oboe solo from Gordon Hunt reciprocated by the centre-right cellos, and the ‘Lux aeterna’ was radiant.

Not even the most heartless of dictators could resist Lise Davidsen’s indomitable ‘Libera me’. She put everything into it – bright and intense – and always at the right moment softened her tone and dynamic. The fugal writing found the chorus responding with impressive unanimity, and throughout the rendition these singers (roughly 140, similar to the number Verdi had when he conducted the Requiem’s premiere in the church of San Marco in Milan) were much demanded-from and rose enthusiastically to Gardner’s lucid and inspiring conducting. It was during the ‘Libera me’ that the second return of those dire-summons drum strokes had particular vehemence and how convincingly Gardner provoked and released the final climax leaving the chorus supplicating for deliverance.

Thrills, beauties, picturesque detailing and seismic eruptions were in abundance, but the overall impression was that everything belonged, that the music-making was of the teamwork variety and that Edward Gardner’s measure of Verdi’s Requiem is comprehensive.