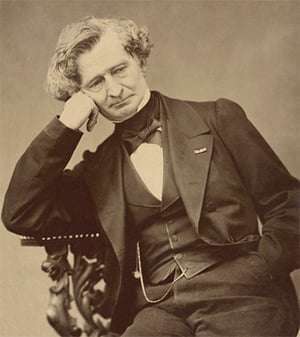 When Berlioz arrived in Paris in 1821 he had never heard an orchestra. His twin gods rapidly became Beethoven and – in 1827 when he saw Harriet Smithson in Romeo and Juliet – Shakespeare. It was in 1838 that Paganini sent him the gift of 20,000 francs which bought him time to compose his dramatic symphony about the star-crossed lovers. At this point he had been married to Smithson for five years and although they were to separate in 1840, for the moment Berlioz saw himself as “the real Romeo” at the feet of his Juliet.

Berlioz describes the work as a ‘Dramatic Symphony’ and in his introduction to the score he is emphatic that it is neither a cantata nor an opera. In one respect, the choral finale where Friar Laurence’s extended monologue leads to an improbable reconciliation between the Montagues and the Capulets, it mirrors the finale of Beethoven 9 in its aspiration of universal brotherhood. Shakespeare’s plays also clearly struck something deep within Berlioz, their juxtaposition of contrasting genres and extreme emotions offering a welcome difference to the control and unity of French classical drama. Accordingly, there is an important element of fantasy to Roméo et Juliette which needs a very particular sort of empathy if the work is to succeed. 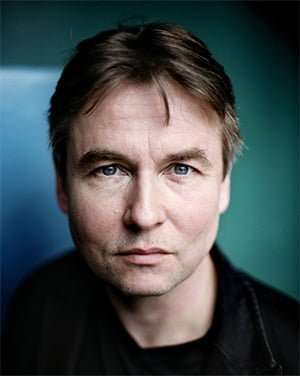 Prior to concert, the first of the Philharmonia Orchestra’s new season, it was announced that Esa-Pekka Salonen, whose association with it dates back 30 years, had extended his contract until the 2016-17 Season. Unfortunately though, fantasy was one quality which was in short supply throughout this long evening. Salonen has undoubtedly done many good things, notably in 20th-century repertoire, but here it seemed a real mismatch between interpreter and music. We have had two revelatory RFH performances of Roméo et Juliette from the Orchestra of the Age of Enlightenment, conducted by Simon Rattle (in 2000) and Mark Elder (in 2012); but, as the late-lamented Colin Davis’s performances with the LSO made abundantly clear, magic in Berlioz does not depend on ‘period’ instruments alone.

That said, in this music especially the power of a modern symphony orchestra does need to be sensitively handled and there is no substitute for subtlety. At the outset it is not enough – as here – simply to launch the work with maximum sound and fury; if the feuding clans (string fugato) and the interjection of the Prince (trombones) are to be evoked, it calls for a rapier-like precision and a lithe quality. The strings certainly attacked their fugato with great force but like a lumbering juggernaut whilst by contrast, emerging from within a wall of string sound, the sonorous trombone interruptions seemed underpowered. 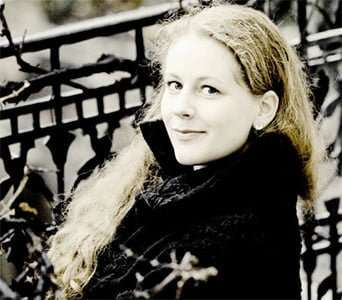 There follows the extended scene-setting of the ‘Prologue’ for semi-chorus, here made up of 12 singers, which sounded distinctly ill-at-ease, the ‘Strophes’ for mezzo-soprano, with Christianne Stotijn exulting in the raptures and ecstasies of first love, and lastly the ‘Recitative and Scherzetto’ for tenor and chorus. In ‘Strophes’ Berlioz calls for six harps; here there were just two but, more importantly, Stotijn does not have the most voluptuous voice or the kind of vocal magnetism which is an absolute essential if an audience’s attention is to be held in this long and very exposed passage. Paul Groves did better with the ‘Scherzetto’ although it lacked the ideal lightness of touch.

Far better was to come from oboist Gordon Hunt in ‘Roméo seul’; his solo had just the right plangency although Salonen made little of those oddly elliptical string lines which lead into it. The ‘Ball at the Capulets’ poses particular problems of balance for ‘modern’ orchestras, the weight of string sound militating against being able to hear important woodwind details or the two sets of timpani making a thunderous contribution as the party really gets underway. As the Ball fades away and the boozy revellers disperse into the distance of a warm Verona night comes a moment of purest enchantment from the semi-chorus. Not here.

The ‘Love Scene’ which follows was Berlioz’s favourite movement of this work. He was his own best judge. It is marked Adagio, time suspended with long-breathed anticipation. Here it was a case of too much too soon, rather like a poor lover who, intent on his own pleasure, ignores the needs of his partner. There was a notably fine contribution from flautist Samuel Coles, in the lead up to the climax (if that’s what it was) but the ending was almost absurdly distended, almost comatose. ‘La reine Mab ou la fée des songes’ (Queen Mab or the fairy of dreams) is the most weightless, most fantastical of scherzos (along with Mendelssohn’s from A Midsummer Night’s Dream – more Shakespeare!. Here it felt under-characterised, the chattering strings too heavy, the sudden volatile crescendos underplayed, but in compensation there was some delicious playing from Katy Woolley and her horn section.

The three linked sections with which the work culminates are particularly difficult to bring off; especially as they follow the more-familiar orchestral movements, but culminate they must if the Symphony is to reach a satisfying resolution. Initially the full chorus sounded hesitant in ‘Convoi funèbre’ with Salonen reluctant to phrase the violas, the effect pedestrian and plain spun. Things looked up with ‘Romeo at the tomb of the Capulets’ with “delirious joy, despair, final sorrow and death of the lovers” more fully realised. Salonen’s trump card was – or should have been – the luxury casting of Gerald Finley as Friar Laurence, a voice normally well-able to dominate proceedings; but he didn’t get much help and sometimes struggled to be heard. The full chorus, initially the victims of someone credited in the programme as a lighting designer who had little sense of apt colours apt for the building (his incongruous ideas jarred), sang with increasing confidence and made for an effective conclusion. However, this was hardly the magical occasion Roméo et Juliette can or should be.