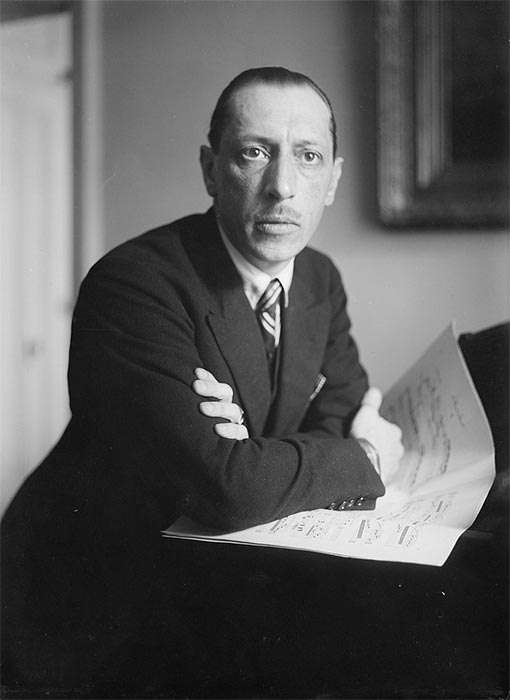 Stravinsky died just over three weeks before I turned ten. I probably heard the news of his death, but wouldn’t have known who the venerable 89-year-old was. In the intervening years I’ve collected a fair few Stravinsky works, live and recorded, but never did I think I’d hear a Stravinsky premiere. One such work replaced the originally advertised starter to Pierre-Laurent Aimard and Esa-Pekka Salonen’s four-concert series, Inspirations. Stravinsky’s recently rediscovered Funeral Song, composed in 1908 after the death of his teacher Nikolai Rimsky-Korsakov and played just once, on 17 January 1909 (Old Russian Calendar) in St Petersburg Conservatory’s Great Hall conducted by Felix Blumenfeld.

But then Funeral Song disappeared, Stravinsky thinking it was amongst various items lost during the Revolution. But, miraculously, recently the orchestral parts have come to light in the Conservatory’s library and, pieced together by Dr Natalia Braginskaya, the second performance – more than a century after the first – was given on December 6, in St Petersburg, by Valery Gergiev and the Mariinsky Orchestra. Amidst a veritable Mexican wave of performances across the globe, Salonen scored a coup in presenting the first in the UK.

At twelve minutes it shouldn’t, by rites (no pun intended), have threatened to over-balance the concert, but there was a palpable sense of excitement in the Royal Festival Hall and Salonen’s affection for it apparent in the way he clutched the score to his chest while taking applause. It’s a fascinating work, which will be pored over for clues of later works, one of which jumps out at the start: a sombre (here tremolando) bass figure in 6/4, over which the bassoons slowly intone minims – The Firebird already clear. Shortly after fig.1 violas introduce a minim–two crotchet–dotted crotchet–quaver motif that pervades the whole, passed from instrument to instrument, while nods to his teacher’s Scheherazade (in the chromatic semiquaver rising figures) and doleful Wagnerian harmonies still perhaps betray an apprenticeship work. The Philharmonia took to it like a repertoire work. 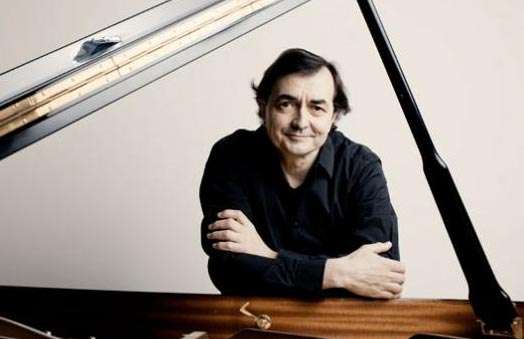 Thankfully, once the buzz of the new had died down, and after an extensive stage change, we were mesmerised by György Ligeti’s Piano Concerto, under the dazzling digits of Pierre-Laurent Aimard. Such was his concentration that I was rather glad that alto-flute and double bass (Karen Jones and Tim Gibbs respectively) had such a long duet at the start of the slow second movement while Aimard to get his breath back. Salonen opted for single strings to join the stipulated single wind, and the opening pizzicato chords perhaps needed more oomph against the rising piano figures (getting to the very top of the keyboard before plunging to the lowest note), although the performance grew in authority throughout the five movements, the Philharmonia players’ accuracy matching Aimard’s, Salonen presiding magisterially over them all.

Following the interval, Salonen masterminded an extraordinarily satisfying account of Ravel’s Daphnis et Chloé, immeasurably enhanced by the dramatic directions displayed as surtitles. Philharmonia Voices and Rodolfus Choir were as well drilled in their synchronised standing and sitting as in their wordless contributions, first-off singing behind their hands to dampen the noise. Among exquisite contributions, Karen Jones – and Jill Crowther’s cor anglais – deserve mention, as does Samuel Coles’s flute. This performance was both vivid and sympathetic and was, thankfully, recorded.