Mahler
Symphony No.3 in D-minor 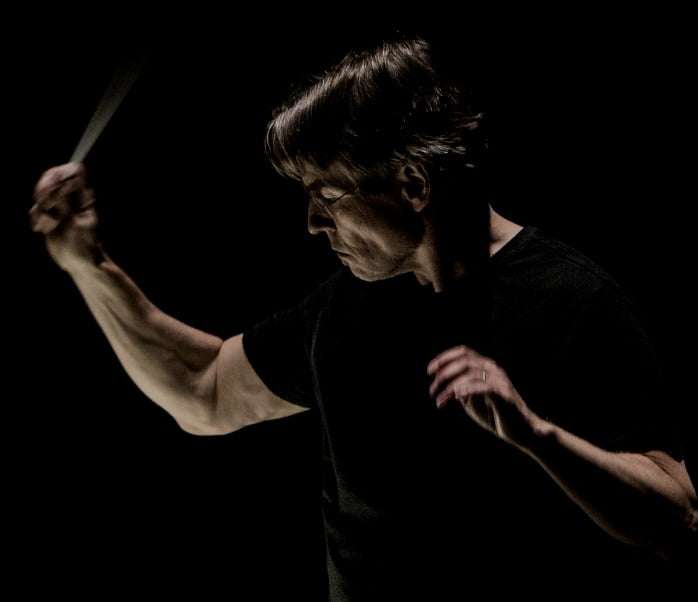 Until this stupendous performance of Mahler’s Symphony No.3, I’d found Esa-Pekka Salonen a conductor who veered too easily towards the forensic – a highly investigative musician with a prodigious ear but not completely identifying with the eruptions of ego-fuelled late-romanticism’s epic ambition of scale and mighty philosophical implications, a man likely to be more at home with the spiritual crisis of, say, Mahler’s Ninth. It’s one thing for Mahler to take on the natural order of Creation, with its goal the divine assumption of human consciousness, Darwin underpinned by Nietzsche, but quite another to deliver something so potentially inflated without a hint of empty bombast. Perhaps Salonen, who is sixty next year and looking enviably lean and fit, has mellowed, but I also like to think that Salonen the composer, who, like Mahler, has an insider’s knowledge of the orchestra, is swept up by the audacity and inspiration of Mahler’s achievement and, no holds barred, communicated that to the Festival Hall audience.

The other great strength of this performance was the almost pictorial characterisation Salonen brought to the first movement, which saturated the rest of the Symphony, the sort of reading that positively insists that you create your own narrative. The horns’ magnificently played opening was as much the means of defining space as it was Nature’s wake-up call, and the music itself was an accurate replication of the life-force at its most impersonal, neither good nor evil and as close to the impassive will-to-live as I’ve heard it, not only in respectively Byron Fulcher’s and Alistair Mackie’s mood-defining trombone and trumpet solos but also in the way Salonen encouraged the music to slump to its sullen, pitch-less origins.

The jolly summer marches may have gathered in identity, but they also gathered in hysteria, and the characterisation became even more graphic in the second movement – the printed programme listed the six movements according to Mahler’s final plan, but the programme-note itself followed the earlier titles (‘Summer marches in’; ‘What the meadow flowers tell me’, et al), which suited Salonen’s approach – with the flowers revelling in their evanescent gorgeousness and a sliver of trumpet reminding them of their dark, complex origin, thus keeping the movement integral to the Symphony rather than as a charming interlude.

The threat was more articulate in the third movement, a sort of Garden of Eden with teeth, and gave the posthorn solo (beautifully played by Philip Cobb, from the LSO, if not distant enough) an undertow of urgency – there was a lot at stake here; and Salonen drew an ear-bending savagery from the orchestra in the outburst that properly became the hinge for the whole work.

Ideally, the mezzo’s solo should follow without much of a gap – If for nothing else than the magical key shift, when the Symphony seems to settle – but the concert was being filmed and there was some distracting technical stuff and the entrance of the solo and choral singers. Looking like an Art Nouveau goddess, Michelle DeYoung, though, put things back on track with her immaculately ‘O Mensch, gib Acht’, majestically shaped and expressing the essence of the misterioso direction, while the boys’ and women’s voices were ideal in the naïve innocence of ‘Es sungen drei Engel’. The transition from that to the final Adagio signalled the finesse of the Philharmonia strings in the sort of pianissimo fullness that blooms in the Festival Hall acoustic. Salonen pitched ‘What love tells me’ between a Brucknerian ascent and the slow filling of a huge space. The three crises that interrupt the flow diminished in impact and Mahler’s huge canvas, like Parsifal, glowed from within. From some of the most agile double bass-playing to the unstintingly brilliantly imagined brass and woodwind, in every bar there was some subtlety that reinforced the quality of this wonderful orchestra, thrillingly realised in this equally wonderful re-Creation.