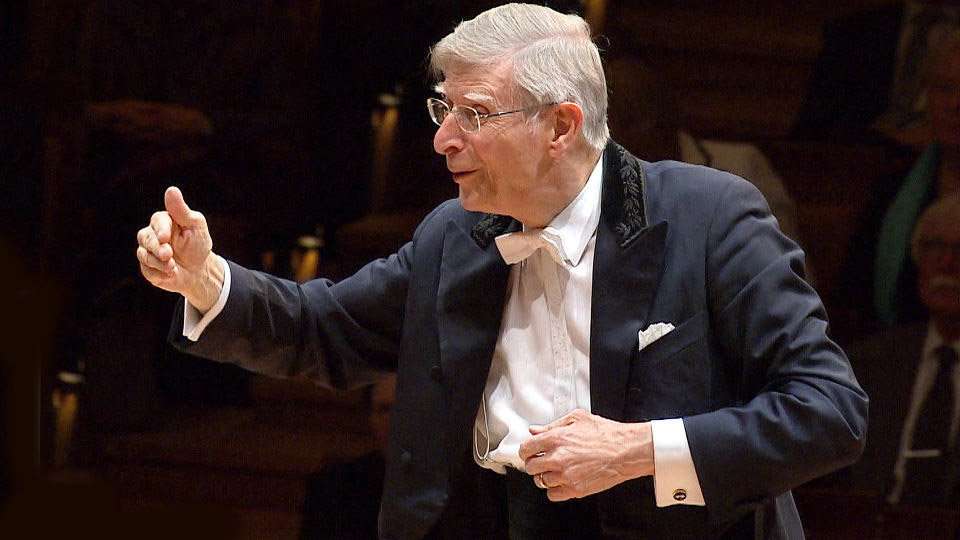 There has been no shortage of opportunities recently to listen to Herbert Blomstedt conducting Beethoven 7. During last year BBC Radio 3 relayed a Swedish Radio recording followed by a Leipzig Gewandhaus performance at the Proms (review-link below). Now the venerable maestro was back in London with the same piece – which the BBC broadcaster again bought into – and an Accentus DVD of him conducting the work in Leipzig in May 2015 has just been issued.

Maybe us seasoned campaigners would have welcomed something different, such as Berwald’s wonderful ‘Sinfonie singulière’, which of late Blomstedt has graced Berlin and Cleveland with. All this said, Blomstedt, as lively as ever (remarkably his ninetieth-birthday is but a stone’s-throw away, on July 11), led an inspiring account of the Seventh, all repeats observed, painted with illustrative hands, Blomstedt’s score open but its pages were never turned. The Poco sostenuto introduction was of potency and consideration, the turn into the Vivace nimbly made and what followed had swing and vitality – not speed for its own sake – and a lilt that made Wagner’s “apotheosis of the dance” epithet especially apt. Blomstedt sees this Symphony as a pair of two movements, so it was straight into the Allegretto, lovingly shaped without losing the march rhythm – blends, balances and dynamics immaculate, as throughout. The Scherzo was eager, a spring-day gambol, the Trio flowing, and if the Finale was faster (sort of reversing the movements’ tempo markings) it was certainly exhilarating, exchanges between antiphonal violins flashing across the podium. There were times when six double basses were not quite enough, but the Philharmonia’s response was devotedly to the hilt, and with a particular word for timpanist Antoine Siguré whose variety of tone and volume was a constant pleasure. If Blomstedt’s way with this Symphony was familiar in one sense, then it was fresh in another; a young man’s reading laced with the wisdom of experience. 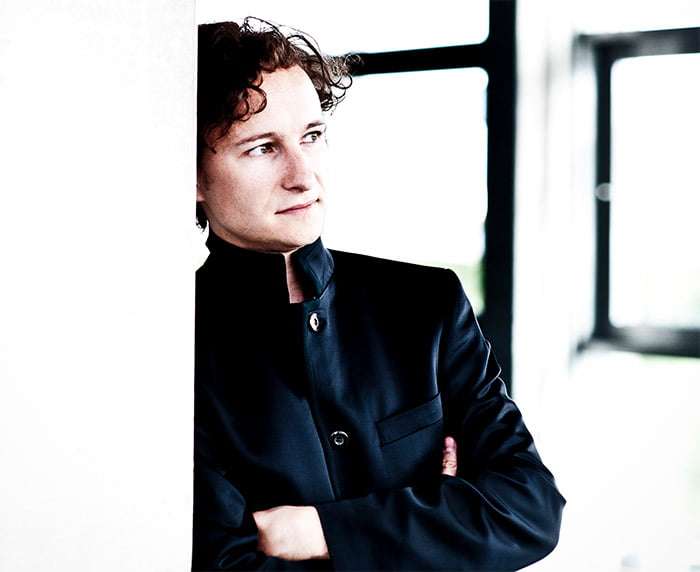 On paper, the bigger draw had been Martin Helmchen in Brahms’s First Piano Concerto (not heard him play it before, if with Peter Serkin twenty-four hours away from essaying it at Cadogan Hall), and it was superb. On arrival, Blomstedt had told us that this concert was being “dedicated to the victims of Manchester”, and opened the Concerto in granitic, growling and grand fashion, which was then poetically contrasted. Helmchen’s first entry was perfectly dovetailed with what had gone before, and his impeccable if intense playing, and his integrated conception of the piece, made for compelling listening; keenness without rush, profound reflection without mawkishness. The slow movement was especially sublime and poignant, the pianist prayerful, the orchestral response rapt, the climax an emotional release. Helmchen made an athletic entry into the Finale, with light and shade and dynamic variance, matched by the accompaniment, although it was really a partnership the whole time for Blomstedt conjured something discriminating if characterful, tailored, and there were moments when Helmchen was primus inter pares to a notable degree while nonetheless having us hang on his every note. Come the first of the Finale’s two cadenza-like passages, Helmchen made it ruminative yet a true summation of this rather special account, one that searched the music (which is sometimes referred to as “the eroica of piano concertos”) without being obvious while also giving it due scope.

The early-evening recital was devoted to Beethoven’s delightful six-movement Septet, here beginning full of promise and sustaining it to afford much enjoyment, fast music played agilely, slower stuff sensitively lyrical, and the whole impressively interactive from the musicians. Beethoven’s fund of tunes stays in the mind, not least the horn-led hunting-style fifth-movement Scherzo, here with a very personable contribution on cello in the Trio, and, once beyond the grave introduction, the Finale’s jauntiness, during which Jan Regulski’s cadenza-moment was stirring. There’s always the Minuet third-movement, later re-used in one of the Opus 49 Piano Sonatas: simple on the page, but student fingers told a different story!