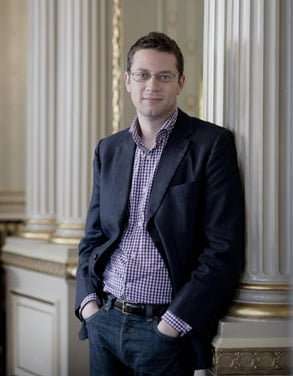 A Sunday-afternoon programme of British music, the orchestral strength decreasing and the tonalities rising – B, C and D – with each work, brought a full audience for this popular conductor and much-admired soloist. In this year of Sibelius’s sesquicentenary, the point might well be made that the shadow of the great Finn could be discerned, albeit faintly, behind each of these composers, and on this showing, I for one would be more than happy to hear John Wilson conduct Sibelius, for he brings a degree of concentration to every work I have heard him conduct.

Although Sibelius’s Tapiola was half-a-dozen years away when Arnold Bax’s Tintagel was written in between 1917 and 1919, one can note elements of earlier and even contemporaneous Sibelian scene-painting in Tintagel (with occasional suggestions of The Oceanides, Night Ride and Sunrise and Pohjola’s Daughter). But Bax’s thought was swifter then Sibelius’s, more suited to the myriad chiaroscuro of the rugged Cornish coast alongside elements of legend and mystery, exemplified by the fast-changing surface of Bax’s score, underpinned by the basic unchanging tonality (as Sibelius was similarly to adopt in Tapiola).

Tintagel is not a work to be regarded as film music without the images – it is a remarkably original example of musical art, with a structure that may owe its inspiration to natural phenomena, but which in solely musical terms makes a profound impression – or should, in the right hands. It is a measure of the quality of Wilson’s conducting that the Philharmonia Orchestra responded superbly to his manifest mastery of the score. This great work, quite wonderfully orchestrated, appears condemned to the backwater of ignorance by those who plan concert programmes – even those responsible for the BBC Proms, where Tintagel has been performed just twice in the last 55 years.

Those in the audience coming new to Tintagel will have been struck dumb by the quality of the music and the scope of artistic integrity that Wilson achieved with an orchestra that was clearly with him all the way. The great climactic theme, near the end, was nobly sustained, and Wilson maintained that tensile strength under the ensuing extended coda, where the music can so easily fall away. Wilson was outstanding at this point, raising this interpretation to a high level of accomplishment.

William Walton’s First Symphony appeared in 1935, sixteen years after Tintagel, during which time much had happened to ‘art music’, including the adoption of elements more closely associated with popular music (getting on for one hundred years later, we may be witnessing history repeating itself), but although Walton’s musical character was able to absorb such of those elements as he wished (characteristics with which older composers found difficult to come to terms), his natural voice had already matured by the time of the Viola Concerto of 1929 to the point where he was settled, secure in his own musical clothing, to become the great composer that was within him. In the mid-1930s, his First Symphony could hardly avoid, in its time-scale, the seven masterpieces of Sibelius – then regarded as the greatest living symphonist – but in Walton’s three string concertos, structurally he followed not Sibelius, but the 20th-century Russian school as exemplified by Prokofiev (Walton’s Cello Concerto was commissioned by a Russian cellist, Piatigorsky), and even his Violin Concerto (commissioned by another Russian, Heifetz) has a self-evident quotation from Sibelius’s example – so the overall influence was acknowledged.

When Walton’s Cello Concerto appeared in 1956, Sibelius was still alive, albeit having abandoned serious composition almost 30 years earlier. The influence of the Finn is almost non-existent – except, perhaps, nearing the very end of the work, when, with a subtle change of one note, the total organic unity of the Concerto is revealed. The result is a masterpiece of composition, in terms of structure adopting the tripartite basis of his previous Concertos, which superficial commonality misled earlier critics into believing that Walton was merely repeating himself, whereas that organic unity would have found Sibelius amongst the first to appreciate. 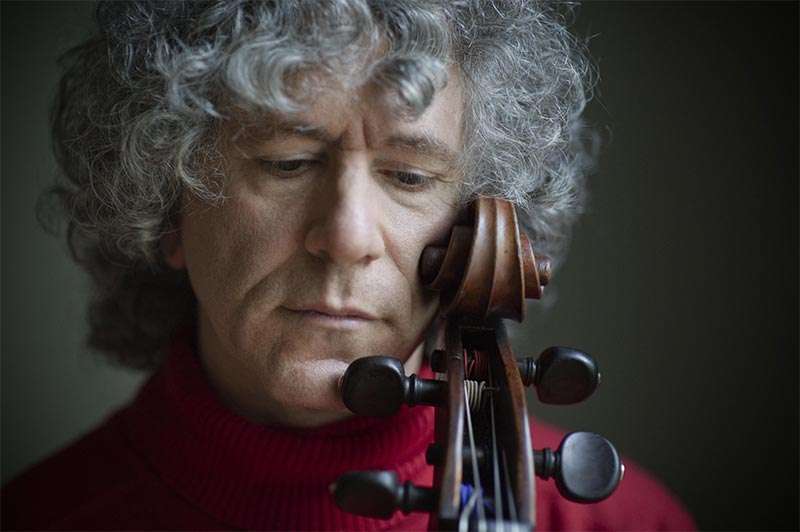 Today, we know better than those critics, and it is due to masters of the instrument such as Steven Isserlis that Walton’s Cello Concerto is now regarded as one of the last century’s finest works in the genre, and this was, in a phrase, a great performance of a great score, Isserlis completely in command, from that haunting opening theme to the final descent to low C, and followed like a cat by the ever-alert and simpatico Wilson. Every particular – detailing, phrasing, tempo, balance, character (the concluding Variations were individually and collectively simply superb) – was beautifully placed within an overall conception that gave immense satisfaction.

Ralph Vaughan Williams’s Fifth Symphony of 1943 is dedicated to Sibelius, and begins with the subtlest of quotations from the Finn’s most enigmatic Symphony. It is often stated that the Symphony quotes from Vaughan Williams’s then-unfinished “morality” opera The Pilgrim’s Progress, on which the composer had been engaged for many years until it finally appeared in 1951. But at the time of Covent Garden’s production, Vaughan Williams’s publisher, Hubert Foss, wrote that the quotation was the other way round – the opera, Foss claimed, took music from the Symphony (as the composer’s publisher, one might feel he ought to know better than most people – the composer excepted, of course).

Be that as it may, the Fifth Symphony has a depth of pacification at odds with the times in which it first appeared; it also has a depth of intricacy, emanating from those opening bars, which has often misled commentators. In particular, the work’s tonality, which is often erroneously given as D major, but the original score says merely “D” (correctly identified on this occasion) – the mode indeterminate. Vaughan Williams’s Fifth is not a meander around one key – it is a subtle search for, and final acceptance of, that pacification such as Sibelius found in his greatest works – yet the journeying undertaken by Sibelius’s music was very different from Vaughan Williams’s. It is clear today that Vaughan Williams’s Fifth is a completely subtle score, and one which poses considerable interpretative challenges to a conductor.

Wilson not only grasped the inherent nature of the Symphony totally, but also brought it to our experience in comprehensive fashion. Using the original edition of the score (apart from the corrected timpani in the third movement) in having just two horns (the 1950 revision calls for four) Wilson was to be much applauded, and the Philharmonia responded throughout with playing of considerable refinement; the pianissimo strings were such as to cause one to catch one’s breath, and the great searing (almost Sibelian!) tutti passage in the first movement rose to a climax of almost unbearable tension. Throughout, this was a finely proportioned account, the nature of this wholly original masterpiece revealed, layer by layer, until we arrived at the music’s final reconciliation and beatification in a mood of quiet, sustained contemplation – as much needed now in our turbulent world as it was 70 and more years ago. A memorable concert.