As a protégé of Daniel Barenboim and newly appointed chief conductor of both the Rotterdam Philharmonic and the Israel Philharmonic expectations are high for Lahav Shani, and he certainly didn’t disappoint here with the Philharmonia Orchestra. 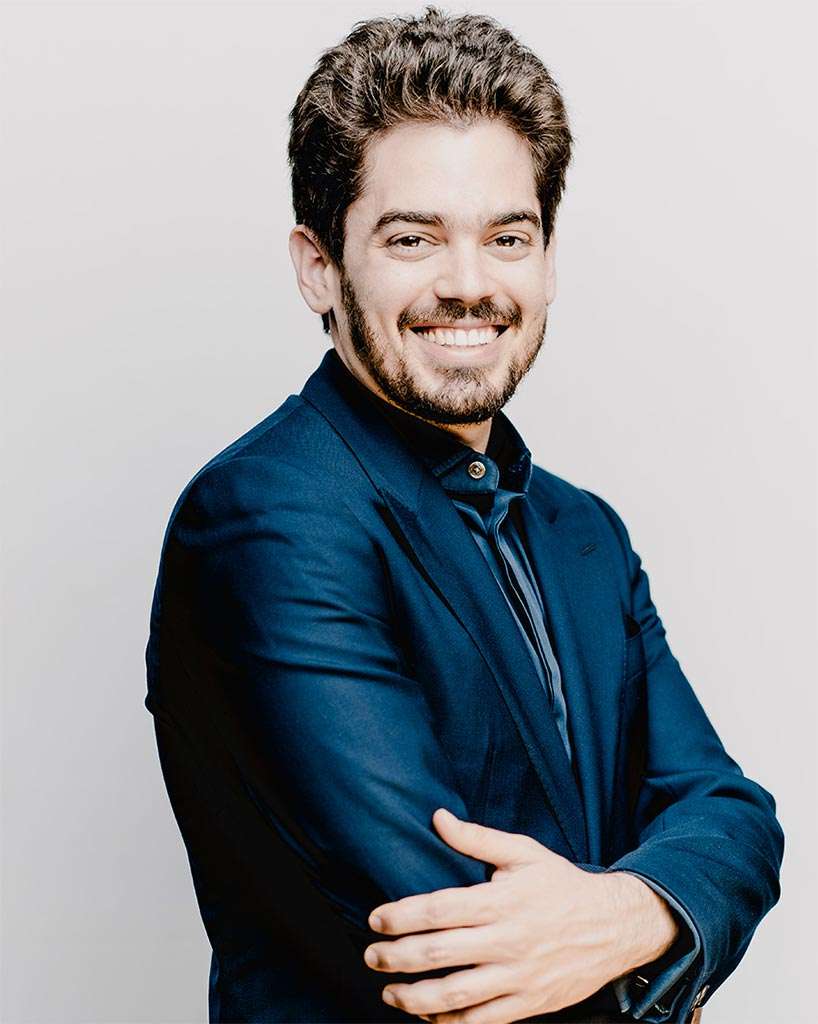 The evening was bookended by Prokofiev. War and Peace may be a fractured and uneven operatic masterpiece, but its overture is compact and cohesive. Shani made the most of the soaring string theme and drew out sonorities from the Philharmonia’s powerfully rounded brass. Conducting without a score he seemed completely inside the music.

Having heard some dud versions of Rachamaninov’s Paganini Rhapsody recently I was particularly pleased to hear a performance that captured the work’s thrill and sense of danger as well as its lyricism. Kirill Gerstein gave a swift, forward-moving reading that caught the improvisatory nature of the work. Although he plays a wide variety of repertoire Gerstein often seems at his best in big-scale Romantic works, as was the case here. He brought a sense of nuance to the piece and caught its ebb and flow as well as varying his tone to suggest both brightness and warmth. The Dies Irae had momentum amongst the foreboding, and the famous eighteenth variation was opulent without being cloying whilst the closing section had vigour and excitement before the final nonchalant pay-off. Shani revelled in Rachmaninov’s tonal splendour but didn’t get lost in it, and gave a sense of structure to the work with some fine detail, especially from the strings. It seemed a real partnership that was carried over into the encore. Gerstein was joined by Shani at the keyboard for Rachmaninov’s Waltz for Four Hands (opus 11, number 4), full of grace and good humour.

Shani eschewed all three of Prokofiev’s own suites from his ballet Romeo and Juliet and conducted his own forty-five minute, ten movement version. Not always in chronological sequence it was nevertheless a convincing arrangement that gave a sense of the ballet whilst avoiding some of the more familiar numbers – no Mandolin Dance in this version. It was a young man’s Prokofiev, vivid and full of incident. The opening Montagues and Capulets was both menacing and high energy, whilst TheYoung Girl Juliet was lithe and eager with elegant flutes and clarinets. The Scene as the street in Verona comes to life seemed too quick but Masks, for the ball at the Caplulets, was nicely pointed.

Shani drew full-blooded playing from the Philharmonia’s strings for the Balcony Scene, and Romeo’s variation radiated youthful ardour. Tybalt’s Death opened with a sense of escalating danger, and the final, ceaseless hammering for his demise at the hands of Romeo had a searing impact. The pensive lyricism of the Dance of the Antilles Girls offered some relief but Romeo and Juliet Before Parting seemed too swift and slightly undercharacterised. The final scene of Romeo at the Tomb of Juliet had a crushing sense of inevitability before the closing reprise from the desolate strings depicting the yoing couple.

Whatever any occasional miscalculations there may have been, it was a reading full of incident that also possessed coherence over a longer span. Shani can certainly energise orchestras, and the Philharmonia responded positively for this impressive young conductor with many fine solos throughout the evening including those from Harry Winstanley (flute) and the orchestra’s Joint Concert Master Benjamin Marquise Gilmore.

Beforehand, the Philharmonia Chamber Players in the excellent series of free recitals played Haydn’s A-major String Quartet from the opus 20 set, and Janáček’s String Quartet No.2, Intimate Letters, with fine style and evident commitment. Intimate Letters depicts his spiritual relationship with Kamila Stösslová, a married woman thirty-eight years his junior, who inspired most of his later works, and with whom he exchanged over 700 letters; Yukiko Ogura’s viola, which serves to personify Stösslová, was particularly touching.