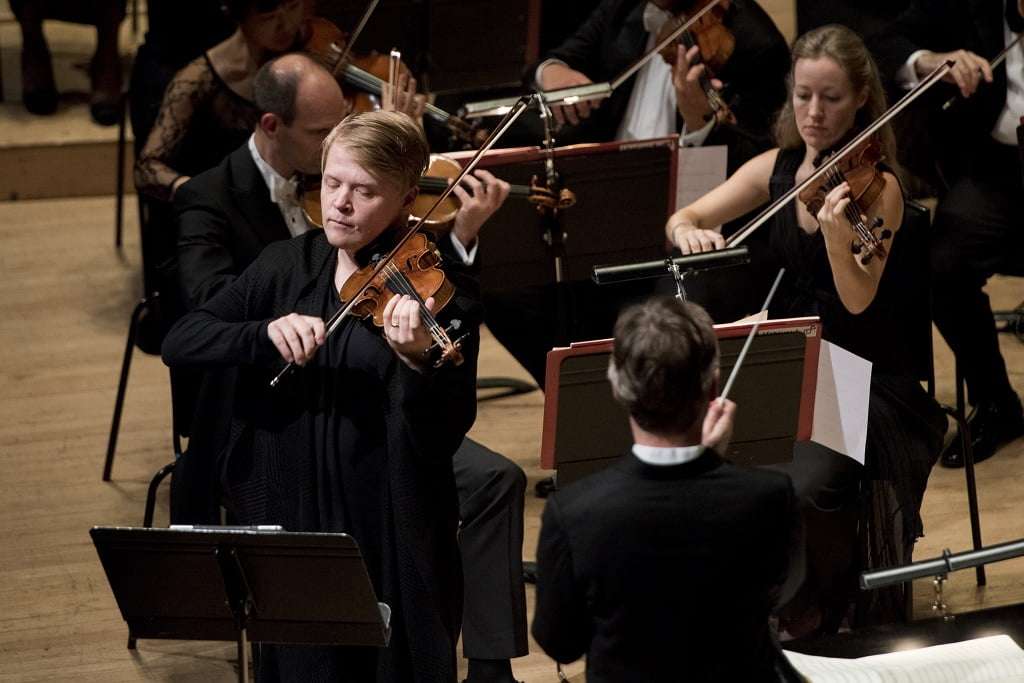 With Sibelius’s Fifth Symphony ringing in my ears from twenty-four hours earlier, conducted in the Barbican Hall by Sakari Oramo, it was good to now encounter his final two such masterworks from Esa-Pekka Salonen to open the Philharmonia Orchestra’s London season and also cue Southbank Centre’s Nordic Music Days.

Before getting to the music played, a word about a presentational flaw, the obnoxious lighting that accompanied these performances – different hues and densities, mocking both the music and intelligent listening – irritating, distracting and illogical – and for me headache-inducing. Natural and non-interventionist lighting is all that is needed, please.

The concert started with Anna Thorvaldsdottir’s Aeriality (2011), “the intersection between symphonic music and sound art.” Certainly atmospheric, with interruptions that might be heard as cracks in the ice, some Ligeti-like writing tickled the attention, as did the ticking of metal percussion and a soulful hymnal, but other (and more) moments were less intriguing. Also from Iceland, Daníel Bjarnason’s Violin Concerto (no date given, but recent) involves whistling from the soloist, and other players, and has a likeable whimsy. It might be described as a rustic fairground, Pekka Kuusisto (dressed like a monk but eschewing the hood) as much fiddler as violinist, the drone-like cadenzas less than inspiring, and although the music’s unpredictable, even anarchic, aspects had initial interest, put a few hours between them and there is little to return to, despite Kuusisto’s charisma and commitment, yet his encore, a “Wedding March from Sweden” (he’s Finnish), serenaded delightfully and said more in a couple of minutes than Bjarnason did taking much longer.

The “cold water” that is Sibelius 6 instantly raised the stakes following Aeriality. Salonen’s ‘black and white’ approach suits this music well without denuding the score’s rich expressiveness and enigmatic whispers, music timeless enough to survive the lighting eyesore, and beautifully played in terms of dynamics, detailing and togetherness. For the Seventh Symphony I listened with eyes shut if, nodding to Stanley Kubrick, wide ears. Salonen appreciates the organic and all-encompassing design of this Symphony, and if he introduced some elasticity he didn’t lose the threads, a performance both satisfying and well-achieved, the Philharmonia fresh and honed from a tour, and offering Sibelius’s ‘Valse triste’ (from Kuolema, Opus 44) as an extra.