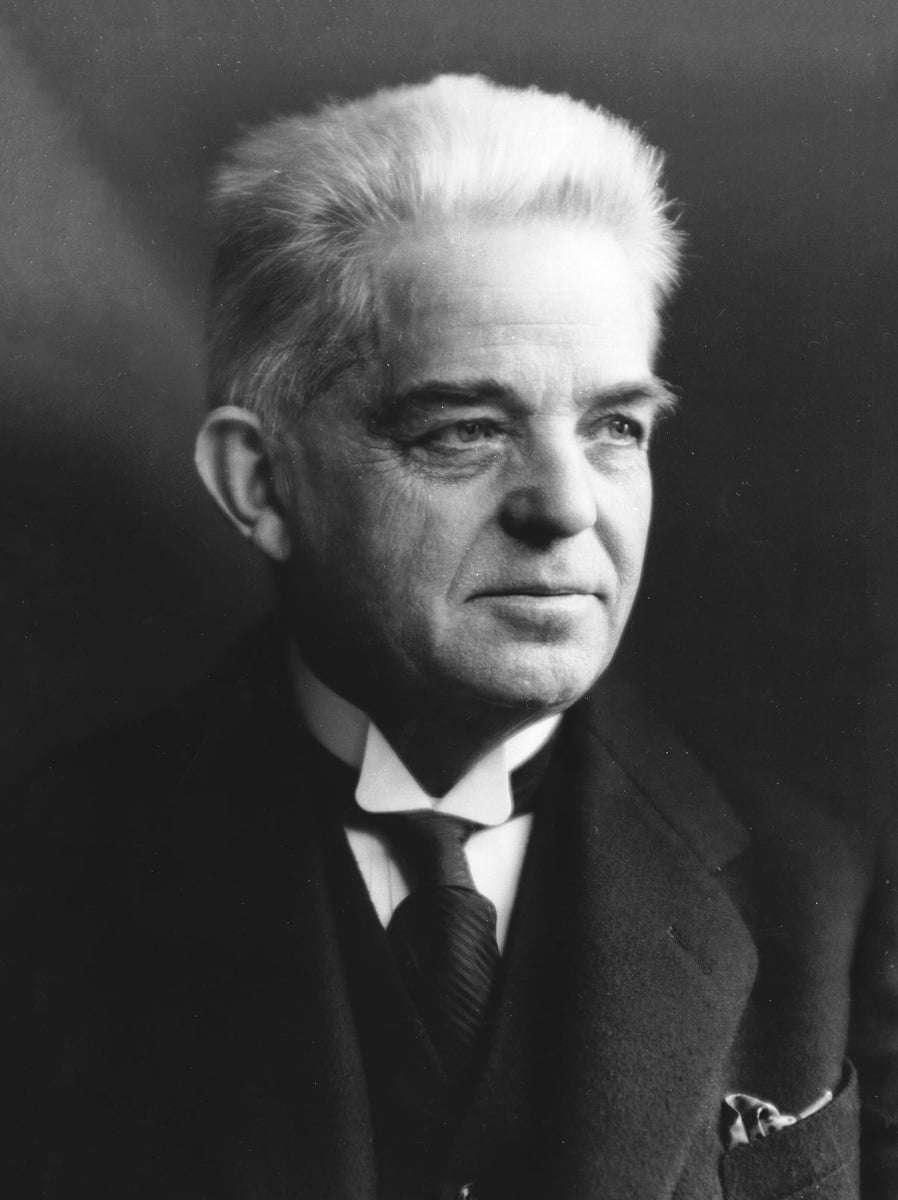 Paavo Järvi continues his Nielsen Symphony Cycle with the Philharmonia Orchestra and his appreciation of and devotion to this composer is obvious. Clearly he also has a keen admiration of Haydn but judging by his approach to ‘The Hen’ it is of a very personal nature. Only four bars into the work he tapered off the first phrase to pianissimo, a frequently-employed device of his it turns out (one also used by Roger Norrington). In fact Järvi phrased the music subjectively on many occasions although his strong contrasts of dynamics, even when not indicated by Haydn, were often very effective. Tempos were swift and the first movement dashed forward eagerly but the Andante needed more space to breathe and in the fascinating sequence of ever-repeated notes by second-violins and the violas Järvi faded down to inaudibility by the end of the sequence – a quirky idea and nothing to do with the score. I have reservations about the Minuet which was fast with ‘throwaway’ endings to phrases which made it uncertain whether or not the ensemble was absolutely unified. After an uncomfortably long pause, the Trio arrived and it seemed not to be part of the rest of the Symphony. The flute’s melody underpinned by first-violins featured only solo strings; a harmless idea but Haydn mentioned no such requirement and unfortunately the music lost momentum making the scramble back to the return of the Minuet very uncomfortable. The rapid Finale then came as a reminder that a lot was right about this interpretation and the dynamic contrasts made great effect.

When it came to Nielsen, Järvi’s forceful but sympathetic support for Mark van de Wiel in the Clarinet Concerto was immensely stylish. When Nielsen composed the work for his friend Aage Oxenvad he bore in mind the clarinettist’s choleric temperament and encouraged this impression by teasing the soloist with frequent interruptions by a snare drum. Taking an overall view, these episodes are an integral part of the work’s fabric. In this performance the combination of clarinet and drum seemed like a duet rather than a duel and the difficult combination of the contrasting rhythms was brilliantly achieved; Mark Prendergast was ideally precise. Mark van de Wiel was stunningly accurate in the fearsome solo part and the most remarkable aspect was revealed in the first of the two cadenzas where his eloquence, intensified by his perfect timing of the pauses between phrases, displayed a deep understanding of this challenging music. 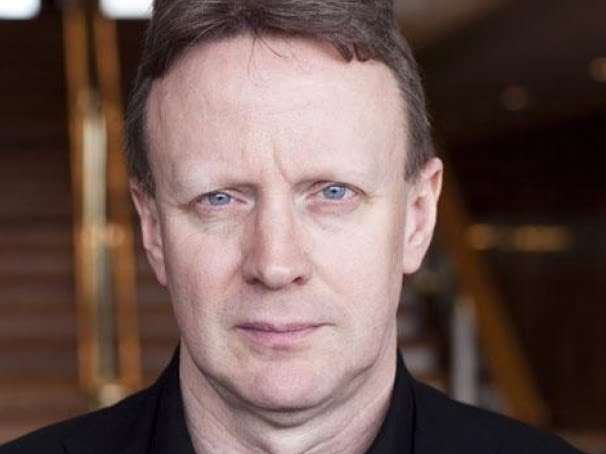 Nielsen’s splendid ‘Sinfonia espansiva’ featured forward-moving tempos, and the first movement was superbly unified. Details such as timpani imitating the melodic shape of the first statements are sometimes lost but here they were well-defined, so too the uninhibited sweep into the glorious waltz theme – a blaze of optimism within a basically dramatic movement. The heavy brass was somewhat weighty at times, not always leaving quite enough space for string melodies to break through; this was not a problem in the equally fully-scored Finale however.

The Andante pastorale was exceptionally beautiful. Here is a lovely rural scene suggesting the murmuring sounds of country life and great peacefulness. After a while Nielsen indicates that the landscape also includes human-beings so baritone and soprano are added – as word-less instruments. The placing of the singers to far right and far left of the Choir area respectively was perfectly calculated giving just the right sense of space and distance.

The subsequent movement is marked Allegretto un poco, Nielsen’s gentle replacement of the conventional Scherzo. There are still rustic overtones but I found the opening rather strange: those unfamiliar with the work would have found it difficult to identify the initial melody. I know the music well but could not grasp the themes and harmonies at this point, the woodwinds badly balanced and even the horns appeared hesitant; there was no problem with the similar wind passage that appears towards the end. 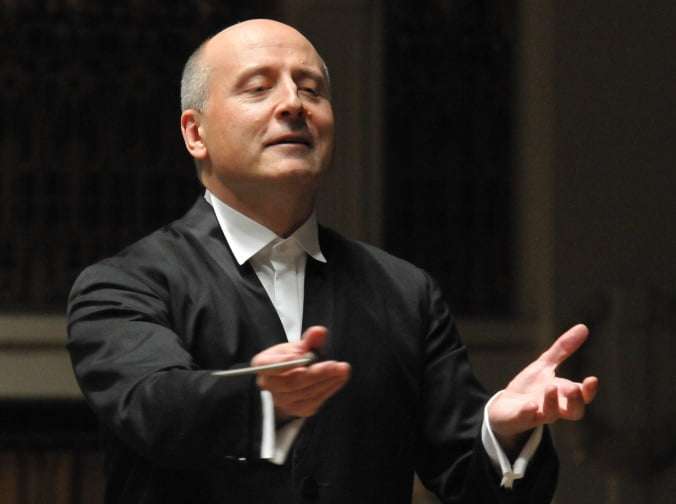 The Finale was very convincing. Järvi took it at a convincing speed – many recorded performances have lumbered slowly through this tuneful Allegro – a few ritardandos lasting only a couple of bars are the only changes of tempo that Nielsen indicates prior to requiring a reduction of tempo at the final statement of the main idea, giving a sense of grandeur. Järvi did make one adjustment after this broad statement by speeding up at the big brass entry (six bars after fig.12 in the 1913 score published by Kahnt) but it made for an exciting conclusion. The next Järvi Nielsen concert is November 10.

Earlier the Philharmonia’s Music of Today series featured the Swiss-born composer Dieter Ammann (born 1962). Unsuk Chin introduced the music in conversation with him. The description we were given of the two pieces was a useful preview and the element of improvisation in Violation was emphasised. The idea is simple: the cellist, after a little uncertainty (suggested by Ammann) presents from time to time an idea, which is elaborated by the ensemble comprising piano, violin, flute/piccolo, clarinet/bass clarinet), cello and percussion. The development is given with greatly varying effects. There is use of col legno and there is the beating of the cellos with the hand. New sequences are prefaced by forceful use of bass drum. Violations might be a useful title but the strange sounds were creative rather than disruptive.

The element of variation in Le réseau des reprises is based on rhythmic patterns. The group here is string sextet plus double bass, piano, harp and a selection of woodwind, brass and percussion. Strings and harp sometimes relax into a sustained mysterious support. Exploration of timbre is all – much use of mutes, particularly for trombone – and at one point the trumpeters obtained a percussive effect by hitting the mouthpieces. Altogether nearly an hour of highly original timbres but I thought it a bit optimistic when Ivan Hewett’s very helpful programme note referred to a “Broadwayish cascade of 7th chords”. To my ears the music was not that tonal.