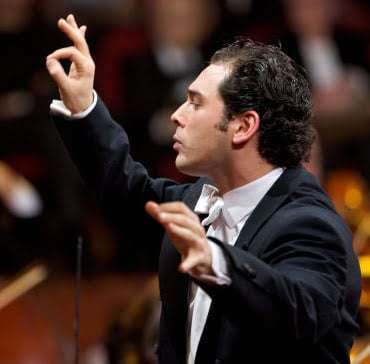 Idly glancing through the Philharmonia Orchestra’s current concert listings, I was momentarily brought up short by the amount of music crammed into little over a week, it being committed to seven concerts in nine days, made up of six different programmes under four conductors in places as far apart as Cardiff, London, Coventry and Bedford. One might wonder whether the musicians would have sufficient rehearsal time to prepare adequately for these events in four locations – with six different soloists (not including the vocal quartet in Beethoven’s ‘Choral’ Symphony) – or if any other internationally-known ensemble has such a workload.

More importantly, one might begin to imagine whether the pressure thus entailed would affect the quality of the playing. Time will tell, for this was only the second of those seven concerts, having been given the evening before (in Bedford), so any pre-concert concern regarding adequate preparation time was thankfully allayed almost at once, vividly and powerfully so in a reading of Beethoven’s Egmont Overture that showed the Philharmonia Orchestra at its best. 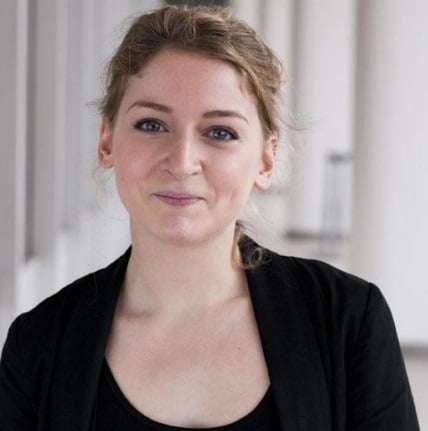 Tugan Sokhiev’s style of conducting may not be to everyone’s taste, but in Egmont the result was certainly acceptable, forming an exciting prelude to Katy Woolley’s magisterial account of Richard Strauss’s Second Horn Concerto (1942 – the key signature not stated on the score and composed 60 years after the First). Her playing surely inspired the Philharmonia and Sokhiev to give of their best, and the result was a wholly memorable account of what is, to my mind, the greatest Horn Concerto ever written – the quality of Strauss’s invention, his masterly handling of the varied thematic material, all of it fitting the instrument like a glove, his command of the orchestra, the varying of texture and the sheer demonstration from a great composer of what the modern French Horn is capable of – all of these factors come together in the first of the composer’s final group of masterpieces. Woolley was more than outstanding – in the hugely difficult finale, she dealt with the technical demands as if they simply did not exist, to the point where that wonderful moment when all three horns (two in the orchestra) join together, just before the end, was a moment to savour.

Brahms’s Fourth Symphony, on paper a clever choice for this programme, fared less well. Those of us of a certain age remember accounts of this absolutely indestructible masterpiece from this very Orchestra (as was) in this very Hall, under greater conductors than Sokhiev, and it was these memories that caused one to view this account with no pleasure. This work is a wholly organic symphonic creation which appeared almost at the very end of the inherently Classical era, albeit within that of High Romanticism, and reveals its masterly qualities only when approached in that manner. But by about bar 30 in the first movement, it was clear that Sokhiev had not settled on a constant tempo which would have revealed the inherent symphonism of this greatly significant movement – greatly significant in its place in musical history.

One could see various members of the string sections looking at one another as if to say: “What tempo should we be playing this passage?” – for it seemed, as the music progressed, that Sokhiev had little sense of rhythm, of a genuine constant pulse, failing to grasp of the totality of the structure. Nor was this all – the orchestral balance was ill-judged, and Sokhiev’s direction bordered on the absurd: it is simply objectionable to stop conducting, as he did at one point in the Scherzo, leaving the Philharmonia on auto-pilot, only to wave his left hand aloft in the direction of the triangle during the few passages the percussionist was engaged. This reading of the great passacaglia finale was bitterly disappointing. As a demonstration of conducting technique, Sokhiev made Leonard Bernstein’s excesses seem the height of musical rectitude.