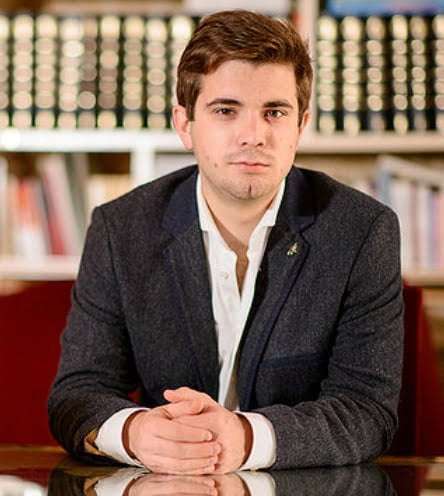 The second programme in the Philharmonic Chamber Orchestra of London’s current season at Cadogan Hall had a similarly intriguing sequence as did the first on November 9. For here, Tchaikovsky’s Violin Concerto ended the programme, an unusual placement, but undoubtedly the correct one in view of the music that preceded it.

Christopher Petrie’s Fantasia on Christmas carols proved a pleasant opener, a multi-sectioned suite, each movement based upon a carol from a different European country, and each with distinctive orchestration. This worked very well, apart from the third, ‘Stille nacht’, seemingly scored for just harp and celesta. Frankly, this didn’t work, with the other members of the orchestra just sitting there for five minutes or so: some feather-light string background would have been a suitable addition to the very flimsy texture. It was a nice feature to have the two trumpets offstage at the beginning of the following movement, walking on as they played, and overall the work made a very positive effect, though it was odd to see the composer-conductor shuffling single pages of his manuscript before each movement: they should have been bound in sequence, reducing the length of the gaps between each piece.

This orchestra came fully into its own in Ravel’s masterly Mother Goose Suite, which was finely performed, with excellent solo woodwind and a string section that was first-class throughout. The 40-odd members of this orchestra sounded very well in Cadogan Hall’s highly sympathetic acoustic, the balance nicely judged.

However, rather more than 40 musicians are required in Tchaikovsky’s Violin Concerto, which at times sounded a little wanting in terms of richness, but no-one could deny the deep musicianship of the players, doubtless inspired by the very fine account of the solo part by the Romanian Remus Azoitei, who was superb in this immortal masterpiece. His phrasing, tone, command, sensitivity and sense of character were of the highest standard, faithfully partnered by Petrie and his players.

The PCOL’s next concert at Cadogan Hall is on March 3, a British programme including Vaughan Williams’s Five Variants of Dives and Lazarus and Flos Campi (with violist Sarah-Jane Bradley) and Finzi’s Requiem da Camera, with the London Chorus.