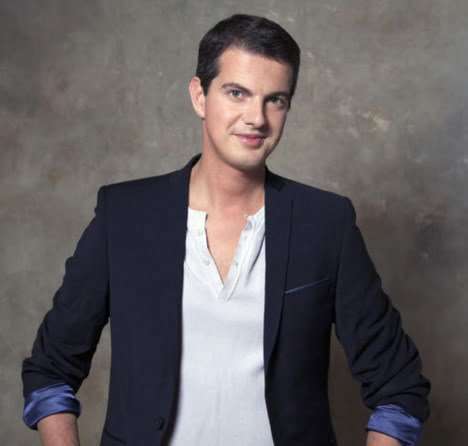 Ensemble Artaserse – founded in 2002 by Philippe Jaroussky, Claire Antonini and Yoko Nakamura – began this Vivaldi BBC Radio 3 Lunchtime Concert at Wigmore Hall with one of the composer’s numerous Concertos. Throwing themselves with vigour into the distinctive four-note motif of the first movement, the musicians highlighted Vivaldi’s near-obsession with this idea, using crisp attack and immaculate ensemble. Nakamura switched from harpsichord to chamber organ to successfully mottle the tone of the nicely paced slow movement, while the third, a fugue, was very well played, although the single violist was outnumbered by the six violinists.

Without a break we were led into the Stabat Mater, an extremely effective setting. In Jaroussky Vivaldi’s music had the ideal vehicle, with a voice of incredible dexterity and lightness of texture that could clearly portray the anguish and sorrow with controlled and subtle vibrato. The violinists’ nudging accompaniment was notable in the ‘Cujus animam gementem’ (Her weeping heart), but at the words “Eia mater, fons amoris” (O mother, source of love) they were alone with the voice in a passage remarkable for its intensity of feeling. An affirmative “Amen” rounded off an affecting performance.

We then heard a second – and very brief – Concerto, whose calling card was a particularly energetic design in the first movement, before a substantial setting of an anonymous Latin poem, Longe mala, umbrae, terrors (Be gone evils, shadows, terrors). Jaroussky seized the opportunity for display, showing off some incredible vocal gymnastics that took him effortlessly to a top G. Vivaldi’s writing requires immaculate control on the part of the singer. Jaroussky was there with flawless intonation and timbre, and with more than a little flamboyance. To this Ensemble Artaserse provided ample and subtle support. The most effective section was also the quietest, depicting the descent of the Voice of Heaven and so doing with very little weight applied to the vocal line.

There were three encores: the ‘Domine deus’ from the Gloria (RV589) and then two movements from the Nisi Dominus (RV608), alternately vigorous and subdued, Jaroussky suspended above silvery dissonance from the violins. For the extremely moving ‘Domine deus’, Alessandro Tampieri used well-chosen vibrato to effect a beautiful cantabile sound, while the continuo – cello, double bass and theorbo – was pizzicato only.