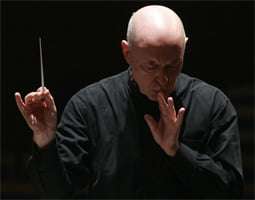 On 29 September 1937, during the course of a letter dominated by a rant to his wife about Hitler and Mussolini, Arturo Toscanini poured forth about Beethoven’s Ninth Symphony, noting an imminent performance: “I’ll have to surpass myself again, hop up a bit higher in order to stay at the same level”. Of the Adagio he wrote: “Paradise – I feel what is inexpressible. It lifts me off the earth, removes me from the field of gravity, makes me weightless; one becomes all soul. One ought to conduct it on one’s knees”. Although Toscanini was clearly enthused in his devotion to Beethoven’s celebration of brotherly love by his parallel hatred of dictatorship, the passion he felt for this music is typical of those fortunate enough to conduct it. Even orchestral musicians worn down by repetition and suspicion respond as new to the work’s profundity, a depth of feeling that is as much a product of the music, as is the moving context of its creation by a genius isolated by deafness, social inequality and what might now be considered clinically to be “behavioural problems”.

It is not simply that the music is beautiful or moving; it is that a man whose experience of life warranted nihilism and despair conceived a work of such extraordinary optimism and idealism. As a result, there is always a temptation among conductors to invest performances with reverence and devotion – after the philosophy, if not the aesthetic, of Toscanini – and only the work’s very finest conductors have managed to hold themselves at bay, so resisting the temptation to yield mind to heart.

By this measure, Christoph Eschenbach is one of the ‘Choral’ Symphony’s finest conductors. His performance with the London Philharmonic was quite simply the ideal. The cliché that great conductors allow a work hackneyed to death to be heard anew was never more true than of this breathtaking interpretation, in which the emotion and feeling were tangible because of the orchestra’s unity of conviction, and the musicians’ remarkably sensitive response to Eschenbach’s direction. As a general observation, the detail of the reading suggested a dozen rehearsals – whereas, in truth, they committed far less – and the spontaneity and richness of the phrasing were astonishing for an orchestra working with a guest conductor. The articulation was constantly surprising, and internal voicing lost commonly to noise and bluster was rendered strikingly fresh, with the wind and brass parts actually working together, rather than against each other.

The first movement was allowed its sweep, despite the many changes in pacing and temperature, so that the thunderous climax achieved its effect in the manner of its conception, and not simply by reason of volume. The surging, urgent pulse of this leviathan movement was almost overstated, but the approach emphasised the music’s innovation so that the scherzo’s almost light-hearted, proto-Mendelssohnian quality achieved its effect without artifice or strain. Eschenbach played all of the repeats, and he might have reflected on why the composer employed as many as he did, since much of the carefully managed articulation in this movement was repeated without variation, and risked becoming overtly cyclical.

The Adagio was played as an Adagietto, which served the music’s sentiment without risking Bernstein-esque sentimentality, and the LPO strings are to be commended for sweetness and musicality. The turns of speed and mood were haunting, and the weightlessness of which Toscanini spoke in his letter was achieved to a degree many times more affecting than anything the Italian managed on record. 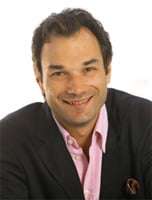 The ‘choral’ last movement suffered a single disappointment, namely the placing of the solo quartet behind the orchestra and in front of the chorus. This was foolish, for while Eschenbach could probably hear them well, anyone further back than the front stalls can have heard little or nothing. The tenor Nikolai Schukoff was inaudible during the ‘marche militaire’, which was a particular shame, since he shone out as the finest of the four. Singing from memory, the chorus was sensational, bringing superb diction and a kaleidoscopic tonal range to music that is more often than not barked.

Eschenbach oversaw a suitably theatrical finale, in which dramatic changes of pace were underlined by an attention to detail that allowed individual players to shine, as so often they cannot. It was wonderful to see a conductor suppress the brass without suppressing its effect, so that the horns produced a gloriously old-fashioned rasp, and the trumpets produced superb punctuation, without harming the overall texture of the music.

The final pages were suitably ecstatic. This was a deeply moving, magically played performance. Less memorable, however, was the music played in the first half: the Five Orchestral Pieces of Matthias Pintscher. Lasting half-an-hour, these beautifully crafted, but ugly, shapeless and unmusical pieces were played superbly – particularly the demanding percussion parts. The pointillism of the writing is of a rare order, with an extraordinary detail that no doubt required a huge amount of rehearsal. The music’s complexity – with needlessly awkward odd-number time signatures – required everything of its performers, but to little or no emotional effect. Scheduling such empty noise ahead of one of the peaks of Western art was plain cruel.