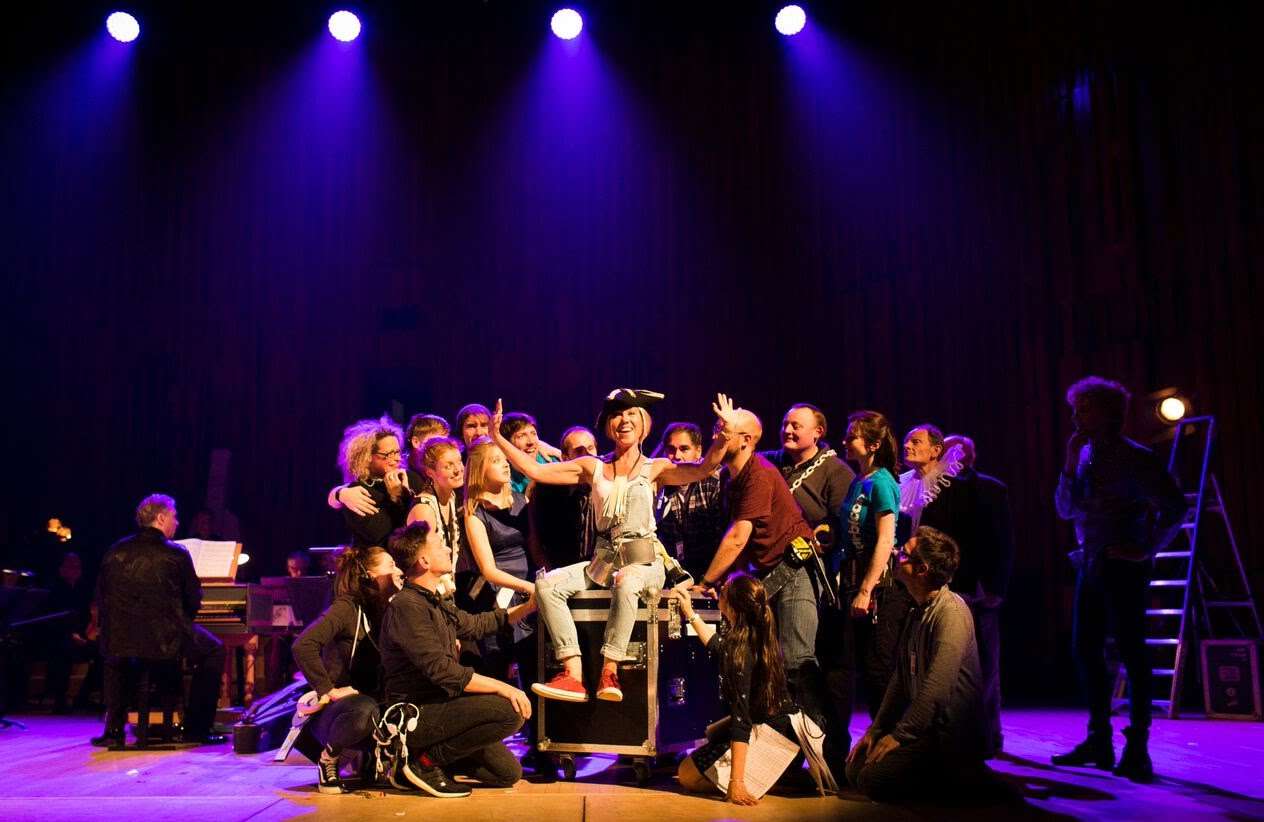 Having accomplished a three-year cycle of Monteverdi’s operas, the Academy of Ancient Music now looks toward the other end of the 17th-century and closer to home in embarking on another such series, exploring some of Henry Purcell’s work for the stage. In starting with The Fairy Queen (1692) this latest project also happily coincided with the 400th-anniversary of Shakespeare’s death, pairing arguably the greatest exponents of their respective arts which England has produced.

The Fairy Queen’s ‘semi-opera’ format is a strange hybrid of spoken drama and music, reflecting the English preference for an emphasis upon the words, and more akin to what Continental traditions would have regarded as incidental music. This production kept Purcell’s musical items – which, in fact, set words other than Shakespeare’s and loosely adapts in different contexts the scenes among the fairies and the mortals of A Midsummer Night’s Dream – but essentially jettisoned the dialogue from that play. Instead the anonymous figure of the Narrator was introduced, commenting in the fashion of a ‘chorus’ upon the incidents related in the masques through literary bleeding chunks from elsewhere in the Bard’s output, such as Sonnet 129, “Hark, hark! The lark”, and “Our revels now are ended”. These were declaimed with subdued dignity by Timothy West. 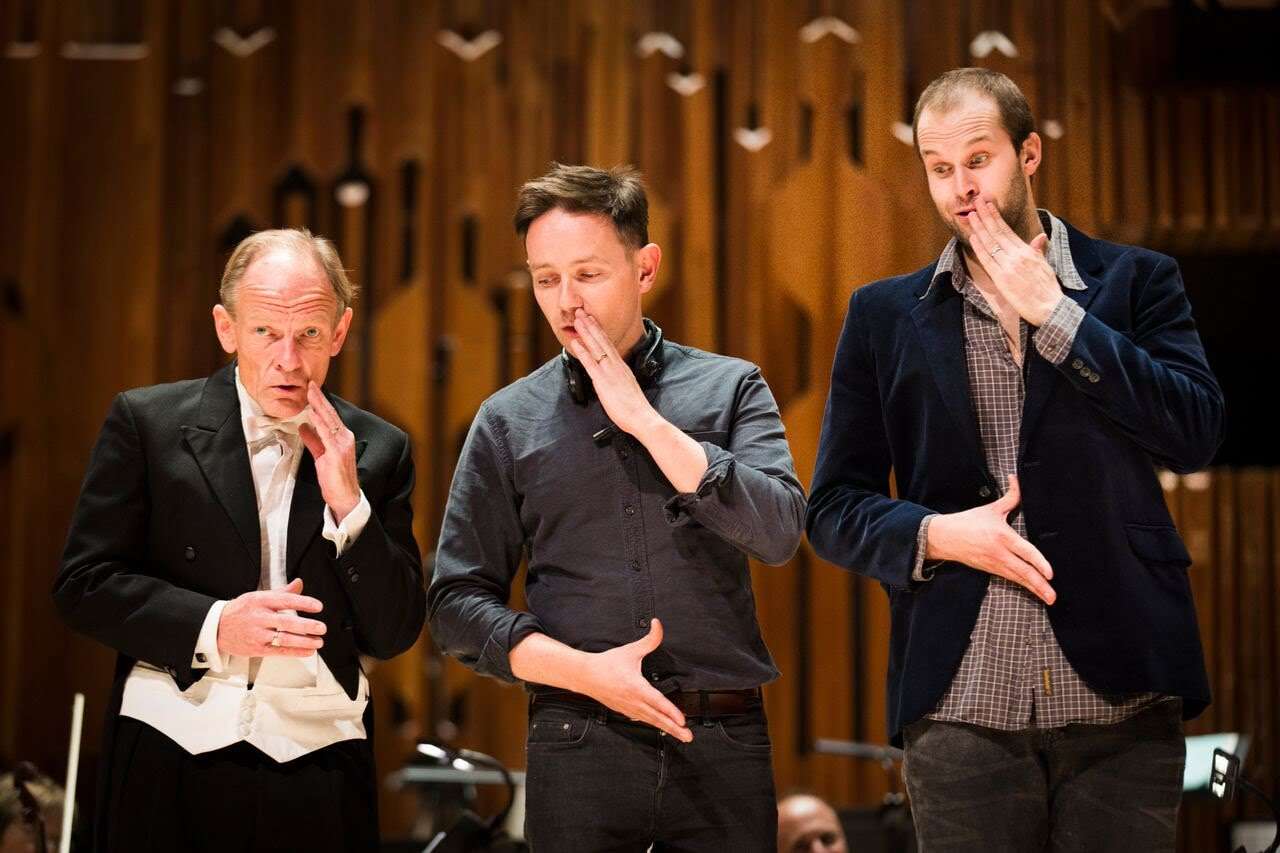 This ploy threatened to overthrow any narrative sense in the drama but insofar as that was averted, this was due to West’s quiet authority and the well-sustained vigour of Richard Egarr’s direction of the score, which might otherwise have seemed like disparate character-sketches and ditties. From the beginning there was an idiomatic charm in the AAM’s approach to the dances and instrumental interludes. The musicians contrived a chameleonic ability to alternate between the earthier numbers such as a ‘Hornpipe’ and the ceremonial ‘Symphony’ opening Act Four, and a more refined elegance for Act Five’s ‘Chaconne’. They provided equally characterful, but not obtrusive, support in the vocal and choral numbers, such as the silvery texture of the strings for the description of ‘Night’ in Act Two.

Daisy Evans’s production was not so much a play within a play, but a rehearsal within a play, taking its cue from the comedy which the Rude Mechanicals put together in Shakespeare’s original (though not referred to in Purcell’s work). With the characters in contemporary, informal dress, and the stage littered with props and other paraphernalia, the cast-members were in continual flux throughout the performance as they found their way towards a realisation of the drama’s supernatural elements through mime, action, and dance. If the use of well-tried meta-theatrical devices such as the singers’ coming onto the stage through the audience, lights not going down immediately at the start, and the characters’ knowing awareness of the audience offered little insight into the composition, it was nevertheless well executed and Jake Wiltshire’s lighting was atmospheric. 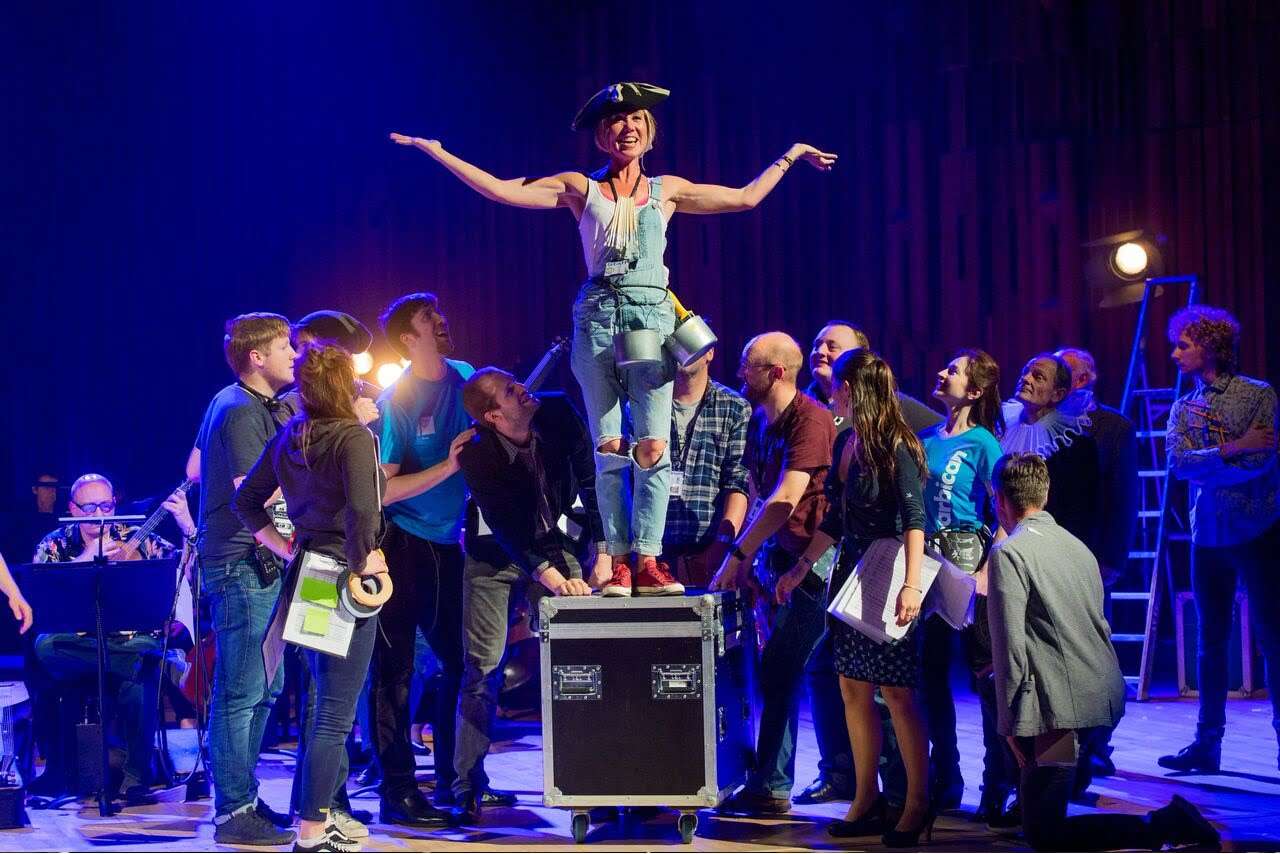 The singers performed convincingly as actors, above all Ashley Riches, one moment demonstrating slapstick humour as the Drunken Poet or the shepherd Coridon, and at others a compelling solemnity and intensity, variously as Sleep or Winter. The altercation between Coridon and his beloved Mopsa amusingly sent up normal expectations as to gender relations by having Iestyn Davies assume the latter role rather than one of the female singers. In that, as elsewhere, he sang with his customary precision and warmth of tone, allied with close attention to the enunciation of the text. In the tenor parts Charles Daniels and Gwilym Bowen tended to be more effusive and extrovert, not least in their duet ‘Let the pipes and the clarions’ where they evoked a brass fanfare through the music given to them. If Rowan Pierce sang with a demure, dainty charm, Mhairi Lawson was more-sprightly, sounding coaxing and coquettish in several of her numbers. To his credit Egarr was also a good sport, taking part in some of the action of the choruses, adding as much fun as in his accompaniments at the harpsichord.

The relative significance of music to words was weighted rather more in favour of the former than Purcell would ever have expected, but the result was an enticing medley of the two elements. Even if the choreography meant little, it did not actively oppose the music, and so the production was generally coherent if unorthodox.