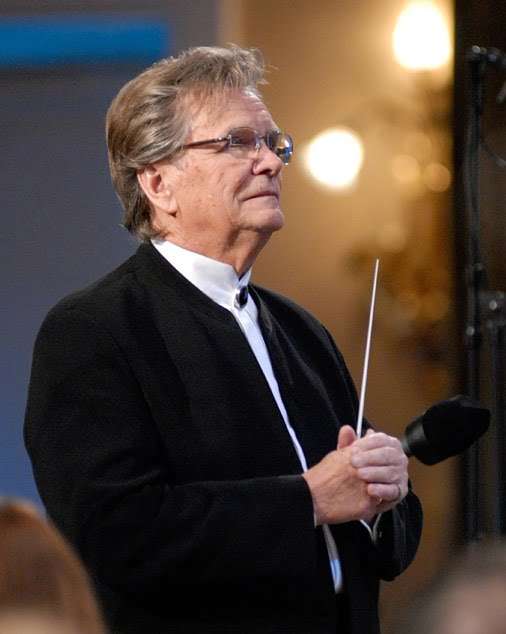 Not exactly a boundary-breaking programme, but that is to reckon without Vladimir Fedoseyev, now aged 84, who has been Chief Conductor and Artistic Director of the Moscow Radio Symphony Orchestra (re-named Tchaikovsky SO in 1993) for a tenure – so far – of forty-two years, following such as Golovanov and Rozhdestvensky, and of a length commensurate with Ansermet (Suisse Romande), Ormandy (Philadelphia) and, closer to home, Mravinsky in Leningrad (where Fedoseyev was born).

The TSO’s ripe capacity to seduce was immediately apparent in the slowly flourishing opening to ‘Polovtsian Dances’, before pagan uproar disturbs such slinky entreaties. Here was sensuousness and barbaric splendour courtesy of rich, deep and lustrous playing – plenty of character, colour and panache – the music strutting and shifting; smile-inducing too, not least when the man on the tambourine gave it several enthusiastic bangs.

Pavel Kolesnikov is twenty-seven and looks several years younger. He gave a magnetic account of the Tchaikovsky Piano Concerto, very much in the grand tradition, particularly in the first movement, launched by fruity horns. Breadth informed the not-heard-again opening, a majestic statement, pianist, conductor and orchestra as one. Kolesnikov integrated himself into a time-honoured, imperialistic, approach without sacrificing his own personality, and his unflappable precision with the notes refused any charge of him being pedantic. Dynamics were without contrivance, phrasing was shapely while devoid of exaggeration, and he ruminated without losing the music’s threads, all the while secure that Fedoseyev and the TSO were supporting him without ever being ‘second fiddle’. Whether athletic (the Finale) or lyrical and light (the middle movement) this was a warhorse being fed and watered in gratifying pastures new, and Kolesnikov’s Chopin Waltz encore was as insouciant and dancing as you could want.

As for the ‘Pathétique’, it was not so much freshly laundered as viewed from a different perspective, Fedoseyev’s. The TSO makes a marvellous sound, especially the glorious strings, and the woodwinds are notably present and personable, and if the brass can be a little suspect then the timbre is of yesteryear – vibrato-laden and edgy – good to know that such tradition is not lost in Moscow. Percussion is immediate and earthy, but nothing is forced; this is how these Muscovites play, it is distinctive, innate and genuinely authentic. 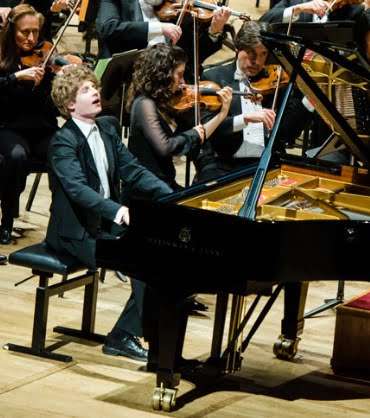 Fedoseyev is his own man too, individual but not wilful. Tchaikovsky 6 opened bleakly, confiding, sunless, even the faster music was apprehensive before yielding to bittersweet reminiscence. Tempest and tumultuousness weren’t in short supply however, with sexed-up dynamics and detailing adding to the sense of theatre. The first movement was gripping, so too its 5/4 successor, elegantly turned at a melody-savouring tempo, the music burdened with regret, then swept aside by the brisk March, arguably too fast if brilliantly played and undeniably thrilling, the ‘stereo’ violins throwing ideas across Fedoseyev’s podium.

The slow Finale flowed with lamentations, dignified in departure, and became more and more extraordinary, not because Fedoseyev was to any degree wayward but because he and his orchestra were digging deep into the soul of the music and its sinking ever downward, double basses keeping things alive even with irregular heartbeats and pungent pizzicatos, until nothing… This wasn’t your everyday ‘Pathétique’.

It was clear throughout this concert that these musicians have worked hard in the rehearsal room, and I wonder how many times they have performed these particular works (although the TSO and its conductor have a wide and ample repertoire, and he remains in contact with Tokyo, Vienna and Zurich). Fedoseyev tends to mould the music with his hands, but he can be incisive when required; he knows his orchestra is dedicated to his demands, and the “paternal” tag in relation to his players was also obvious enough. There were two encores, well-chosen even if the same pair as three years ago at this venue (following Fedoseyev’s remarkable conducting of Shostakovich 10), something gentle, poignant if spirit-lifting by Georgy Sviridov (1915-98) – its title unknown then and now – and conclusively the ‘Spanish Dance’ from Act Three of Swan Lake, castanets to the fore and rather macho, the polar extreme to the blackness and numbness that informed the end of the Symphony … otherwise we might have left Cadogan Hall really depressed.