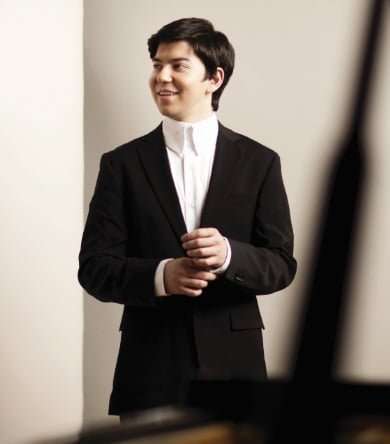 David Zinman here returned to the London Philharmonic for a concert as part of its season-long Rachmaninoff Inside Out festival, although Paganini Rhapsody is a regular feature in any orchestra’s schedule irrespectively. Behzod Abduraimov (born 1990 in Tashkent) brought to it a top-drawer technique and enviable confidence but also steely fingers and angular phrasing. For all the aggressive percussive weight he forced onto the piano, there was a lack of body to the tone and a limited palette of variegation. Characterisation was also in short supply, as was soul, the latter so important to Rachmaninov’s music. Despite Abduraimov’s flying fingers, poetic flourishes in Variation XVIII and a witty turn of phrase to round-off this ingenious masterpiece, this was an in-parameters if immaculate showing and with undoubtedly much talented promise for things to come, leaving, on this occasion, Zinman and the LPO to supply assortment, sweep and unforced scintillation. 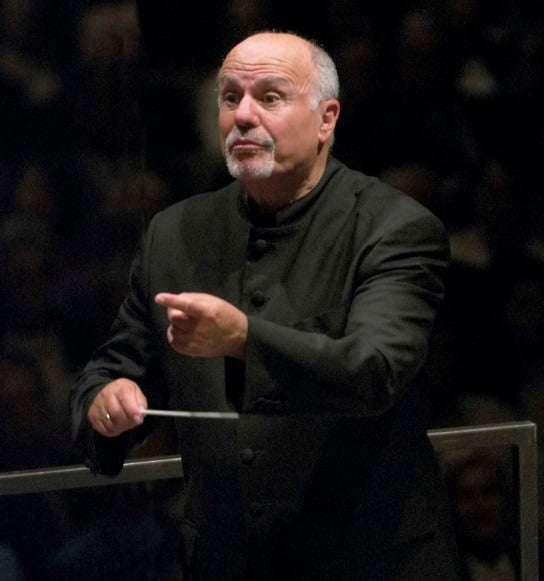 The concert had opened with Wagner’s Overture to Tannhäuser featuring solemnly-beautiful woodwind-playing and warmly inviting strings; a genuine sense of pilgrimage had been established (regardless of some in the audience showing-off their coughs), although the trombones were too keen to take the limelight, and once again at the majestic end of the piece. In between, Zinman nudged the stresses of the music with a master’s art but was a little curt with the faster passages, which better suited the snatches of bacchanal. Cueing Venus, there was some lovely light-emitting violin solos from the two front desks that were poetically complemented by Robert Hill’s clarinet.

After the interval a wonderfully absorbing Tchaikovsky 4, although here again brass could be ungainly dominant, with trumpets edgy and trombones blaring through to the detriment of colleagues. Zinman seemed more than satisfied though, as he should: no doubt his requirements were being met fully, for the LPO was in very responsive, vibrant and distinctive form.

There was no doubt that Fate was imposed from the off. However, this was no smash-and-grab account, Zinman’s trump card being to expose the music’s shadows and stoicism, the avoidance of flamboyance and superficiality strengthening Tchaikovsky’s hand. Zinman cannily threw a moderate-tempo line across the first movement to embrace its swaying ballet and deep-seated (clandestine) passion.

The middle movements were marvels, the slow one exposed by John Anderson’s sweetly enunciated oboe solo, dulcetly responded to by cellos, the mood rapt and tender, the ensuing folksong interlude only heightening the dark side that this music then turns to, expressively teased out here. By contrast – and borrowing from Britten – the ‘playful pizzicato’ of the scherzo enjoyed Zinman’s relaxed tempo, easeful baton and musical discrimination and also his insistence on dynamic variance, all of which caught the ear to advantage; the carnival-jest trio was drolly brought off.

The finale burst straight in, and was disproportionately faster to anything that had gone before – and this is after all a Symphony, with all that the title collectively implies – yet there was also a palpable emotional release, enhanced by some cracking playing, Zinman sustaining the roller-coaster ride before Fate returns to interrupt … but it is soon vanquished with the festive final bars, made the most of here, right down to the triangle’s ping on the last chord.