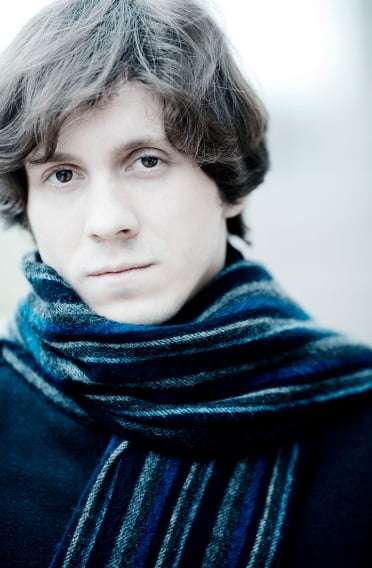 Rafał Blechacz swept the board with all five prizes at the International Chopin Competition in 2005, which has led in turn to a prestigious recording contract and an impressively full and world-wide diary. Thus elevated, aged twenty, into pianistic aristocracy, he has been talked about in the same breath as his Polish compatriot Krystian Zimerman, and his Chopin sympathies made themselves clear, with the LPO in London in 2011, when he stood in for Maria João Pires in one of the Concertos. You might expect that, with this calibre of pedigree, Blechacz would be in superstar pole position, but, in the UK at least, his reputation lacks definition.

And unfortunately for this Wigmore Hall recital, events conspired against him, when the start was delayed by half-an-hour. As he announced from the piano, this was because of a family crisis, and, while the full and quite young audience was sympathetic, he had his work cut out to establish a bond with us, with a curtailed interval, the briefest pauses between pieces, and no encore adding to a sense of extra-musical urgency.

One can only speculate as to how this affected him, but I came away impressed more by technical panache than by the sort of engagement that refreshes the music. His playing was far from being emotionally or spiritually inert, but there was a coolness that didn’t get beneath the skin of Mozart in minor-key chromatic mode. The Rondo, an extreme and extended wordless operatic scena, stayed within the confines of formal security and plangent elegance; and, similarly, the maestoso element of the Sonata’s opening Allegro marking is there to add substance to the first movement’s febrile anxiety. You couldn’t fault Blechacz’s momentum, but the longed-for intensity only surfaced in the development, predominantly via a remarkably punchy left-hand. In the slow movement he got the nearest to the spirit of this troubled work by taking its serenity to remote realms via the drifts of harmony and warmth in the Chopinesque decorations.

Blechacz needed to relax more in Opus 101, but the first movement’s lovely, free-wheeling personality made its mark against the following March, which in Blechacz’s hands anticipated Schumann at his most exuberant. Later, in the Finale, a rather thick tone ironed out its essential element of surprise, and there were some choppy pulls of speed. Overall, though, a sense of benign meditation put the explosions of energy in the March and the Fugue into context.

A rare performance of Robert Schumann’s G-minor Sonata distilled the contrast of the Beethoven. It can easily come across as a blur of ever-faster speeds, but Blechacz was in complete command of the telling moments of retreat, and the slow movement, which makes a poetic little-something go a long way, took you back to the ecstatic world of the C-major Fantasy. His virtuosity in this otherwise vertiginously fast work was sensational. He got the Schumann delirium perfectly, but oddly in Chopin’s Opus 24 Mazurkas he didn’t nail their secrecy and improvisational quality. He closed with a rousing account of the A-flat Polonaise, heroic in tone, pedal power and some attention-seeking yanks on the tempo. I’d have though that this type of barnstorming wouldn’t be part of Blechacz’s sensibility, but it sent people away happy, even if it sounded as though he’d done it many times before.