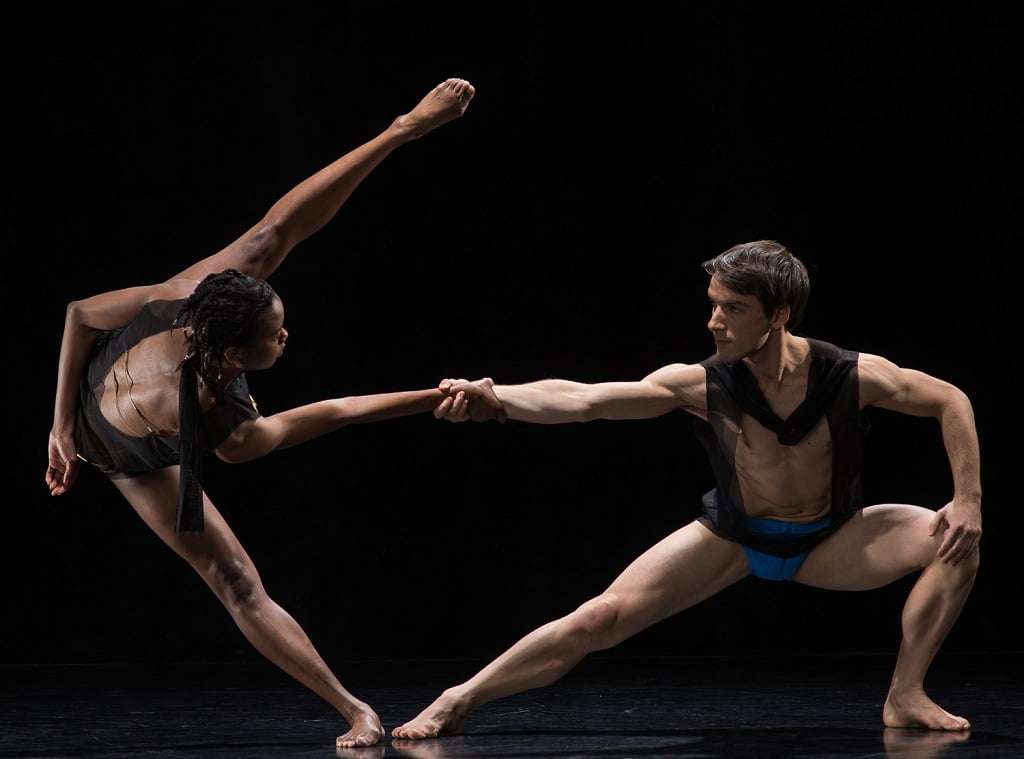 Britain’s oldest dance company has a resolutely forward-looking artistic policy; director Mark Baldwin has essentially turned his back on works which long defined this ensemble in favour of the new. The result has been mixed at best, but this latest mixed bill from the company at Sadler’s Wells is to be welcomed.

Shobana Jeyasingh is an experienced dance-maker, bringing great intelligence to her choreography, and Terra Incognita is no exception to that, inspired by “ideas and images of journeys, difference and distance”. It does not set the pulse racing but is rather to be admired, a fluent creation around the dramas of exploration, both physical, in terms of new environments, and emotional. Her dance-making carries hints of her Indian heritage: poses and hand shapes evocative of classical temple dancing, but her overall vocabulary is resolutely contemporary. Hers is a weighty approach to movement, with dancers making full use of the floor and leaving it only in brief lifts, never in jumps or leaps. The overall effect is distinctly cerebral, at times impenetrable, not helped by Gabriel Prokofiev’s tiresomely grumbling score which provides rhythmic counterpoint but little balm to the ears. 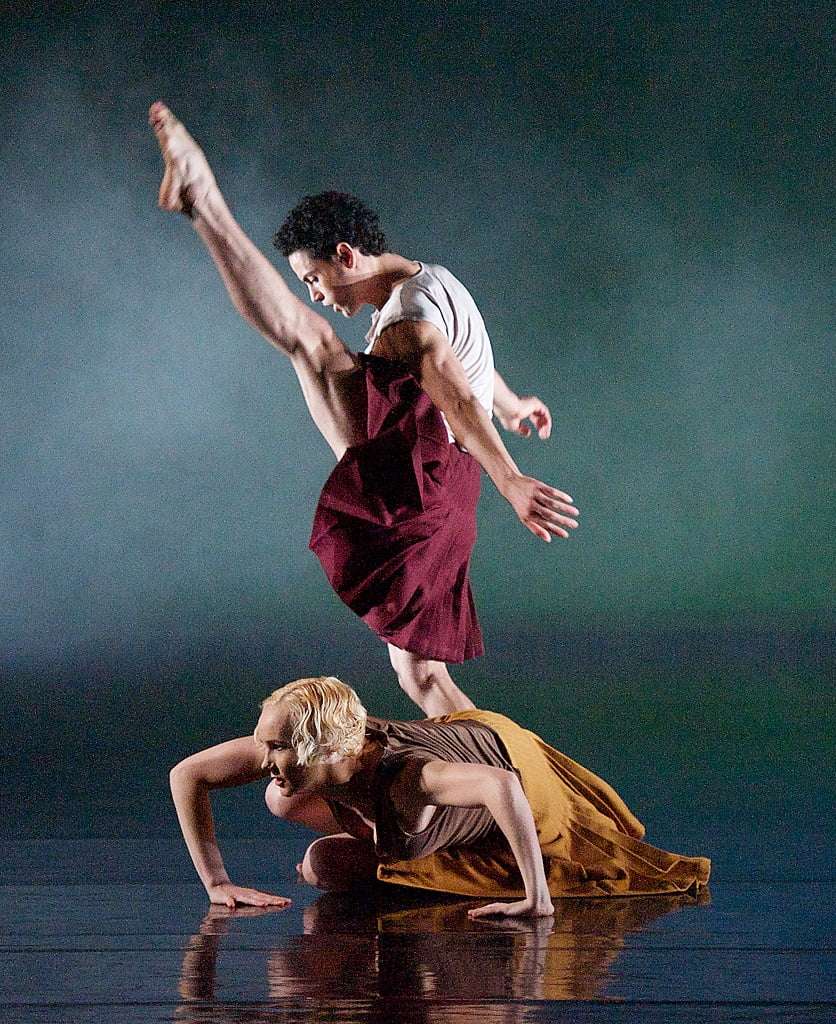 Large panels rise and fall, lighting changes moodily and Jean-Marc Puissant’s skirt-and-top combos for both men and women are handsome. The work finally lifts-off in its closing section, as a series of finely wrought duets bring depth to an exploration of human relationships – tenderness, hesitation, force and desire all have their place. As an opening work, it is low-key, but dance is not only about effect and dazzle, and it would be a poorer art form without such thoughtful artists as Jeyasingh.

Tomorrow, newly created and the company’s contribution to the Shakespeare celebrations, is a striking work, full of refreshing and intriguing ideas in a visual context of scenic brilliance. Having recently worked with Carrie Cracknell on the Young Vic’s production of Macbeth, Lucy Guerin has taken her relationship with the play even further, making a pure dance piece. It is unlike anything seen before and has as its core concept the division of the stage in two, the one side peopled by the supernatural (dancers as pale shaman-like figures), the other the mortal (peopled by dancers in black bomber jackets and trousers). To Scanner’s mesmeric, insistent score the two worlds function at first separately, the ‘witches’ indulging in strange movements often reminiscent of Expressionist dance of the 1930s, the humans in curious mime. 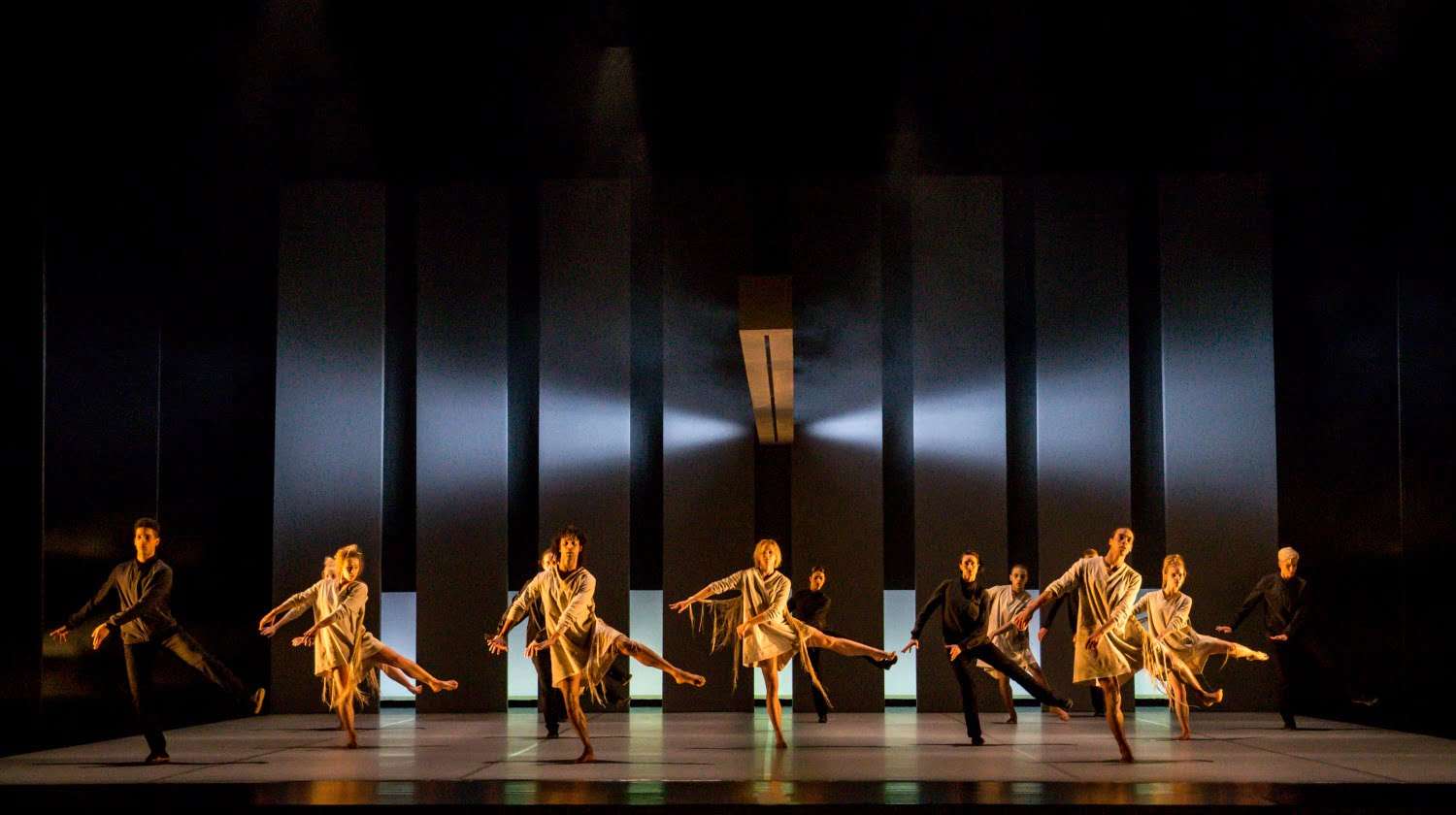 The brilliance is that we are seeing the narrative of Macbeth acted out backwards, starting with the death of the eponymous character at the hands of Macduff. These two worlds, divided by a lowered beam, exist simultaneously, so as scenes are played out to the left, the spirits disport themselves to the right. Tension rises as the beam moves aloft and the worlds combine, the spirits walking among men and the narrative moving inevitably to Macbeth’s opening encounter with the three sisters. This is dance-making of the highest order, an original concept which makes perfect sense and the demonstration of a quite brilliant understanding of the stage. Rambert’s dancers rise to the many challenges of such a radical working with impressive ease, whichever world they inhabit.

A Linha Curva should be adopted forthwith to add some much-needed enthusiasm to the seemingly beleaguered Rio Olympics – created in 2009 by Itzik Galili, it is a loud, brash celebration of all things Brazilian. A huge battery of percussion is played by four musicians perched aloft at the back of the stage who kick up a sound-storm and are matched in movement terms by 28 hot-pant wearing dancers, each strutting their Latino stuff and shaking their Brazilian booty. The choreography is far from random, and dancers often move in intersecting lines highlighted by multi-coloured hanging spotlights. Galili makes time to create character within this maelstrom of noise and exuberance, so that a show-off boy (the snake-hipped Michael Altunaga) is jeered at but secretly admired by the other men, and a girl is gauchely courted by five street lads, desperate to show off their latest moves, yet danced off the stage by her when she decides to show them how to do it. It is bright and bold stuff and utterly irresistible, the audience swept along by the glorious street carnival atmosphere and the dancers’ evident enjoyment of the experience. An upbeat end to an impressive evening with Rambert.