Ravi Shankar
Sukanya – Opera in two parts to a libretto by Amit Chaudhuri based on a story from the Mahabharata [London premiere; sung in English, with English surtitles] 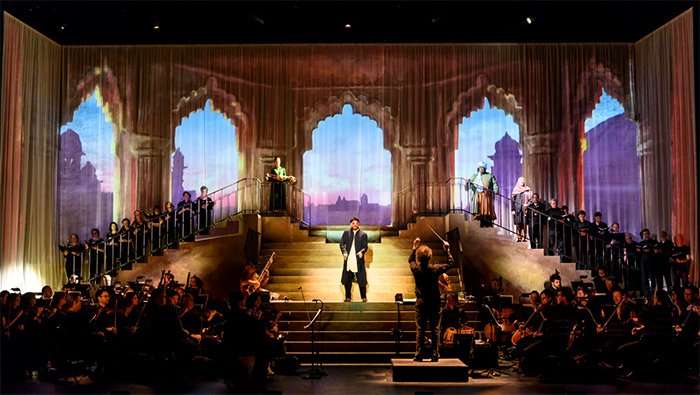 Ravi Shankar’s final project, the opera Sukanya, has been brought to venues in England, including Birmingham and Salford, with the assistance of his daughter Anoushka and his arranger David Murphy in a blaze of colour and energy, co-produced by The Royal Opera, London Philharmonic Orchestra and Leicester Curve, the latter hosting the world premiere.

Sukanya embodies a synthesis of South Asian and Western traditions, of ravishing musical moments and gorgeous spectacle, especially in the second part where dance sequences combine with sweeping orchestral arcs and driving rhythms from sitar and tabla. 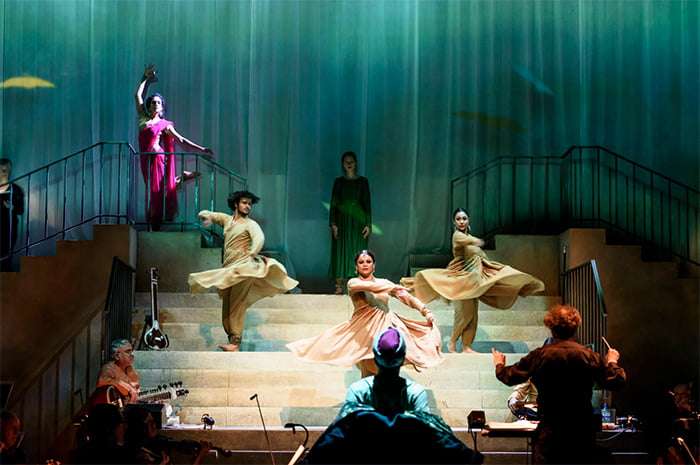 The vocal idiom does not sit quite so comfortably, and the libretto has some awkward, even ugly moments. Fortunately the success of the orchestral and dance elements balance out the impact of the work. Sukanya is an ancient Sanskrit text, the story having autobiographical significance for Shankar; his third wife is named Sukanya and the myth mirrors their relationship. An elderly seer, Chyavana, retreats from the world and is brought back to life by a young beautiful princess. Twin demigods try and lure her away and disguise themselves as Chyavana, whom Sukanya must identify by his soul.

Susanna Hurrell made a gracefully authentic Sukanya, the vocal line sustained impressively, often soaring above the orchestra’s rushing strings, sultry horn layers, birdlike flute and the use of an oboe-like shehnai, and the Aswini Twins, Njabulo Madlala and Michel de Souza, added humour and lightness of touch. David Murphy completed the opera together with Anoushka Shankar on the death of her father, alchemically transforming the improvisatory nature of Indian music into a notated Western equivalent. Dramatic incidents are highlighted by the use of Konnakol, vocal percussive writing, delivered with precision by the BBC Singers, and the joyful climax of the myth is conveyed with dancing of great complexity and euphoric effect.

Overall, Sukanya is a triumphant celebration of shared humanity, expressed in music and dance.