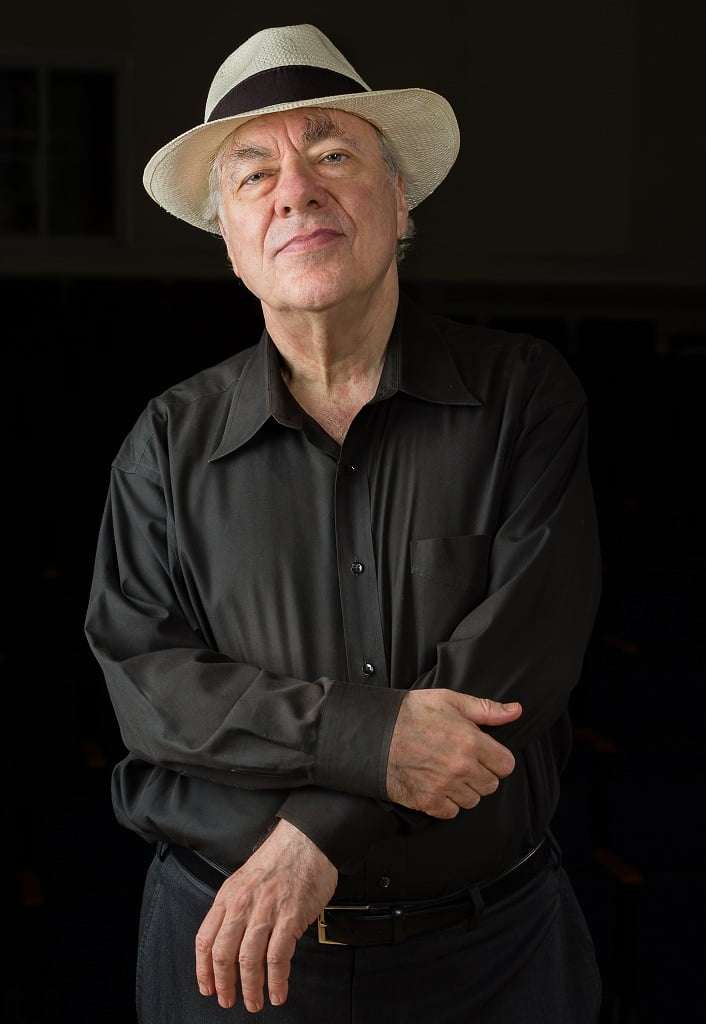 Richard Goode is one of the least flamboyant pianists. This great artist is rising seventy-five, but that hasn’t deterred him recently from taking on some substantial programmes, either those that re-examine established connections, or, as in this Wigmore Hall recital, suggest with his inimitable, lightly-worn breadth of experience how vastly differing styles fire each other up.

Here, in chronological order, we heard the sumptuous melancholy of William Byrd making Johann Sebastian Bach sound positively lean and modern, with the latter’s contrapuntal wizardry deferred to by Beethoven in the fugues that prove so transformational in one of his late Sonatas, then with Debussy, like Beethoven pushing tradition towards meltdown, reinventing the musical wheel – Richard Goode embraces all this with extraordinary insight and grace.

To look at him playing, Goode’s technique sets the bar high on economy and efficiency, elbows clinging close to his body, with very few big, reactive gestures; his evenness of touch is awe-inspiring, and his overview consummate. The only concession he allows himself is to have the music, with his wife turning pages – and his humming, mostly in the more charged slow music, doesn’t affect our involvement.

Two of Byrd’s Pavans (II & III) and their contrasting pair of Galliards from the Lady Nevell collection instantly alerted you to how his elaborate embellishments go way beyond mere decorative highlighting to become a song-like means of expression and structure that surpasses even Chopin, and Goode left us in no doubt about the eloquence of the English Renaissance’s predisposition to extravagant, indulgent lassitude leavened in the Galliards by episodes of dashing vitality, all deftly inflated by some dabs of sustaining pedal. Goode transferred some of this native opulence to the extended ‘Prelude’ of Bach’s final English Suite, which presses fantasy, disciplined counterpoint and dance into service in a movement that is virtually a suite within a suite. He limited any striving for Baroque effect to a repeat in the ‘Gavottes’ tinkling up an octave. His speeds in the ‘Allemande’ and ‘Gigue’ were bracing and lively, and he endowed the decorated Double of the ‘Sarabande’ with a lovely, non-period veiled quality, which only a modern piano can supply.

Goode’s Beethoven doesn’t overtly impose any mighty agenda, yet there were implications aplenty in Opus 110. Goode got behind the notes to expose the mystery of the Finale’s fugue first reverting to the opening arioso dolente then returning, on the back of those strange repeated G-major chords, to deliver with magnificent authority a transcendent conclusion.

Book II of Debussy’s Préludes went on to prove how completely Goode can get into a particular style and sound. His playing of these twelve pieces moved into areas of touch, pressure and fluidity that caught every nuance of these neatly characterised impressions. There were hints of definition and distorted perspective in a marvellously descriptive ‘Brouillards’ and a haunting, unpredictable absence of vitality in ‘Feuilles mortes’. He then evoked a slowing down of time in an unearthly count of ‘Le terrace aux audience du clair de lune’, moving on to an ebullient, affectionate ‘Hommage à S. Pickwick Esq.’, capping the set with stunning performances of ‘Les tierces alternées’ and an incendiary ‘Feux d’artifice’. Goode’s beautifully crafted encore, Chopin’s Barcarolle (Opus 60), reasserted his facility for getting into a composer’s voice.