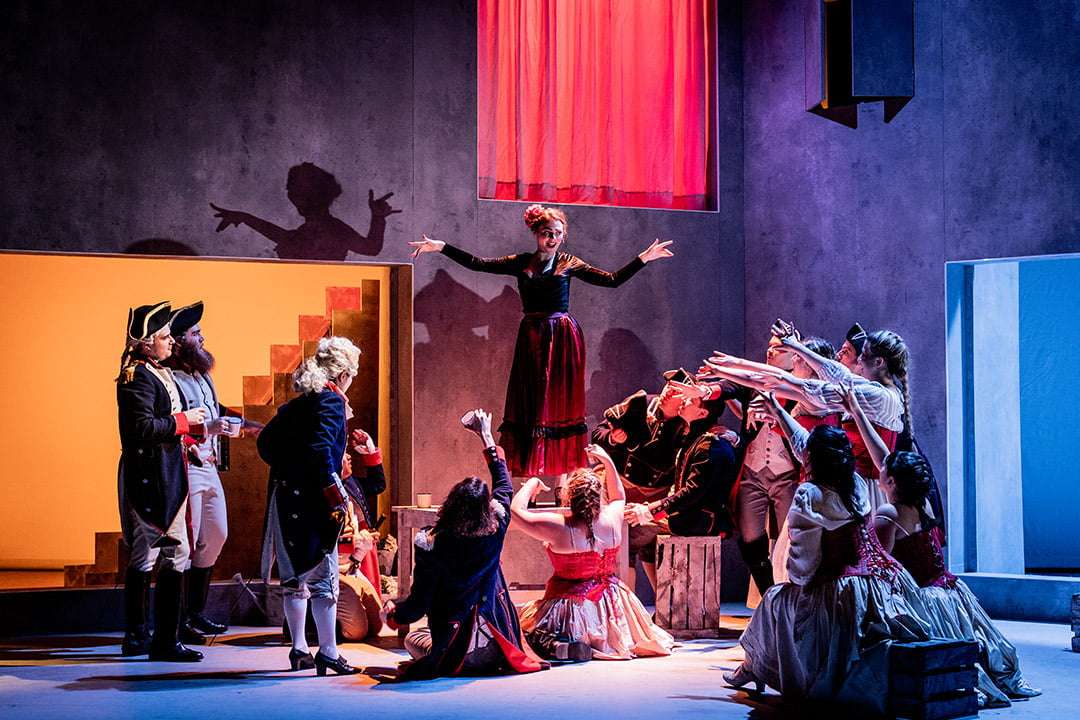 Much of Jules Massenet’s operatic output remains hidden from view in the UK and elsewhere, with only Werther, Manon and Thaïs enjoying regular outings. Chérubin hasn’t been seen on the London stage since 1997 when The Royal Opera staged a revival of its colourful 1994 staging by Tim Albery. To a degree this relative neglect is understandable, for whilst there is great charm in some of the music, and some great opportunities for a few of the principals, the action takes some while to get going, is full of rather stock operatic situations and characters, and doesn’t much advance on the familiar plots of Rossini’s Il barbiere di Siviglia and Mozart’s Le nozze di Figaro.

The Count and Countess are still jealous of one another. Chérubin, although a few years older, is still amorously chasing any woman who takes his fancy despite the mentorship of his tutor Le Philosophe. He throws a party to celebrate his 17th birthday party and invites a court dancer and favourite of the King, L’Ensolleidad, to his celebrations. To the surprise of many she agrees to attend. Chérubin becomes infatuated, courts and serenades her. The Countess and Baroness, staying in the same accommodation, both separately assume he is serenading them. When their husbands and escorts arrive Chérubin finds himself challenged to three separate duels. After writing his will he goes out to fight. He encounters the Count and Baron and admits to serenading L’Ensoleilldad. They drop their challenges. L’Ensoleilldad is summoned back to Madrid and when Chérubin implores her to stay she pretends not to know him. He is devastated. He then encounters Nina, the Duke’s ward, who has loved him and been faithful to him for years. She explains her resolve to enter a convent as she realises her love was futile. Chérubin suddenly gains some understanding of the difference between love and lust and the two are reconciled – though not before Le Philosophe indicates that Chérubin is a Don Giovanni in embryo and Nina his Donna Elvira. 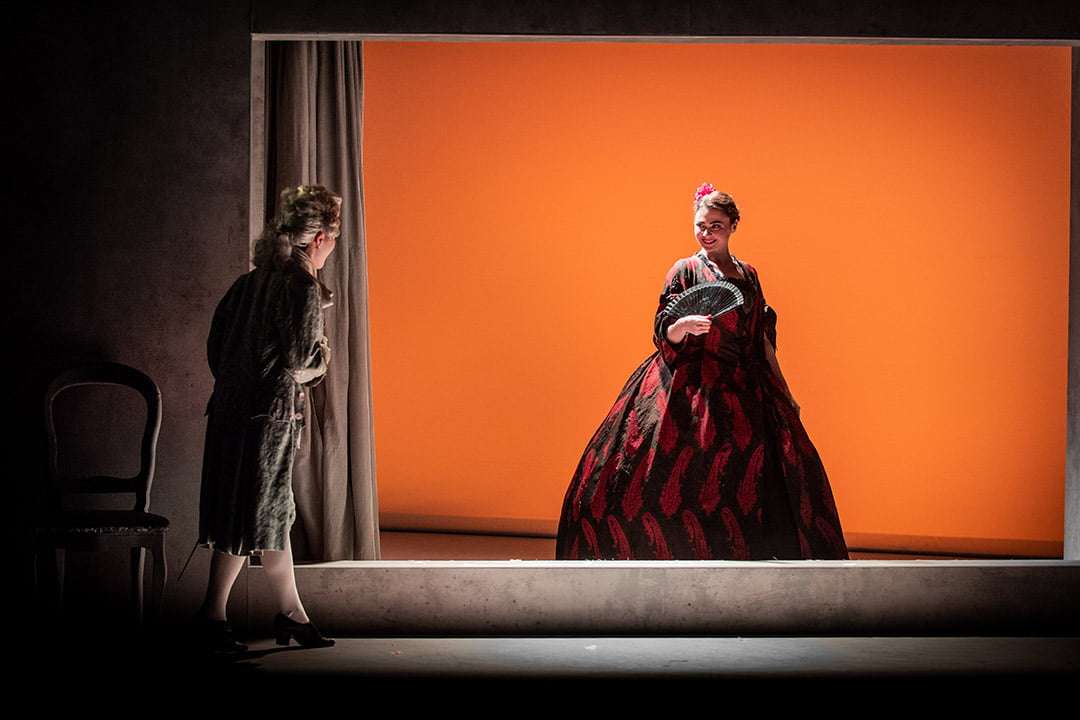 It’s a sentimental confection, and Massenet’s orchestrally colourful, full of Spanish flavour and some classical pastiche, is lively, easy to listen to but not especially memorable save until the last act. From a director it needs all the help it can get, and a cast able to surmount the rather two-dimensional aspects of their characters and to inject real heart into proceedings. In that sense James Hurley’s decision to present the action in a rather abstract way didn’t quite give the opportunities to his cast to relax fully into the rather limited acting spaces imposed by April Dalton’s designs – acoustically helpful and beautifully lit though they were. That said, the progression of the plot unfolded with clarity, with the more romantic moments more successful that the confrontational ones.

There was, as ever, the chance to hear some excellent young singers at the start of some promising careers – always an exciting prospect. In the title role Yuki Akimoto displayed rich, evenly produced and attractive tones throughout an extensive vocal range and did so with much flair. In the final act as Chérubin writes his will and confides in his tutor the inner emotion of the character emerged strongly. She moves with confidence. Hazel Neighbour’s L’Ensoleilldad also had the vocal allure and colour to really make something of this role – particularly in the upper-reaches of the role where she was bewitching and beguiling in equal measure. Clare Tunney’s modest Nina was full of pathos and charm – the rather earnest style of her acting in the final scene was most persuasive as she revealed the hurt done to her. As the genial, worldly-wise Philosophe Niall Anderson revealed a suave, mellow and secure sound and great phrasing; he has good stage presence but somehow doesn’t look as relaxed as he might. The older, less than happily married couples made their mark as did Andrew Johnstone’s sonorous L’Aubergiste.

In the pit Anthony Legge conducted a thrusting and energetic account of the score, ever-friendly to his singers, and really allowing particular instruments and sonorities to register when their moments arrived – notably percussion, harps, cello, clarinet and oboes. The overture and the final entr’acte were especially memorable. Not a top-notch work perhaps, but this brave choice provides a great opportunity to catch it on a stage once (or again).