Stravinsky
The Rite of Spring

The Orchestra of The Royal Opera House
Barry Wordsworth 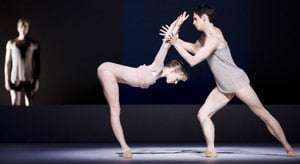 This is an oddly balanced Triple Bill from The Royal Ballet. The skill of programming is a tricky one, and while Monica Mason sometimes gets it right, she is no Peter Wright. When he was Director of Sadler’s Wells (now Birmingham) Royal Ballet, Wright almost always created evenings in which the three works complemented each other, and the audience experienced ballets which were very different from each other, but which in some way benefited from being placed alongside the others. This bill is bottom-heavy, with the dark, intense Different Drummer being followed by the dark, intense The Rite of Spring. The fact that they are both by Kenneth MacMillan and both non-pointe shoe works also works against their juxtaposition. 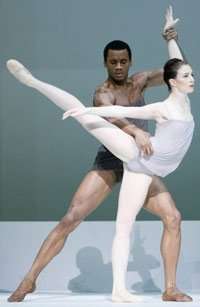 The bill opens with Wayne McGregor’s 2006 hit Chroma. McGregor, who on the strength of this work was offered the post of the company’s Resident Choreographer, certainly blew the cobwebs away with this piece, a modern and feisty work brimming with choreographic ideas and intellectual concepts. He gets off to a pretty good start with Joby Talbot’s score, an arrangement of music by the White Stripes, and played with gusto (as with all three ballets) by the ROH Orchestra under Barry Wordsworth. It is musically interesting and sufficiently tuneful and rhythmical not to frighten the patrons sitting in the Stalls.

The ballet is danced superlatively by its original cast (the only newcomer being Mara Galeazzi who replaces Alina Cojocaru), and McGregor here chooses dancers who vary dramatically in look and style – they are all dressed alike in pale tabard-like shifts, so the differences come from skin tone, height and look: the alabaster skinned and red-headed Edward Watson stands alongside Eric Underwood, the colour of espresso coffee, but it is also their musculature which makes the contrast; the blonde, bird-like Sarah Lamb with the mediterranean Tamara Rojo. In classical ballet, the individual differences between dancers are minimised by make-up and costuming and the imposition of uniformity of style; here McGregor highlights and indeed relishes their individuality. 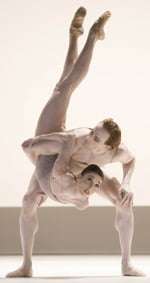 He is interested in another sort of movement too, not ballet positions and perfect placement, but rather the space around the body and its limbs – again and again the head or the arms explore not only the space they occupy, but all that around them in sways and jerks and bends and flicks. It is to ballet what the anatomist’s drawing of a flayed body is to a human being: a laying bare, an examination. In the ‘Pas de deux’ McGregor doesn’t seek to make beautiful shapes, i.e. bodies placed in the space around them, but rather shapes that form space, bodies setting the form of the space that lies between them. If this all sounds a little too dry, it isn’t, and Chroma remains a joyous work, full of wit and humour as well as the dazzling ability of some of the finest dancers in the world; it would be invidious to pick out individuals – McGregor has done his work well, and they are all superlative. 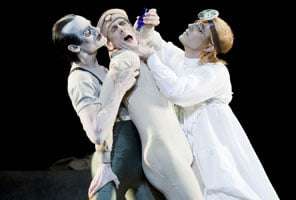 I wish I could say the same about Different Drummer (using as music Webern’s Passacaglia and Schoenberg’s Verklärte Nacht), Kenneth MacMillan’s expressionistic 1984 take on Büchner’s “Woyzeck”. It can work, notably with the original cast with Wayne Eagling in the title role, with Irek Mukhamedov in revival and now with the astonishing Edward Watson, who heads the other cast in this present outing.

At the performance I attended Ivan Putrov took on the part and failed in the process. He is a slim dancer with boyish looks, a beautiful classical technique – which he fails to mask in this piece which requires a certain earth-bound quality – and a limited dramatic palette, all of which mean that he never gets into his character. His emoting remains just that and that we can never forget that he is a classical dancer playing at being the down-trodden soldier who murders his wife. I suspect he was given the role after his success in Pierrot Lunaire in seasons past but the two roles are as different as can be, and the one could never indicate an ability to take on the other.

That he should have Roberta Marquez as Marie (in Alessandra Ferri’s role) did not help matters. She is a small, pretty dancer, but little else, and nothing in her roles so far at Covent Garden have shown a propensity for dramatic dance. She is technically competent as Woyzeck’s wife, but dances it all with an air of utter blandness. With the two main roles so poorly executed the ballet dies a painful death, despite a chunkily virile Drum Major from Martin Harvey who blazes across the stage in his testosterone pumped seduction of Marie, and telling cameos from David Pickering as the Captain and José Martín as the Doctor. It also exposes the serious flaws in this work, and we ask ourselves why there is a Christ figure who pops up at various intervals, why exactly does Woyzeck throw a severed head off the stage at one point, and is it not ridiculous to see ballet dancers in gas masks. To be avoided with this cast – Edward Watson and Leanne Benjamin, true dramatic dancers both, head the alternative roster, and triumph in it. 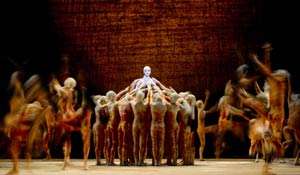 Thankfully, MacMillan’s outstanding 1962 version on Stravinsky’s infamous score closes the evening. The Rite of Spring is a massive work, with over forty dancers in Sidney Nolan’s superlative aboriginal designs. MacMillan eschews all classical ballet movement but prefers a vocabulary of dance opposites – splayed hands, stomping feet, thrust out buttocks, un-turned-out legs and feet. What he created is a masterpiece, here delivered by the company with conviction and the requisite violence. Monica Mason, the company’s Director, was the first Chosen Maiden in 1962, and here has passed on her role to Mara Galeazzi, a dancer of fine dramatic ability. She portrays the victim with clarity, forced to dance to her death by a grateful but implacable tribe, briefly idolised by them but whose death alone can satisfy their wants. This is work of the highest quality, able to compete with and indeed make flesh Stravinsky’s overwhelming soundscape. Outstanding.