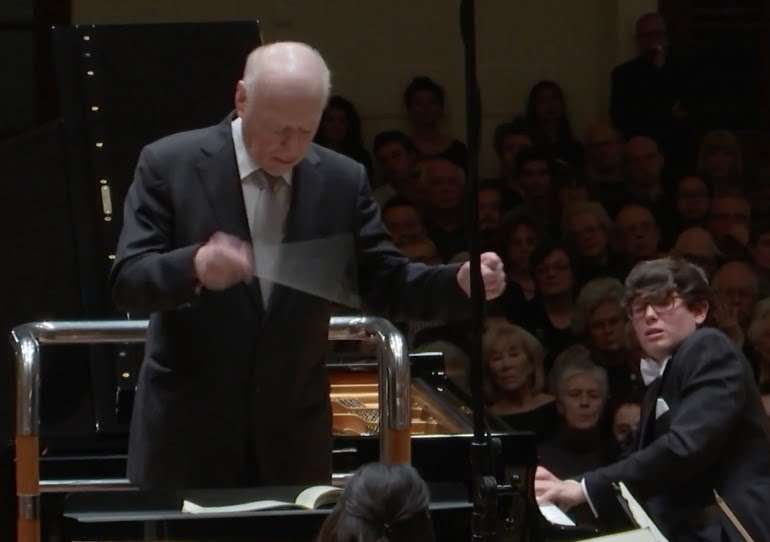 These Royal College of Music concerts steered by top-name conductors have set a very high standard in the student-orchestra market, with results leaving reviewers at a loss for superlatives – memories of Bruckner’s Eighth, Mahler’s Seventh and Daphnis et Chloé still linger, these three, as it happens, conducted by Bernard Haitink, who masterminded this Mozart and Strauss programme showing both composers at their most expansive and, in the case of the Mozart, most sombre. Even so, the tempo Haitink set for the opening of K491 (the second of the two minor-key Piano Concertos) allowed plenty of room for eloquent and majestic gravitas in a performance fully prepared for romantic bark and bite.

I had not heard Martin James Bartlett live before, but was very taken with broadcasts of a refined rather than visceral Rhapsody in Blue and a persuasively non-bombastic Prokofiev Sonata. On the evidence of his K491, this twenty-one-year-old pianist – BBC Young Musician of the Year in 2014, a Van Cliburn finalist last year – is a Mozart natural, possessed of a thoroughly grounded craft that reminds of the young Perahia and which makes Mozart seem so easy. He shapes phrases with unfussy directness, gives the passagework a wonderful glow and muscularity, is scrupulously easy on the pedal and is up for any amount of banter with the orchestra, in the process encouraging some equally idiomatic playing from the RCM’s accomplished woodwinds. The thing that impressed me most, however, was Bartlett’s command of Mozart’s mercurial changes of tack in this complex work – the shadows of anxiety in the Larghetto were elegantly fielded between soloist and orchestra, and he juggled the frowning-face/smiley-face repartee in the Finale with a wisdom and wit beyond his years, the whole enhanced by Haitink’s deliberate pace, which only expanded this great Concerto’s possibilities. The large-ish orchestra (four double basses) was hardly a lean classical machine but managed a flexible, pro-active ensemble. 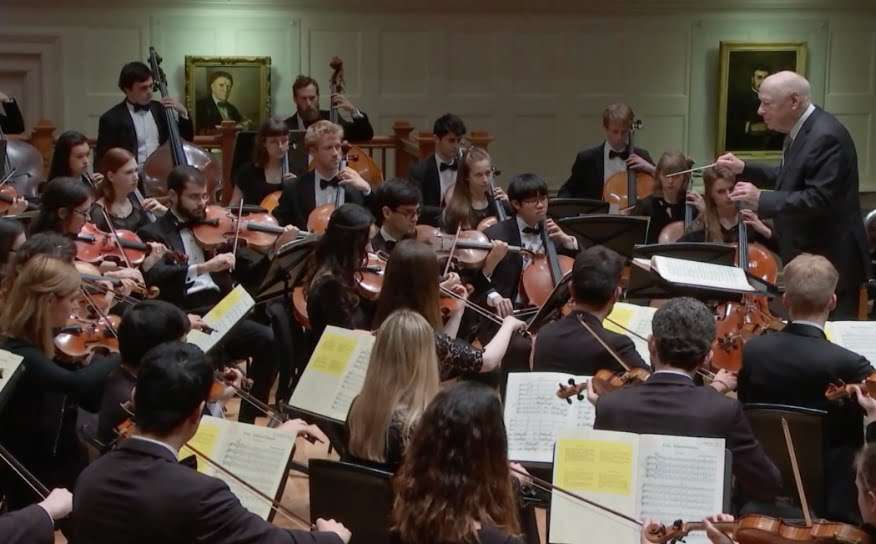 The orchestra almost doubled for Richard Strauss’s mighty Alpine Symphony, replete with all the grandiloquent paraphernalia of off-stage horns, cowbells, thunder sheet, wind-machine and, I think, the first public outing of the RCM’s new concert organ, a handsome three-manual Flentrop, which added even more breadth to Strauss’s irresistible conflation of Nietzschean aspiration and Nature at her most majestic. Without any sign of straining for effect, Haitink and the RCM players delivered the goods stupendously. The strings, efficient and a bit anonymous in the Mozart, radiated sweep and warmth; the brass was formidable; and I was overwhelmed by the personality of the woodwinds, with the oboe solo ‘On the summit’ defining the grandeur of Strauss’s scheme. This was late-romantic show-time on an epic scale, on the back of some staggeringly responsive playing. Haitink’s traversal (just under fifty minutes) of the work’s twenty-two scenes left enough space for huge natural and spiritual perspectives, the theme of the mountain itself hovered over everything with bleak neutrality, and all the impressions of waterfall, sunrise and sunset jumped of the page – the contrast between decisiveness and panicky, contrapuntal tail-chasing in ‘Through thicket and undergrowth on the wrong path’ was performed with consummate wit. When played with as much panache and confidence as here, guided by Haitink with a minimalism that makes Sir Adrian Boult seem like a whirling dervish, the Alpine Symphony is a force of nature. Resistance is futile.