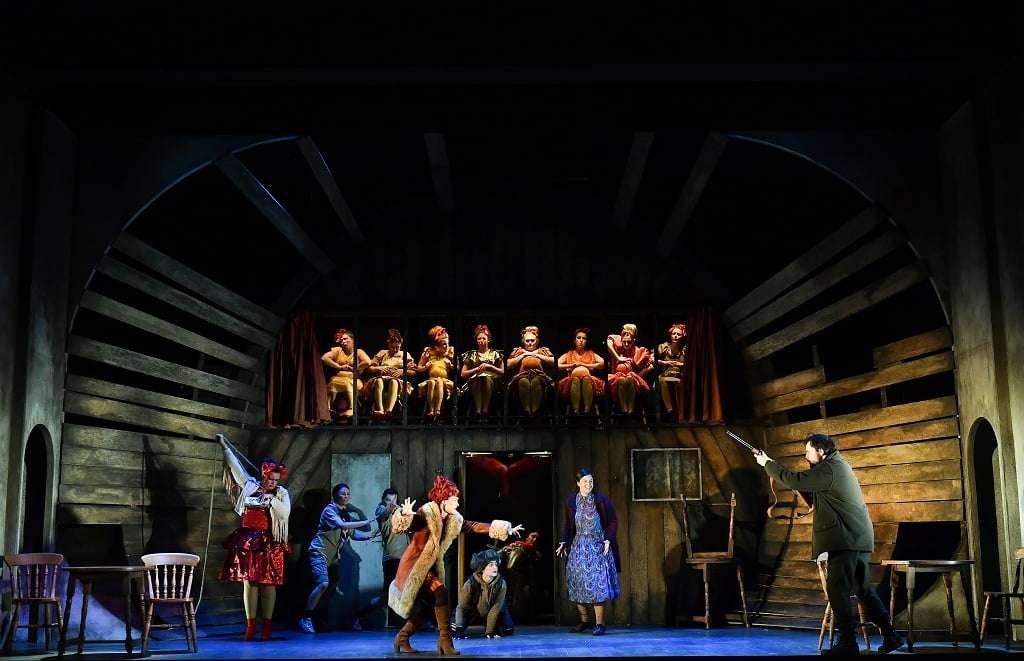 A flame-haired temptress sashays into a down-at-heel bar in a dead-end Moravian village. The men are transfixed; their wives hustle them out. Only the Forester lingers to receive the full come-on from Terynka, but for the family-man she is strictly fantasy material. That’s how Daniel Slater’s staging of Janáček’s The Cunning Little Vixen lays out its stall, immediately assigning a role that is referred to only a few times a crucial significance. Terynka and the Vixen become one, a feral like-force, seizing opportunities rather than missing them, like the sad, unfulfilled Schoolmaster and Priest.

It is not the first time an opera director has promoted an entirely peripheral, silent and/or unseen character to sharpen their particular focus, and the Terynka/Vixen double-act does very well as a target for male desire and equally powerful frustrations. 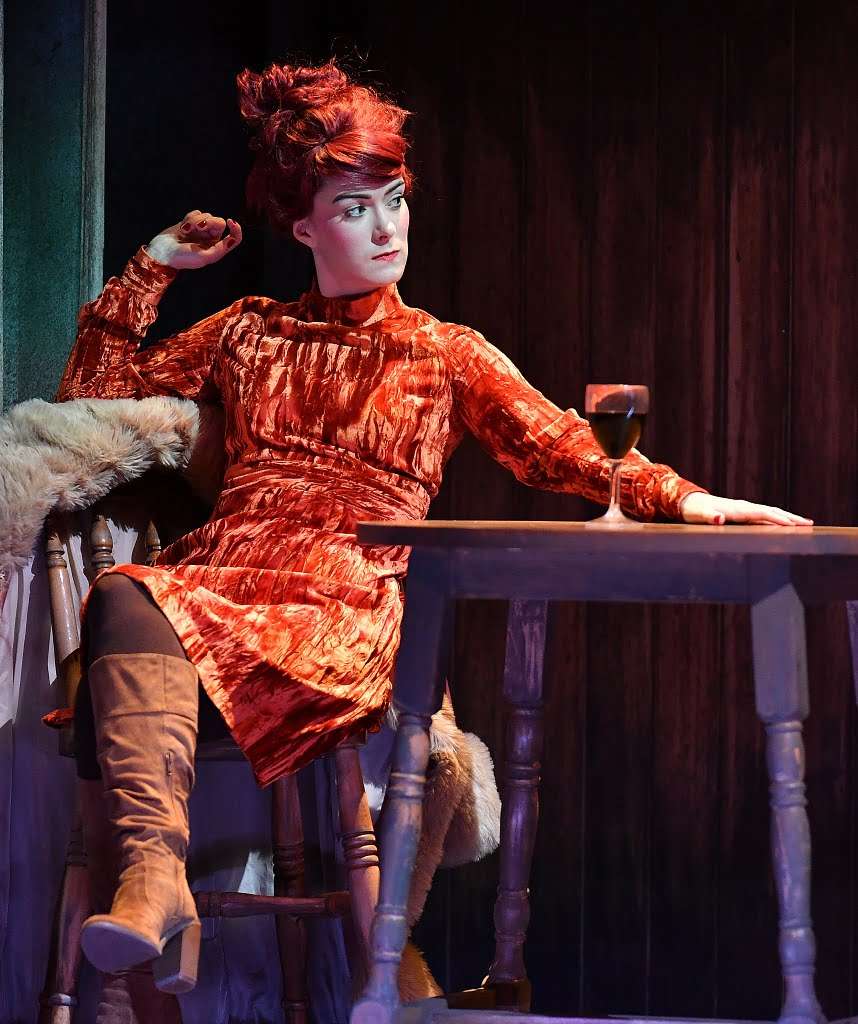 This Royal College of Music staging is a poor relation of the Cunning Little Vixen that Slater originally made for the 2014 Garsington Festival, and it is quite basic – imaginatively resourced animal and human costumes via the dressing-up box and television’s The League of Gentlemen and what looks like the inside of a giant barrel or an unfinished Hobbit-house for the main set. There is no nature, just bar table and chairs, and, apart from Winter, scant reference to the passing of the seasons. Slater’s main point is to show how animals mirror the human condition without getting screwed up by it, so the Vixen’s dream-sequence ballet of her as a girl becomes the Forester’s erotic fantasies about him and a foxy lady. It is all a far remove from its Czech newspaper cartoon origins (imagine an opera celebrating Rupert Bear), resolutely non-anthropomorphic and, in the end, sad, because we know something the animals don’t: we’re all going to die. Still, there is enough humour to nag away at Slater’s subtext – the Vixen’s unmanning of the preposterous rocker Cock neatly declared Vixen Power, and the courtship between her and her Fox is very sweetly done, as is their shot-gun wedding.

The opera is sung in English, minus surtitles and, even in the Britten Theatre’s dry acoustic, with poor enunciation from the predominantly female cast. Michael Rosewell keeps the pace going through the sequence of short scenes, and the RCM’s Opera Orchestra steers a neat course between Janáček astringency and an attractive, full sound. With words at a premium, the big orchestral passages were suitably transcendent. Harriet Eyley is a triumph as the Vixen, captivating vocally and dramatically and conveying a lovely innocence and ferocity, and she has a lovely, sly and swaggering Fox in Ida Ranzlöv. I hope that Kieran Rayner’s career continues to develop. He’s on commanding form as the Forester, and his baritone becomes more attractive every time I hear it. He easily gives the closing scene, his paean to nature, that sudden, transformational blast. 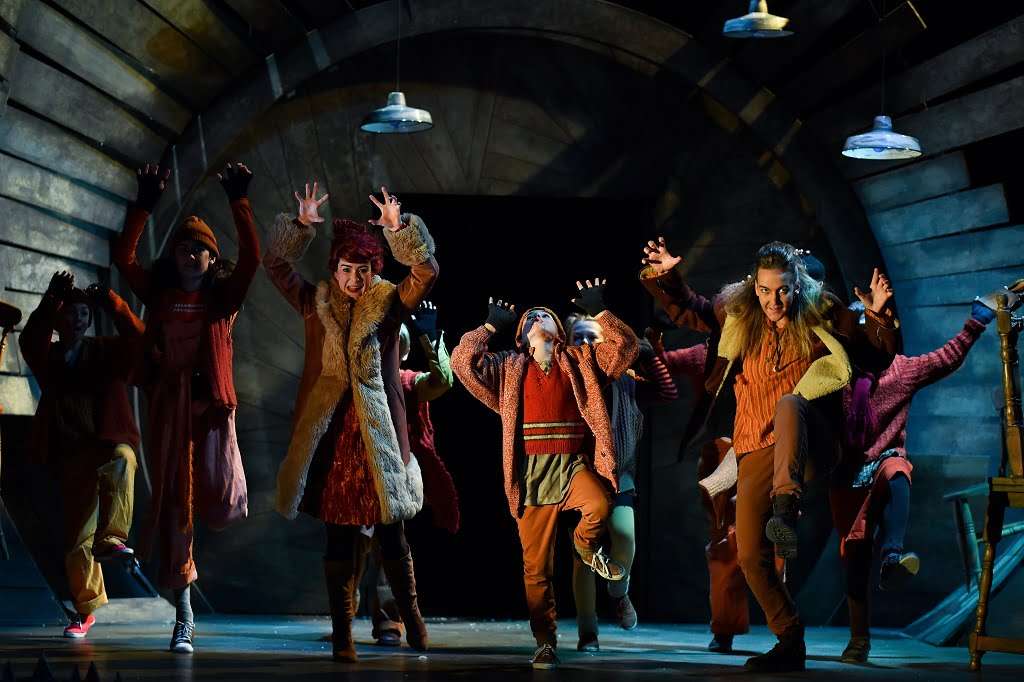 There are some excellent smaller roles, from Richard Pinkstone as an heroically sad Schoolmaster and from Timothy Edlin’s fusty, unsettled Priest. Christian Adolph’s take on the poacher Harasta (who sweeps Terynka away from under everyone’s noses to marry her) briefly and brilliantly dominates. Catriona Hewitson takes on the soon-to-be emasculated Cock with glee and Beth Moxon does a good comic number with the disgustingly randy dog Lapak. The dancers Azzurra Caccetta and Francesco Mangiacasale wrapped themselves round each other, expressing otherwise unrealised dreams, and the RCM fields an impressive crew of fox-cubs and many other forest creatures.