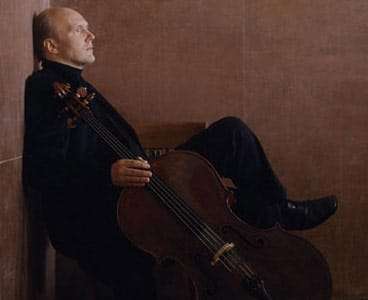 “Paths to Revelation” is the title chosen for the Royal Concertgebouw Orchestra’s residency at the Barbican Centre with Mariss Jansons, each of the three concerts exploring a Bruckner Symphony in the company of a Classical Concerto.

Haydn and Bruckner complement each other very well. Truls Mørk was a discerning soloist in the former’s C major Cello Concerto. Both of Haydn’s concertos for the instrument were of doubtful authenticity until verified in the middle of the last century, and that extra stamp of authority made for valuable additions to the cello repertoire. In this rendition, Mørk and Jansons opted for a stripped-back orchestra of just twenty-five players, the textures relatively lean and going some way to a ‘period’ performance. This was a shame in the tutti sections, this being one of Haydn’s works that responds well to a fuller body of sound, not least the grandness of the first movement theme.

This reading did however capture the music’s sunny disposition, cellist and conductor enjoying the happy exchanges. With each phrase Mørk thoughtfully probed and cajoled, often leaning towards the RCO’s concertmaster to enhance the dialogue with the orchestra. A more outgoing approach to the first movement would have conjured a bigger smile, but the Adagio was nicely and thoughtfully played, effectively an aria. The finale burst forth with irrepressible energy, Haydn’s rapid ascents despatched with glee. Mørk checked this with a solemn encore, the ‘Sarabande’ from J. S. Bach’s D minor Cello Suite (BWV1008).

After the interval, with the RCO on top form, Jansons produced a deeply considerate conception of Bruckner’s Seventh Symphony. Tempos were generally on the swift side in the first movement, enough for the long arch of the first theme to lose a little of its grandeur if not poise. Yet there was a concentrated inevitability to the music’s progression, not to mention some wonderful playing, from the wind and brass in particular, the strings providing an incredibly sure footing. There was also a very sensitive use of silence; Jansons on occasion using Bruckner’s written rests to allow the sound to die away, as though performing in a much more reverberant venue.

Detail was Jansons’s watchword, and we were treated to microscopic examinations of textures in the faster music, which revealed the intricacies of Bruckner’s counterpoint, particularly in the scherzo, which travelled with rapid tread apart from a rather too-obvious slowing of tempo towards the end of the trio. The great Adagio had been notable for the simply wonderful sound, with Wagner tubas and horns beyond reproach, the strings thickly spread but not at all cloying. With the edition of the Symphony frustratingly not stated in the programme, Jansons used cymbals and triangle for the climax of this movement, a tactic that divides Bruckner scholars, but which was effective here. So, Nowak’s publication very likely, but some conductors sanction percussion even if using Haas’s editing.

The best elements of this performance came together in the finale, which adopted a driving urgency for the first theme and a broader legato for the second, its chorale unfolding lightly over dancing pizzicato strings. At all times these elements and events were pointed towards the exultant coda, which headed for home with impressive surety.