Schnittke
Sonata No.1 for Violin and Chamber Orchestra
Mozart
Violin Concerto in A, K219
Beethoven
Symphony No.7 in A, Op.92 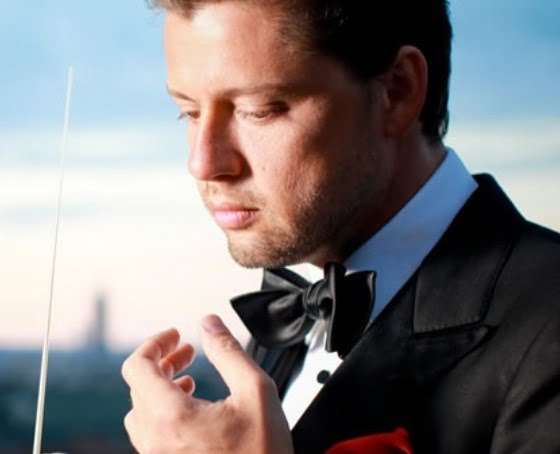 The orchestral jewel of the north-east came south to show off its new principal guest conductor Julian Rachlin, the Lithuanian violinist who has recently added conducting to his bow. The appointment means that the Royal Northern Sinfonia will have a violinist-conductor to hand when the pianist Lars Vogt takes up his music directorship of the RNS in September 2015, replacing another violinist Thomas Zehetmair, who had been in post for the past 12 years.

Player-conductors are hardly unique, especially with chamber orchestras, a point Rachlin disarmingly raised in his prime-time interview on the Today programme on BBC Radio 4, but in Alfred Schnittke’s Sonata No.1, there was minimal interaction between soloist and ensemble. The Sonata (1963), which unravels eloquently from its serialist opening, was originally for violin and piano, then recast in 1968 with strings and harpsichord, concerto grosso-style. Both Rachlin and the RSN strings, both playing with hardly any vibrato, quarried the work’s bleakness, its mordant wit and gave the slow movement, and the quiet rapture of its chorale, with singular imagination and expression, further enhanced by Andrew Passmore’s playing of the important and brilliantly written harpsichord part. Enhanced by Milton Court Concert Hall’s warm acoustic, the variety of timbre, from lush resonance to pale withdrawal was mesmerising, and Rachlin’s introspective playing gave the solo role a weight and personality that enlarged and transformed the Sonata’s original form.

While Mozart’s A major Violin Concerto has more interaction between soloist and ensemble than the previous four, I did wonder about the efficacy of Rachlin’s conducting-repertoire of usually fierce looks and emphatic gestures, and a certain lack of spontaneity to his intervention suggested that much had been worked out in rehearsal. Paradoxically, though, as soloist he was marvellously free and meshed with the RNS’s signature freshness. The full-blooded sweetness of Rachlin’s tone recalled Grumiaux, and Rachlin was completely at home with the Concerto’s generally sunny disposition. The elegant orchestral sound supported Rachlin’s meditative transparency in the slow movement – which him plenty of opportunity to show off his old-fashioned violinist glamour – and the ‘Turkish’ finale had bags of brio and style.

The size of orchestra was just right for the Mozart, but even with the full team of woodwinds, horns and trumpets, it led to some strain in Beethoven 7. You’d think that lighter instrumental forces would bring clarity and immediacy, but the balance between strings and wind was such that the fine playing of the latter was unduly prominent, the big fortissimos often derived most of their volume from the timpani, and the passages between high and low strings (based on just two double basses) in the finale gave the former unfair advantage. I was completely won over, though, by Rachlin’s energised, rhythmic conducting, which imbued this most irrepressible of Symphonies with an ear-catching sense of cohesion. The joke ending of the scherzo came up as fresh as paint, Rachlin kept up the pressure in the Allegretto’s variations to telling effect and the fast spin of the finale didn’t drop a stitch in terms of focus.One query. Why does the Royal Northern Sinfonia’s logo have the ‘N’ of Northern falling forwards to suggest a ‘Z’? There is nothing zzz-like about the playing.