No two symphonies by Sibelius are alike and yet they are unmistakably from the pen of the same composer. The composer Robert Simpson wrote: “Deeply contemplative, of closely consistent mind, he creates a music that, while it is highly circumscribed and based on a handful of characteristic ingredients, is able to suggest worlds.”

Such perceptive words are particularly relevant to Sibelius’s Sixth Symphony whose profile is shrouded with a polyphony that produces reflection by the composer and demands it from the listener.

Approaching his 60th-birthday in 1923, Sibelius seems to have remembered his student years of studying the English Reformation and Italian Renaissance masters under the benign guidance of his teacher (and author of a book on European music history) Martin Wegelius. The Sixth Symphony is as personal to the composer’s character as is the earlier Fourth. In 1911, the year of the Fourth, Sibelius wrote that this austere work was a “physiological” symphony. He could easily have used the same description for all his seven symphonies. And yet the Sixth still appears to lead the unwary listener or commentator to false premises.

Nowhere is this more apparent than having the opening broad, outstretched string threnody described as “pastoral” and, indeed, the whole work as being thought rather serene and joyful. Sibelius wrote about this work, “shadows lengthen” and close examination of the symphony displays unease throughout. It is the skill of the performers to unite the various strands, all of significant consequence, into a satisfying whole; the quiet opening with the restlessness that follows only to reach a final conclusion that summarises all before and ends in the manner of our eyes opening at dawn after a fitful sleep.

The Sixth Symphony is deeply personal and often keeps casual listeners at arms’ length. But to the responsive ear the qualities of this work are manifest. The soundworld, just as in the Fourth Symphony, is entirely consistent throughout. The compositional processes arise from a need for unity of tone and purpose ingrained into the composer’s mind since his 1907 conversation with Gustav Mahler during which Sibelius said what he admired about ‘the symphony’ was “its style and severity of form, and the profound logic that creates an inner connection between all the motives.”

I have never met a knowledgeable musician who is not impressed with the Sixth Symphony. It is the one Sibelius symphony cited with admiration by Michael Tippett in a conversation I had after the premiere of the latter’s Fourth in Amsterdam. Sometimes it takes a little time for the penny to drop. The distinguished composer, Alexander Goehr, related to me just last year how he had recently listened to Sibelius’s symphony cycle on BBC Radio 3 and declared it was the first time he had heard the Sixth. I am not sure whether he meant this literally of metaphorically. If the former such an admission is astonishing for a former Head of Music at Cambridge University now in his mid-70s. Anyway, he was bowled over by the performance and it helped change his long-held antipathetic view towards Sibelius to one of complete admiration. Such former disinterest in Sibelius was formed, he said, by his father, the conductor Walter Goehr, who held the view that Sibelius was a good composer of light music!

Sibelius’s Sixth Symphony is not a repertory piece in this. Fortunately Garry Walker cherishes the work and this was his first time he was conducting it. Apparently of the Royal Philharmonic Orchestra’s strings for this evening only one player had ever performed the work – and that was 30 years ago with the City of Birmingham Symphony Orchestra! It is a simple truth that, whatever the reasons, Sibelius’s Fourth and Sixth symphonies receive scant regard by orchestras. Yet they enshrine some of the most interesting facets of symphonic thinking, which, according to the composer Julian Anderson, has had a profound effect on almost-all contemporary composers!

Walker’s view of Sibelius 6 was certainly different to that of the great founder of the RPO, Sir Thomas Beecham whose brisk approach is preserved and not to everyone’s approval. On this occasion the music evolved with an unhurried pulse allowing a natural forward flow to develop with no need for any out-of-character gear changes. The whole work cast a spell of elegiac sadness. Perhaps more could have been made of the disquieting extremes that occur, often out of nowhere. Certainly with greater familiarity by conductor and orchestra, more could have been made of pianissimos. These traits are often what mark a Sibelius performance from the good to the sublime. But this was a performance to build upon; as Sibelius 6 is so close to his heart, hopefully Walker will be able to conduct it again.

Earlier in the concert, lighter fare predominated – the high-jinks of Benjamin Britten’s arrangements of Rossini in Soirées Musicales, the RPO relishing opportunities for extrovert display of the best taste. Ravel’s short Pavane was too loud, woodwinds dominating the sonority even with a generous complement of strings. The solo horn had little chance of setting the scene for Ravel’s exquisite refinement. 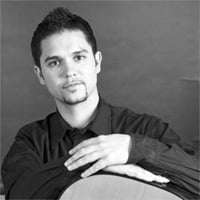 Matters improved in Rodrigo’s Guitar Concerto, as the scoring is lighter and more translucent, not to say crude in places. Morgan Szymanski was a little too self-effacing in the first movement but came out of his shell in the famous central movement to produce a warm and heartfelt sound, supported by excellent technique. For many in the capacity audience Rodrigo would have been the magnet for the concert. But everyone stayed for Sibelius and it was well received. The musicians hopefully thought it worth their while to tackle such an elliptical work as Sibelius 6 and let’s hope the RPO now keeps this most magical work in its repertoire.