Skip to content
LnRiLWNvbnRhaW5lcltkYXRhLXRvb2xzZXQtYmxvY2tzLWNvbnRhaW5lcj0iNmIzNDMzNmNmZTc3NWZiNGJlMTVjMmIwMzU3NWM1MjYiXSB7IHBhZGRpbmc6IDI1cHg7Ym94LXNoYWRvdzogNXB4IDVweCAxMHB4IDAgcmdiYSggMCwgMCwgMCwgMC41ICk7Ym9yZGVyOiAycHggZG90dGVkIHJnYmEoIDEwOSwgMTA4LCAxMDgsIDEgKTsgfSAudGItZmllbGRbZGF0YS10b29sc2V0LWJsb2Nrcy1maWVsZD0iODM3Y2ExZjc0MGRjZDdkOTdlMzQzOWMyYjIwMWZmZTMiXSB7IGJhY2tncm91bmQtY29sb3I6IHJnYmEoIDIzOCwgMjM4LCAyMzgsIDEgKTtwYWRkaW5nLXRvcDogMTBweDtwYWRkaW5nLWJvdHRvbTogMTBweDtwYWRkaW5nLWxlZnQ6IDEwcHg7IH0g
LnRiLWNvbnRhaW5lcltkYXRhLXRvb2xzZXQtYmxvY2tzLWNvbnRhaW5lcj0iNmIzNDMzNmNmZTc3NWZiNGJlMTVjMmIwMzU3NWM1MjYiXSB7IHBhZGRpbmc6IDI1cHg7Ym94LXNoYWRvdzogNXB4IDVweCAxMHB4IDAgcmdiYSggMCwgMCwgMCwgMC41ICk7Ym9yZGVyOiAycHggZG90dGVkIHJnYmEoIDEwOSwgMTA4LCAxMDgsIDEgKTsgfSAudGItZmllbGRbZGF0YS10b29sc2V0LWJsb2Nrcy1maWVsZD0iODM3Y2ExZjc0MGRjZDdkOTdlMzQzOWMyYjIwMWZmZTMiXSB7IGJhY2tncm91bmQtY29sb3I6IHJnYmEoIDIzOCwgMjM4LCAyMzgsIDEgKTtwYWRkaW5nLXRvcDogMTBweDtwYWRkaW5nLWJvdHRvbTogMTBweDtwYWRkaW5nLWxlZnQ6IDEwcHg7IH0g
Roslavets
In the Hours of the New Moon
Ravel
Piano Concerto in G
Shostakovich
Symphony No.5 in D minor, Op.47
LnRiLWNvbnRhaW5lcltkYXRhLXRvb2xzZXQtYmxvY2tzLWNvbnRhaW5lcj0iNmIzNDMzNmNmZTc3NWZiNGJlMTVjMmIwMzU3NWM1MjYiXSB7IHBhZGRpbmc6IDI1cHg7Ym94LXNoYWRvdzogNXB4IDVweCAxMHB4IDAgcmdiYSggMCwgMCwgMCwgMC41ICk7Ym9yZGVyOiAycHggZG90dGVkIHJnYmEoIDEwOSwgMTA4LCAxMDgsIDEgKTsgfSAudGItZmllbGRbZGF0YS10b29sc2V0LWJsb2Nrcy1maWVsZD0iODM3Y2ExZjc0MGRjZDdkOTdlMzQzOWMyYjIwMWZmZTMiXSB7IGJhY2tncm91bmQtY29sb3I6IHJnYmEoIDIzOCwgMjM4LCAyMzgsIDEgKTtwYWRkaW5nLXRvcDogMTBweDtwYWRkaW5nLWJvdHRvbTogMTBweDtwYWRkaW5nLWxlZnQ6IDEwcHg7IH0g 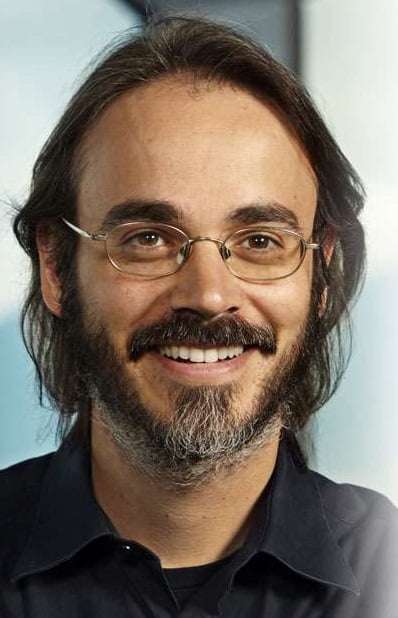 Ilan Volkov and the Royal Philharmonic Orchestra here gave an account of Shostakovich’s Fifth Symphony that was refreshing for its directness and lack of affectation. The first movement was forward-moving and cohesive, its interior elements beautifully delineated. The gutsy symphonic argument was projected with unusual clarity, and when a mood of serenity takes over towards the close there was some remarkably fine playing from horn and woodwinds.

The Allegretto was taken at a steady gait, but had just the requisite amount of wit, not least from Clio Gould’s violin. Amid the wide spectrum of volume, from the quietest strings, through ideally humorous pizzicatos, to resounding brass passages, Volkov controlled balances with a sure hand and his intentions were well realised. The Largo was distinguished by a degree of melancholic beauty that owed much to the unusually singing line that the conductor drew from the RPO musicians, who delivered the goods. String appearances were beautifully interwoven and there were some notably rich violas prior to the violins’ tremolando – with ominous percussion – during which there were memorable woodwind contributions. The movement’s sad conclusion had the same directness of utterance.

There was a palpable sense of joyousness to the opening of the Finale – no obvious sign of coded messages at this stage. But at the centre of the movement lay a bleaker scenario, as violins wended their meandering way against menacing commentary from lower strings; after which timpani and horns heralded the Symphony’s grandiose if robotic conclusion. In the ultimate bars, however – perfectly judged and with thunderous timpani blows – an enigmatic dark ‘other’ seemed barely concealed below the surface. This account, of a work that is over-performed, showed that in the right hands it can still pack a strong punch. 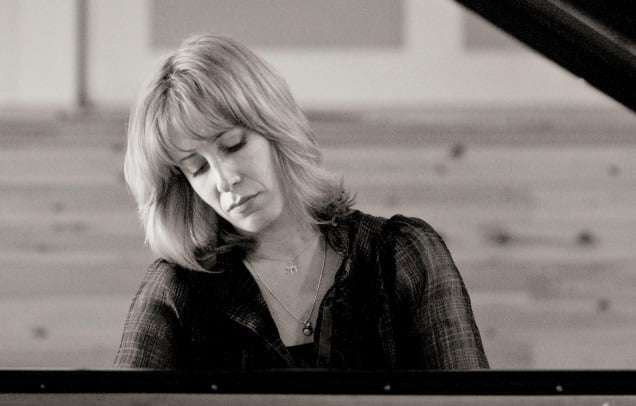 The concert had begun with In the Hours of the New Moon by the Ukrainian-born and Moscow-educated Nikolai Roslavets, which is thought to have been composed in the region of 1912 and 1913. It was recorded several years ago for the Hyperion label, with Volkov conducting the BBC Scottish Symphony Orchestra. The work is indebted to Scriabin, Stravinsky, Ravel and Debussy, and the large orchestra it requires oscillates between passages of considerable power and those of sensuous lyricism. Finely wrought though the music is – and granted it received a wholly committed performance – it really is an occasional piece. If the material is certainly colourful, it falls short in terms of originality, and the sudden drop into silence at the end was no brilliant idea on the composer’s part.

Subsequent to that enigmatic opening, Argentinean-born Ingrid Fliter threw herself into the opening pages of Ravel’s wonderful G-major Piano Concerto. Oddly, there was a lack of vitality in much that followed, both from the pianist and also in the accompaniment. Fliter placed too much emphasis on the music’s delicate and languorous elements, to the detriment of its jazzy quality. And an insufficiency of the latter was hardly compensated for by the excessive speed with which the movement closed. The Adagio, too, was drawn out, to such a degree that the poetic potential that lies at its core was sold short, paradoxically. The energetic Finale might have offered a welcome contrast, but a sufficiency of expression was missing and again there was a rush to the finishing line. Sadly, Ravel’s vibrantly witty and poignant work was done less than full justice.

The Shostakovich was terrific, however, and one looks forward to Ilan Volkov’s further appearances with the RPO.