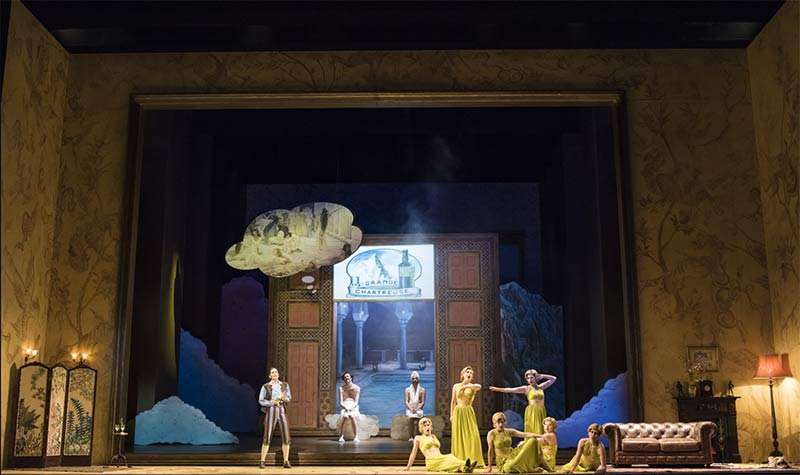 The Royal Opera’s first-ever staging of Chabrier’s opéra-bouffe L’Étoile (1877) has a great deal going for it – a French director, French or French-oriented singers in most of the leads, and an English conductor easing its way for a London audience. The reception, though, was lukewarm – fragile clapping for some of the attractive airs and more brilliant ensembles, polite rather than rapturous applause at the end, with Sir Mark Elder working hard to give the curtain-calls a sense of occasion.

Willing this soufflé not to sag, I reflected on the joys of Eurotrash or the blissfully wry asides from the late, great Terry Wogan at the Eurovision Song Contest, and how they hit the spot in sending up national stereotypes. Both would have had a field-day with all the French froth of an impaling-fixated, oriental despot King Ouf, a quartet of a foreign ambassador Hérisson de Porc-Epic (Hedgehog of Porcupine – ho-ho), his wife Aloès, their daughter Laoula and Hérisson’s not so loyal male secretary Tapioca, all disguised as shop-assistants, and Hérisson concealing from his daughter that she is to be married to Ouf, the whole set-up thrown off course by handsome Lazuli, who has fallen in love with Laoula. 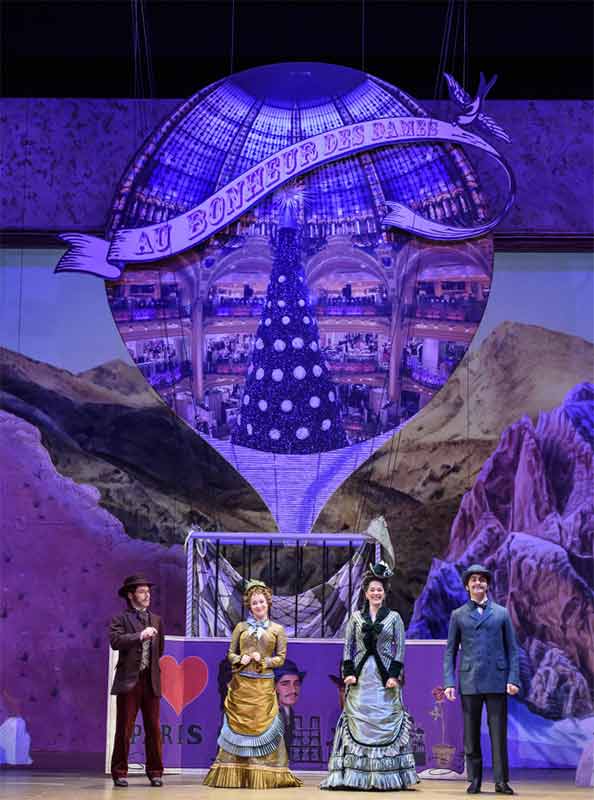 On paper the plot may be complicated, but it’s clear enough as it unfolds in performance. It’s certainly not so hard that it needs explanation through the production’s much-publicised USP, a couple of spoken roles added by the director Mariame Clément, two 19th-century national stereotypes played by the French actor Jean-Luc Vincent and English comedian Chris Addison (among many other things, the superbly treacherous Oliver in The Thick of It). They make sport with the plot and have fun at the expense of the surtitles and of the conductor, and as they tried to forge a link between audience and the nonsense being staged, they raised a few laughs, didn’t often get in the way, and were fitfully audible.

Clément’s frequent design collaborator Julia Hansen has created an attractive peep-show set, with a saucy Monty Python cartoon flavour, the costumes reference periods from the 1950s, back through the Parisian artist Tissot to 16th-century Persian paintings, and there are anachronisms such as flash-cameras and a speedboat in which the lovers elope.

In a theatre of this size, the elaborate and often spectacular staging couldn’t help but dominate the performers, and you yearned for that complicit flash of the nonsense-logic connecting with the audience. Those taking the female parts – including the trouser-role of Lazuli – understood this much better than the men; and it was American soprano Kate Lindsey, as Lazuli, who really bridged the footlights, rising above while still being a part of the silliness and singing with glorious tone and an impressively full and frequently heard lower register. 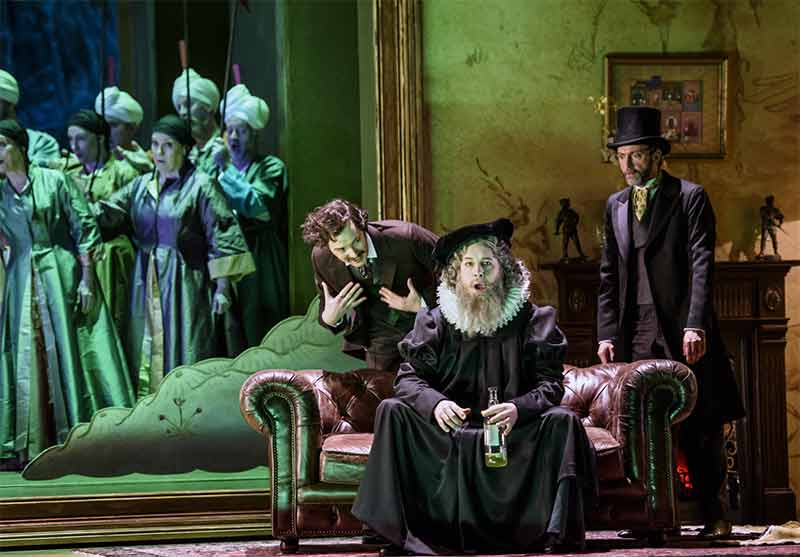 Hélène Guilmette’s light, pretty soprano and anarchic acting made her Laoula a pleasure, and Julie Boulianne’s Aloès was a marvellous portrait of marital exasperation, and she was well diverted by Aimery Lefèvre’s attractive baritone and stage-presence as the ever-obliging Tapioca. Christophe Mortagne was a delight as the loopy, affronted King Ouf, and his nasal tenor was as Gallic as garlic, although his pitch was less than perfect. He and his dodgy astrologer Siroco – Simon Bailey on sonorous, solemn form – had fun with the ‘Green Chartreuse’ duet, a great promotion for the sticky liqueur.

Yet, for all the individual good moments, the evening seemed long and the humour laboured; and in the pit Mark Elder got the point of the music’s charm, less so of its facile lack of substance, so that it didn’t flow spontaneously with the spoken dialogue. It’s a bit too close to Gilbert & Sullivan with a lot of ‘ooh-la-la’, and it wasn’t enough.