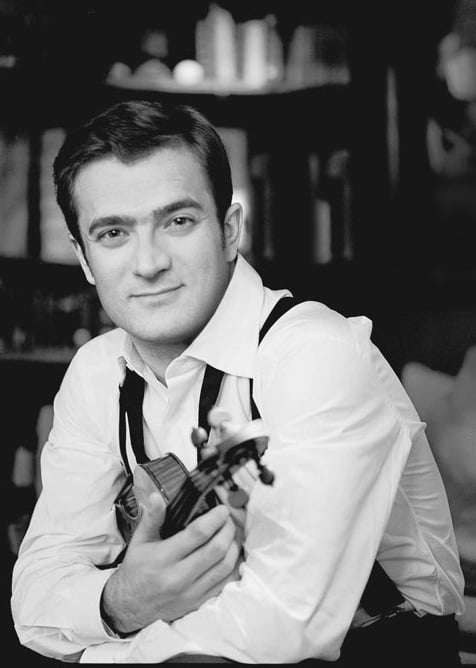 What do you programme with Shostakovich’s epic ‘Leningrad’ Symphony? Since it lasts seventy minutes or longer options are limited. However the presence of cohorts of brass made Fanfare for the Common Man a good choice, then add in Mendelssohn’s evergreen Violin Concerto with a popular soloist.

There is a certain irony that Aaron Copland’s Fanfare should have become the soundtrack for just about every movie and TV series featuring the US President given the occupant of the White House is generally thought of as being the most powerful politician in the World. In a nicely democratic touch Marin Alsop entered along with the musicians and conducted a rousing and imposing beginning to the evening.

After a slightly shaky start and once his intonation had settled Renaud Capuçon gave a particularly stylish account of the Mendelssohn, which resisted the over-inflation which afflicts many readings. In this he was greatly aided by an accompaniment which matched perfectly his conception. Tempos were ideal, less than headlong in the opening Allegro molto appassionato, a marking that can be taken as an invitation to speed, gently forward-flowing in the Andante and, after a subtly timed link, the Finale was deliciously light and quicksilver. Capuçon’s spellbinding playing of the first-movement cadenza was an object lesson in understatement. Other benefits included an eloquent oboe cameo from John Roberts at the close of the slow movement and some often-obscured detail in the Finale. To complete enjoyment there was an unusual encore, a transcription of Gluck’s ‘Dance of the Blessed Spirits’. 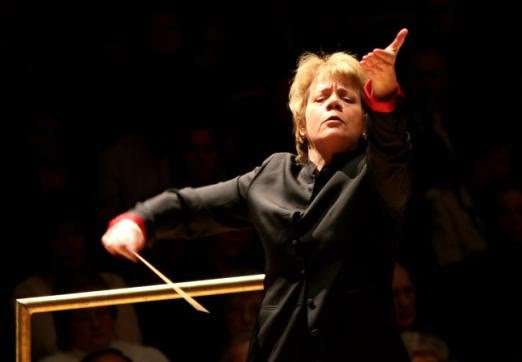 ‘Leningrad’ Symphony saw the stage crowded to bursting point. It us one of my least-favourite Shostakovich Symphonies on account of its bombastic moments but Alsop and the Royal Philharmonic Orchestra made the best possible case for it, thoroughly rehearsed and with Alsop grasping the psychology of the piece. After the opening heroic gesture there is a paragraph depicting Leningrad’s peaceful existence before the approaching storm; if overstated this can seem banal. Here though it served its purpose perfectly and the insidious approaching menace generated by the snare drum(s) and the endlessly repeated phrase which bears resemblance to an aria from The Merry Widow, known to be a Hitler favourite, was also played straight, building gradually to an overwhelming climax. Flautist Emer McDonagh was a huge asset in its backwash and the strings were notably eloquent in the epilogue.

The second movement is Shostakovich at his most Mahlerian. With shrieking clarinet (Katherine Lacy) and vulgar interjections from the brass, the Mahlerian echoes are transmuted into something very Russian. The closing diminuendo was finely graded and the Mahlerian feel continued in the Adagio whose central section was played with real ferocity. Earlier the crepuscular cellos and the little duet for flutes were both especially fine.

The Finale’s transition from darkness to light, from struggle and despair to triumph, mirrors Beethoven’s Fifth, but is ushered in gently, almost diffidently. Parts of the movement such as the extended viola threnody, superbly played, or the gong strokes leading towards the final eruption, are surprisingly gentle as though reflecting an underlying ambivalence. It was hugely to her credit that Alsop did not rush fences, leaving sufficient in reserve for the ultimate paragraph where the horns crown the work with the motif which had opened it and timpani thunder out Beethoven’s victory signal. The ovation which followed was totally deserved.