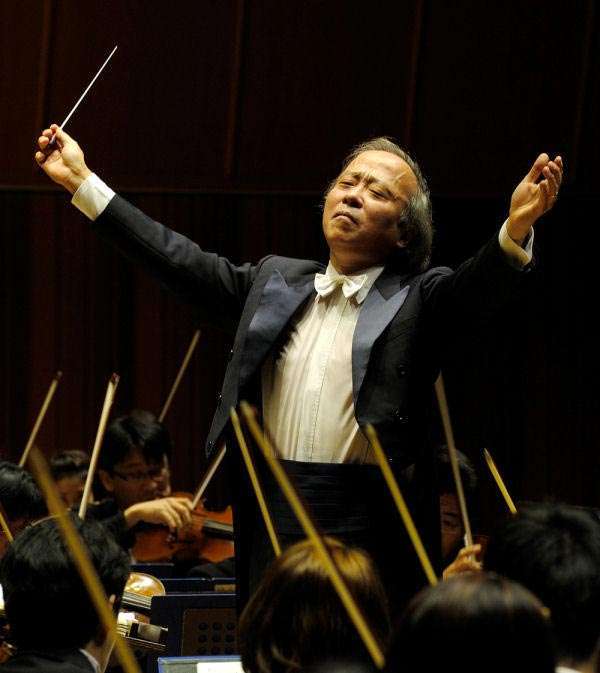 When Tadaaki Otaka was appointed to the (then-named) BBC Welsh Symphony Orchestra in 1987, eyebrows were raised for him being the first Oriental-born principal conductor of any UK orchestra. But within a very short while his performances of major British repertoire, and of new music, certainly demonstrated his suitability for the post. Otaka’s grasp of such masterpieces as Elgar’s First Symphony were impressive.

This programme from the Royal Philharmonic Orchestra brought a large audience, and all three performances were in the outstanding class, opening with Cockaigne, given a reading that was very, very far from being routine. Otaka’s choice of tempos, and their integration in a genuinely symphonic manner, certainly raised the stature of this interpretation to a high level. The RPO responded with a tangible sense of collaboration, but the reading was far more than being about the speeds seeming right – the delicacy of the playing, in those passages of what might be termed whimsical reflection, was a delight, and the rumbustious military-band picture of the pomp and circumstantial elements was something else – allied to a constantly-shifting chiaroscuro of colour and expression: here, surely, was Cockaigne as Elgar would have wished, and which he achieved completely in the second of the three recordings he made of the work. Otaka was deeply impressive – imaginative and thoroughly at home – and the RPO’s response told its own story, allied to the always welcome but nonetheless not always encountered inclusion of the ad liborgan in the closing pages, the RFH instrument capably and sensitively played by Philip Scrivens. 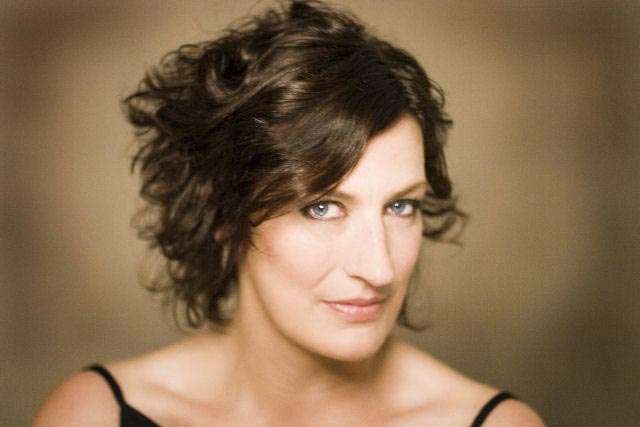 After this uplifting beginning, the entrance of Sarah Connolly for Sea Pictures was eagerly anticipated. The first encouraging sign was her arrival without music: Connolly knows these five songs well enough to rely on her memory, so she – and we – could concentrate entirely upon the music. The second encouragement was the superb balance between singer and orchestra – Otaka also knows this music, having given this virtually symphonic song-cycle at the 2008 Proms with Christine Rice – and, on this RFH occasion, the sympathetic and wholly admirable partnership of soloist and conductor produced a rendition that will long stay in the memory: subtle and evocative, most beautifully phrased by Connolly with a consistency of timbre that was impressive, but what crowned things was Connolly fearlessly taking the (surely correctly intended) top G and top A in ‘Sabbath Morning at Sea’ and ‘The Swimmer’ respectively. This was a superb account – the (again optional) organ part being welcome, and in the circumstances necessary, colouration.

After two such excellences, one hoped for great things in Belshazzar’s Feast, and – as with Otaka again at the Proms, in 2012 (a performance I missed) – our desires were fully met. With the full-strength Bach Choir and the two additional brass bands (also a choice) placed aloft left and right, this was not to be a performance driven by parsimony. The musical riches were considerable, not least from the wholly outstanding solos of Neal Davies. His contribution was superlative – every word clear and finely delineated, dead in tune (even in the long unbarred unaccompanied recitative “Babylon was great city”), understated and heroic by turns: in this listener’s experience, only Denis Noble in the composer’s own first recording of the work is to be compared – Davies is absolutely right for this role.

I have heard both Walton himself and Malcolm Sargent (who conducted the first performance in 1931) give stunningly impressive live accounts of this thrilling and still completely unique masterpiece, but this – to my astonished delight – was right up there with them, and the RPO responded with considerable vigour and subtlety – and accuracy, in this still-difficult score. The Bach Choir was outstanding (just a shade of uncertain intonation from sopranos on a couple of occasions) and this was a Feast to treasure. A great concert and a fine tribute to the power and depth of British music: where are the Elgars and Waltons of today?