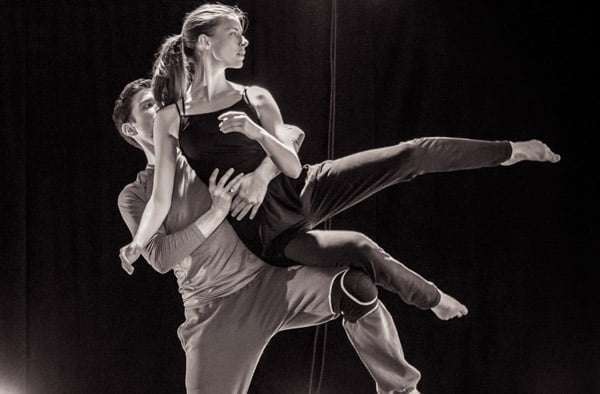 There are moments when it is good to take stock of an artist’s creative career, and sometimes it falls to an artist to do so his or herself. So it is right that Russell Maliphant and lighting designer Michael Hulls mark their two decade collaborative relationship with a programme at Sadler’s Wells. Maliphant has carved himself a distinct niche in the British dance scene with his own fusion of movement styles, from his own training in classical ballet to capoeira and tai chi. Hulls is as close to a virtuoso lighting designer as this country has: his concepts are always striking, but what he achieves is a real and stimulating interplay with the movement on the stage, the lighting almost becoming part of the choreography itself.

This slightly over-long quadruple bill of their work amply demonstrates the many felicities of their collaborative partnership, and both artists are to be praised for their continuing creativity; long may it continue. A warm welcome to the dancers of Munich’s Bayersiches Staatsballett for whom Maliphant choreographed Spiral Pass in 2014 and who here perform it with a fresh quality and evident relish. Maliphant is obsessed by circles – as seen in his highly successful solo for Daniel Proietto based on Nijinsky’s circle drawings Afterlight – and this work again and again returns to them, dancers tracing repeated versions like human Spirographs. At one time, the women are dragged in a seated position round and round, or a dancer turns on his knees in ever tightening circles. 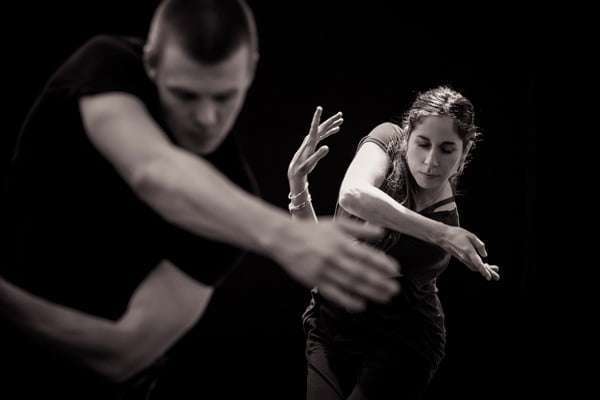 At the work’s centre, the fascinating, cooly impassive Lucia Lacarra, reigning ballerina in Munich, extraordinary in the beauty of her movement and nowhere more impressive than in a central section as she is lifted and passed between four men, at times raised horizontally, at times standing on their shoulders or stepping from one flexed forearm onto another, at others falling into their arms. Maliphant is master of this type of supported adagio in which the flow is never interrupted, an arc of movement achieved seemingly without effort.

To see the 2003’s Broken Fall immediately after Spiral Pass did little for it, and it was something of a let-down. Initially made on Sylvie Guillem and the Balletboyz Michael Nunn and William Trevitt, it was sensational in its use of seemingly dangerous leaps and falls. But Spiral Pass uses the same vocabulary, so that particular choreographic bolt had already been shot in this programme. In comparison, it also comes across as rougher, less impressive. What it lacked in this performance was the undoubted star quality of Guillem and her brace of men: Yu-Sien Wu is a compact dancer, so the unfurlings and surprising flicks of the famed long Guillem legs are simply not achievable for her. 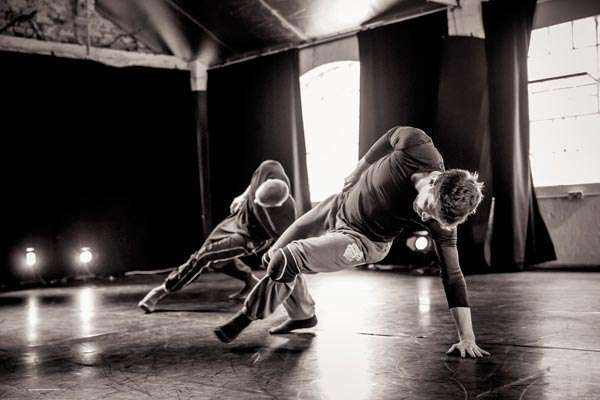 The Maliphant/Hulls collaboration is also often joined by a third creator, the composer Mukul Patel, who specialises in a sort of ambient electronic soundscape which morphs in and out of pulsating rhythm. With three of the four works set to his compositions, there was a quality of sameness to what we were hearing – all very appropriate in each individual work, but beginning to pall by the end of evening. In a new work Piece No.43, an extraordinary moment occurs when we move from Mukul’s sound world to the famous slow movement of Beethoven’s Sonata No.14 in C sharp minor. Maliphant’s taste is generally for commissioned music, so pairing his movement to Beethoven brought a wholly new side to his choreography and proved a highlight not only of this work but also the evening as a whole.

To this sublime piano music he sets a duet for men who are rarely vertical, but who crouch and move hunched in two squares of light. The brilliant touch is to have three women assuming sculptural poses together in the background, a stimulating visual counterpoint to the men. Finally, one by one the dancers back away into the darkness. It would have made a superb end to the work, but Maliphant takes it further and the moment is lost.

Dana Fouras, Maliphant’s wife, was a promising young dancer with The Royal Ballet before leaving to pursue an independent career. Here, she makes a welcome return in a solo “both, and” in which she moves mesmerically, backlit at times so that her shadow(s) appear on a front scrim. Maliphant focusses on what really interests him in movement: the upper body and arms, and Fouras wheels and shapes hers while her feet remain largely planted.

Maliphant is not an ‘arial’ choreographer and is rarely concerned to see his dancers in flight. They are either lifted or they remain earthbound; he uses the floor constantly, dancers often crouching and lying on it, seemingly reluctant even to assume any sort of verticality. Perhaps four works by him do reveal a degree of sameness and certainly a focus on particular parts of the body and certain movements tropes, but Maliphant remains an interesting choreographer of talent and integrity who certainly chooses his collaborators with care.