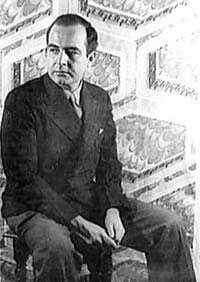 Samuel Barber was born on 9 March 1910, so the Park Lane Group’s centenary tribute was a timely one. However those attending on the basis that the advertised programme included the first European performance of the Violin Sonata were to be disappointed. Written when the composer was in his late teens, the work won him a prize from Columbia University in 1928, but was deemed not to be in a fit state for performance.

Replacing it was the early Cello Sonata, beginning a generous programme of chamber music and songs that could have formed a 50th-birthday concert, concentrating as it did on the early part of the composer’s career. It was a shame in this respect that a work such as the Ballade for solo piano was not included.

Due perhaps to its late inclusion, the Cello Sonata betrayed the possibility of a lack of rehearsal time, with the outer movements technically sure-footed but lacking a little cohesion, with heaviness applied at times in Hiroaki Takenouchi’s left-hand. That said James Barralet led a particularly strong second-movement scherzo, framed by two more-elegiac passages where the cellist exercised a plangent tone.

A fiery account of the Piano Sonata from Clare Hammond ended the first half, building on her performance of the same work at the Purcell Room in January during the PLG’s week of new music and young performers. Once again she demonstrated a formidable technical command, as well as a strong affinity with the composer’s quickly changing moods. A stern-faced first movement was darkly coloured, the mood lifting for a vivacious scherzo. Hammond performed the movements with as little break as possible, moving from the cold Passacaglia to the strident fugal subject of the finale with apparent ease. Her virtuosity was stunning at times, all the more so for being so dedicated to the composer’s intentions. 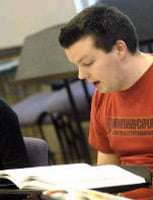 Barber himself was a competent baritone, and his first published works for voice were written for his own vocal range, the composer recording “Dover Beach” (for baritone and string quartet) in 1936. David Butt Philip sang with touching sensitivity, capturing the sense of melancholy running through Matthew Arnold’s poem. After the interval we heard a pleasing selection of early songs, spiritedly accompanied by Simon Lane. Perhaps the two most famous for voice and piano, ‘Nocturne’ and ‘Sure on This Shining Night’ inhabited a similar harmonic world to the contemporaneous Violin Concerto, with the latter beautifully restful. The three Opus 2 songs were simple but effective in construction and were sung without affectation, though the strange accompaniment of ‘Bessie Bobtail’ was a touch brittle.

Performing the String Quartet in its entirety was a pleasing touch, for while the celebrated Adagio forms the centrepiece of the work, hearing it in context was more valuable still. The quartet is rather lopsided in form, due to problems experienced by the composer in completing the finale, which stands as little more than a coda reprising the main ideas of the first movement. Despite repeated attempts by Barber the work appears to have stayed that way, with alternative approaches to the finale seemingly unpublished. The Solstice Quartet was underpowered at times when playing the unisons of the first movement, but secured nonetheless some clean melodic lines. The Adagio itself was pleasingly unsentimental but still heartfelt, its long phrases unfolding naturally under Jamie Campbell’s leadership.

Finally, to end a concert that had concentrated on the European aspects, we moved back to New York for the raucous Souvenirs. These were sent-up beautifully by David Eaton and James Young, who could perhaps have projected the winning melodies a little more, but succeeded in an extravagant ‘Hesitation-Tango’, a delicate ‘Pas de Deux’ and a brash ‘Gallop’, with charm and humour in abundance. Inspired by the composer’s frequent visits to the city’s Plaza Hotel, these are witty and irreverent postcards, an ideal way to finish the evening. Through its course we heard a persuasive case made for Barber’s output, with melody and emotion at the forefront of his musical thinking.